Surfshark vs. ProtonVPN: which one is for you? 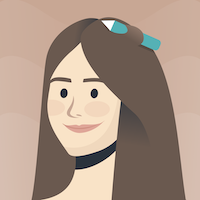 Comparing VPN providers can be tricky since there may not be any noticeable distinctions between them, making it challenging to pick the right one. In this Surfshark vs. ProtonVPN comparison review, we will guide you through the benefits and drawbacks of each so you can choose the best VPN for you.

Surfshark vs. ProtonVPN: at a glance

* Available in most locations.

After a quick look, it seems that Surfshark and ProtonVPN mainly differ in price, simultaneous connections, and servers.

Yet, the table above barely scrapes the surface, so the differences between the providers might still be unclear. You must dig deeper into the technical details before deciding whose hands to put your safety in. So let’s dig together!

First and foremost, both VPN service providers guarantee complete security as they practice a strict no-logs policy. That means they don’t keep a record of your online activity. Surfshark is based in the Netherlands, and ProtonVPN’s headquarters are in Switzerland – ideal locations for data protection.

Technically speaking, there are a few intricacies that would allow me to assess the security section of both VPN providers, one of the most important ones being encryption.

There is no crucial difference regarding VPN protocols and DNS (Domain Name System) status when comparing Surfshark and  ProtonVPN. They both offer WireGuard, OpenVPN, and IKEv2. Also, both VPN providers ensure that your DNS requests will be handled by their private DNS so no one can access them in an unencrypted format.

From VPN protocols to data encryption, you can see that most of the security features between Surfshark and ProtonVPN are similar. Both providers offer the same VPN protocols, Kill Switch, and use robust AES-256 (Advanced Encryption Standard) encryption.

Along with AES-256 encryption, Surfshark and ProtonVPN also use ChaCha20 encryption for the WireGuard protocol. Both are very similar, but the main difference is that AES-256 divides data into blocks, whereas ChaCha20 ciphers each bit of data separately. Hence, some consider the latter to be faster, although the differences in speed and complexity are minor.

ProtonVPN uses a 4096-bit version of the RSA (Rivest-Shamir-Adleman) encryption key, but the 2048-bit version is already secure enough. The RSA-2048 bit key would take approximately 300 trillion years for an ordinary conventional computer to crack. So doubling the number of bits to add that extra layer of protection brings one drawback – speed.

Surfshark and ProtonVPN guarantee strong and unbreakable encryption to protect your online activities and data.

Imagine your internet connection was as fast as Lightning McQueen when connected to a VPN. Wouldn’t that be amazing? While your VPN connection speed defeating Chick Hicks would be a unique conversation starter, VPN and car speeds are measured differently (obviously). But let’s press the brake pedal and learn how the VPN speed is measured.

Surfshark and ProtonVPN servers offer a speed of at least 1Gbps. Both VPN services also say that in most locations, their server speed can reach 10Gbps. That’s not too bad, considering you only need 3Mbps for video calls and 30Mbps for browsing.

As mentioned, both Surshark and ProtonVPN use the WireGuard protocol as they identify it as the fastest one.

How do we know it is the fastest? Well, we carried out many tests – just like in school. We tested the server speed of both VPN providers across the US, the UK, Australia, and Japan. Our research baseline was 300 Mbps download speed and 250 Mbps upload speed.

A few words before the big reveal: speed can differ. It depends on many factors, such as location, device, network, ISP (Internet Service Provider), etc. So let’s move on to the results, shall we?

As you can see, there aren’t any significant differences. Surfshark provided a better download speed, and ProtonVPN’s speed was better for uploads. Interestingly, giving upload speeds up to 12 Mbps in some locations caused setbacks for both VPN services.

While we were at it, we also tested Surfshark and ProtonVPN servers on the OpenVPN protocol.

Surfshark performed better on both download and upload speeds on the OpenVPN protocol. However, the differences aren’t that significant.

Apart from serving a VPN’s main purpose – protecting your connection online – both Surfshark VPN and ProtonVPN are packed with additional features under their hood. Truly a cherry on top.

For your convenience, we will briefly explain all the features.

Prevents your browsing from ads, trackers, malware, and phishing attempts. Surfshark offers CleanWeb and ProtonVPN has a NetShield feature – both work as ad blockers.

Avoids the annoying cookie consent pop-ups. It is available as a Surfshark browser extension feature. It is not available with ProtonVPN.

Disconnects your device from the internet if the VPN connection drops unexpectedly. Both Surfshark and ProtonVPN offer extra protection through a Kill Switch.

Tricks GPS-enabled apps such as Google Maps, Uber, and Snapchat into thinking that you’re elsewhere. Surfshark offers this feature on Android devices. GPS spoofing is not accessible with ProtonVPN.

In a P2P (Peer-to-peer) network, all computers are equal and access all or some part of the same resources and data. P2P sharing is available using both Surfshark and ProtonVPN.

Allows you to use VPN through network restrictions such as geoblocking or government censorship. Surfshark offers this feature on all operating systems. ProtonVPN doesn’t provide this feature.

This feature allows you to select particular apps & websites to bypass the VPN tunnel. Surfshark calls it Bypasser, and ProtonVPN sticks to the original title of Split tunneling.

Delivers the best VPN speeds and more stable VPN connection. ProtonVPN has built it in all ProtonVPN applications, whereas Surfshark doesn’t support such a feature.

Both VPN services can boast about having their own private DNS. It converts domain names into IP (Internet Protocol) addresses. That said, no one, even your ISP and DNS provider, will ever have access to them in an unencrypted form.

Secures your browser only instead of the whole device. Surfshark offers extensions for Chromium-based browsers (such as Microsoft Edge, Brave, etc.) and Firefox. Browser extensions are not available with ProtonVPN.

This function provides you with double encryption. In other words, it makes your connection even more secure by connecting you via two different VPN servers. Surfshark calls it MultiHop, and ProtonVPN calls it Secure Core.

Use private DNS while streaming on your SmartTV in case it doesn’t support the Surfshark app. Surfshark makes sure to cover even unsupported devices, such as AppleTV. This feature is not available with ProtonVPN.

With Surfshark, you can enrich your base VPN subscription for an extra price and get the Surfshark One bundle. Use Surfshark Antivirus to protect your devices from viruses and malware, Surfshark Search to perform anonymous and ad-free searches, and Surfshark Alert to protect your accounts against data breaches.

Although both VPN services provide a wide variety of additional features, Surfshark VPN takes the lead here as it has more features available to its users.

When using a VPN, you connect to your VPN provider’s available locations to hide your IP address and protect your online connection.  If there are more server locations, there are more alternatives for hiding your internet traffic. On top of that, if a service provides more servers in particular locations, you can get less busy traffic, which results in better speeds.

Surfshark outshines ProtonVPN in this section. It offers more than 3,000 servers and is deployed in almost 100 countries.

Comparing servers and their locations

If we’re looking at servers within specific countries, the most significant difference is in the US. But either provider will work if you use locations in the UK, Australia, Canada, the Netherlands, or Germany.

You have to ensure that your VPN will perform while connecting to or being in a restricted country. Surfshark offers servers in countries known for network and VPN restrictions – Egypt, Myanmar, Turkey, the UAE, and Uzbekistan. To counter network restriction issues, Surfshark offers the NoBorders feature. If Surfshark’s app notices network limitations, it provides you with a selection of the best servers at that moment.

As for ProtonVPN, they have implemented alternative routing. If their software cannot establish a direct connection to their servers, it will route your connection through unblockable third-party services. As well as that, they provide the Smart Protocol feature that enables you to connect to Proton VPN even if some VPN protocols or standard ports are restricted.

Surfshark offers more countries and has a more significant server count. More servers – less loaded traffic. Both VPN services provide complete lists of server countries, so check that out before choosing the right VPN provider for you.

It’s nice to have a service compatible with all your devices. So, let’s imagine a situation. You get a VPN and decide to spend an evening binging your beloved TV series on your laptop. But your laptop breaks in the middle of the final episode. You try to connect to the VPN on your TV, but nothing happens – you don’t have a VPN app on your TV. You double-check your provider’s website and learn that your VPN is not compatible with your TV. What a bummer!

The moral of the story is you have to think about the devices you regularly use and the service’s compatibility with them. It will help you make a better decision.

Also, remember that Surfshark doesn’t limit the devices you connect to your account.

ProtonVPN’s interface includes a world map and only comes in a dark theme on their app. You have an option to fold up the map and stay with a list of locations. It looks like this:

Surfshark’s interface can be either light or dark. It doesn’t contain any distractions – you can see the complete list of servers, the selected server’s details, and your location information. Pretty handy, right?

Surfshark is compatible with more devices and services and can be used on an unlimited number of devices.

Surfshark and ProtonVPN both offer three plans – a 1-month, 1-year, and 2-year plan. While you can see that ProtonVPN offers a cheaper 1-month plan, Surfshark takes the win in the long run by providing a more reasonable 2-year plan.

Both VPN services come with a 30-day money-back guarantee. So if you decide to give either service a shot, you can do so risk-free.

Although Surfshark VPN offers a more expensive 1-month plan, it’s much cheaper in the long run.

We believe how a service takes care of its customer needs says a lot about the service itself. That’s why we will also evaluate Surfshark and ProtonVPN’s customer support.

As you can see from the table, ProtonVPN responds faster via email. They accomplish a quick response by pushing a support form for customer inquiries.

On the other hand, Surfshark offers live chat and Youtube video guides – a lifesaver for quick answers or solutions.

Surfshark vs. ProtonVPN: the results

Surfshark vs. ProtonVPN: who wins?

While both Surfshark and ProtonVPN offer excellent service, this race has to end with the winner announcement. That said, after analyzing all the areas, we have to give the win to Surfshark.

Surfshark wins this Surfshark vs. ProtonVPN comparison race for:

While we consider Surfshark to be better, it all comes down to your daily needs. You’re in charge of the steering wheel, and deciding where to park in this VPN market is up to you.

Is Surfshark VPN better than ProtonVPN?

Yes, it is. ProtonVPN uses the robust AES-256 encryption that is almost impossible to crack. The source code for each ProtonVPN app on different devices is publicly available to check if it is safe.

Is ProtonVPN the best VPN?

ProtonVPN is one of the best VPNs on the market. It uses powerful encryption, is user-friendly, offers good speeds, and supports up to ten connections and P2P file sharing.

Surfshark vs. ExpressVPN in 2022: an extensive comparison guide

Surfshark vs. PIA – which VPN is better?

Surfshark vs. IPVanish: Which one to choose in 2022