Hackers often try to get control of phones and tablets to run botnets, to copy your data, or to hack into your financial accounts

Have you ever had your personal computer infected by malware? That’s not a great feeling, is it? It can happen to your phones and tablets as well. Hackers have multiple reasons and numerous ways to infect your gadgets. However, do not panic. There are many ways to know if your phone was hacked and how to fix it.

Common ways of hacking your phone

Hackers have multiple approaches for breaking into your phone. Here are some of the most common ones.

A phishing message can come via email, text, or social media. It may contain a link or a file. Whatever form it takes, it has only one goal: to get malware on your phone. You can find some of those in your spam folder. However, a lot of malware types spread by sending messages to the contacts on an infected device – that’s why you can get a phishing email from or even a Facebook message with a link from a friend.

A criminal may set up an open, unencrypted Wi-Fi hotspot in a popular location. This way, they can skim the data transferred through the router. They can also route you to phishing websites or just look-alike sites to steal your log-in data.

Beware of public USB charging stations and those found in rental cars. A USB charging cable is also suitable for transferring data. Hackers can use them to steal your information – or install malware on your phone.

Some apps allow suspicious spouses and bosses to collect information on your phone. Usually, they require someone to access your phone to install them physically. Once in, they’re hard to detect. After all, many of them can be found on Google and Apple stores as legitimate apps.

The name may sound silly, but it’s a real thing. Bluesnarfing means breaking into the phone via a Bluetooth connection. First discovered in 2003, it’s not a very difficult hack to do.

Some of the more technically intense methods exploit vulnerabilities in the ancient protocols used by mobile networks. SS7 – Signaling System 7 – came in use in 1984. It is the base for a lot of telephony and allows malicious actors to steal data as it is transmitted.

IMSI-catching relies on the fact that phones have to transmit their IMSI code – but cellphone towers don’t. Your phone will try to connect to the IMSI-catcher posing as a tower, thus allowing it to gather information.

At the lowest level, it would be the location and operator data. Go higher and you can intercept calls and messages. This was previously used by law enforcement – like the FBI’s favored Stingray – but cheap DIY solutions are becoming more common. 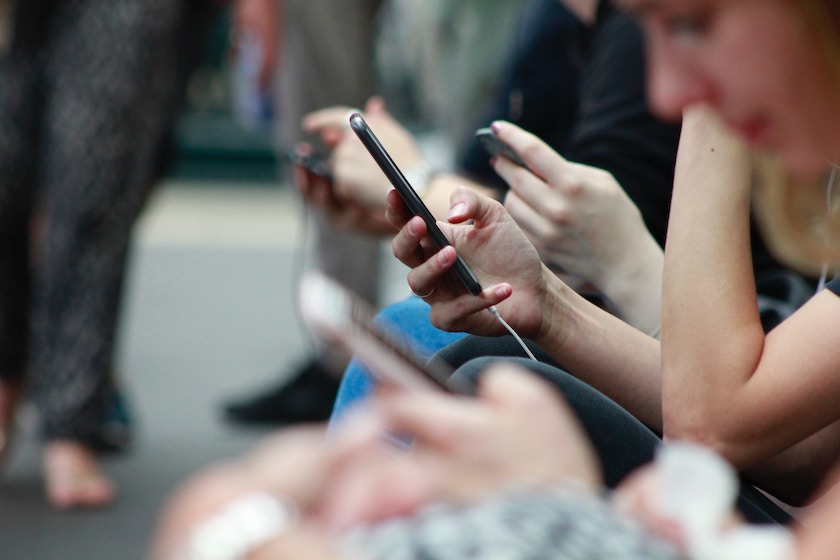 How to know if your phone is hacked

Here are the most common symptoms a hacked phone will exhibit. Individually, they may be annoying. But if your phone shows several of them, you can tell that your phone has a virus.

1. Your device is slowing down/heating up/draining battery for no reason.

There are several reasons why the phone would slow down, heat up, or start gobbling up energy.

If you haven’t carried out any OS updates recently and you’re not running any resource-intensive apps, you should start worrying. This may be a sign that there’s malware running in the background. Hackers may be using your phone to mine cryptocurrency, which is resource-intensive.

That’s why you should check what apps are running, how much memory they’re using, and how much free space exists on your device. If you can’t find the reason, hackers may have infected your phone.

Malware on your phone may use your email, instant messaging services, and text messages to spread itself to your contacts. It usually sends messages in your name and attaches a link or a file that would infect other devices. If someone complains to you about something suspicious you sent, start looking into it.

3. Your data usage increases without you doing anything/there’s a spike in your phone bill

Unexpected increases in data use could mean that your phone was hacked to send data; for instance, mine cryptocurrency or steal your photos. It may also mean that a hacker is spying on you or something similar. Check your app data usage and see which app could be blamed for that.

Also, be aware of strange background noises and interference when you make a call. It may be a sign of a weak reception. However, it may also show that your call is being tapped, and someone is spying on you by listening to your calls.

4. You notice a new app you didn’t install and/or the antivirus software has been uninstalled.

The former means that somebody – a hacker, abusive spouse, or someone else – has installed spyware on your phone. The latter may be the effect of a virus protecting itself – malware sometimes uninstalls antivirus software.

If your phone was physically accessed, the culprit might have changed the settings manually. If you notice that Bluetooth is on despite you not using it, this may be a sign of malware using it to infect other devices – or to transmit data.

6. Phone reboots without reason, may not shut down at all, or acts bizarrely

It’s bad if your phone restarts without any warning, doesn’t shut down, or is opening apps and calling people on its own. Software errors may cause that. It may also be a sign that a virus or a hacker is accessing your phone remotely.

7. Purchases that you did not make show up on your credit card

This could indicate some other form of credit card fraud, but a hacked phone is one of the ways that a thief can use to get around fraud protection. Also, it’s worth checking your phone if your bank informs you that they blocked a suspicious transaction.

How to un-hack your phone

If your smartphone (or tablet) shows several of the symptoms and you think it may have been hacked, there are some things you can do:

1. Run an antivirus and malware scan on the device.

This is the easiest, most obvious way to find and remove malware or a virus. You should run scans with more than one app, as they don’t always have the same threat library.

Technology and dedicated cybersecurity websites will often write about new widespread threats. They will often describe ways to remove malware and secure your phone.

3. Remove any apps you don’t recognize

Uninstall apps you installed without using the official app store. If an app looks suspicious, you can check online to see if it’s a threat.

4. Show it to a professional

Sometimes, you need expert knowledge to remove a hacker from your phone. Take your phone to a reputable phone repair shop. They can carry out a more in-depth maintenance check as well.

This is the nuclear option. Wipe the storage in your device by restoring the factory settings and reinstall only those apps that you need.

6. Change all your passwords

If your smartphone has been compromised, so might have been your accounts. Change the passwords for your email, social media, and other accounts (using a secure device, of course).

How To Protect Your Phone From Hackers And Malware

Removing a hacker from your phone isn’t easy – it’s better not to allow one access to your phone in the first place. Here’s what you can do.

A public Wi-Fi may actually be a honeypot set up by a hacker that wants to steal your data. Secure your connection with a VPN. A VPN encrypts your data traffic, so any digital packages a hacker snatches will be useless.

You should also turn off your smartphone Wi-Fi auto-connect feature. Only connect manually and to networks you trust. And even then, it’s better to secure your connection with a VPN.

You should also turn off Bluetooth and personal hotspot functions as soon as you stop using them.

2. Only install apps via the official app store. Backup your data.

The software on an official app store is much less likely to contain malware. They may still possess some privacy risks, but nothing criminal. Meanwhile, backing up your data and contacts will make phone wipes and factory resets easier decisions to make.

If you have to ask if it’s suspicious, it is suspicious. Remember that malware can spread itself by sending messages to contacts – so even links and files from people you know may be infected. Don’t open the file or the link – and inform the person of what happened.

4. Install antivirus software and keep it (and other apps) updated

Commercial antivirus software will keep you protected from common threats. App and OS updates often include fixes to some recently-uncovered security issues.

5. Only charge your phone (or tablet) on a trustworthy charger

USB chargers can be used to compromise your phone – if you can use them to transfer data, so can hackers. Be careful with charges in rental cars as well. If you must, then make sure to choose the “Only Charging” option on the phone.

A VPN encrypts your internet traffic, which means that hackers cannot steal your data using, say, a fake Wi-Fi station. It also keeps you safe while you’re browsing online. Of course, you still need to avoid suspicious links/downloads.

7. Use a PIN or other protection on your phone and never leave it unattended

This will serve as a barrier to hackers and criminals who get physical access to your phone.

Avoid storing your credit card information and bank credentials on your phone.

Remember: prevention is better than cure. This means that you should keep your smartphone safe whenever possible. A VPN goes a long way towards that goal, while one Surfshark subscription can protect an unlimited number of devices. Use it to secure not only your smartphone but also the phones, tablets, and computers of your entire family. 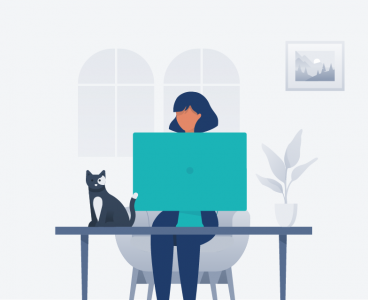 How To Tell If Someone is Watching You: Is Your Webcam Hacked? 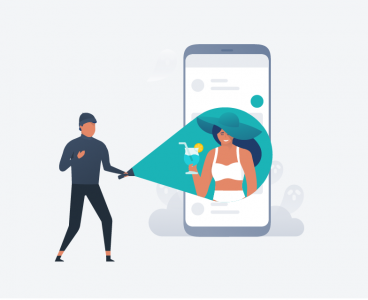 What Are Fake Apps and How to Spot Them