Scientists discovered that a hack happens on average every 39 seconds – and that was back in 2017. That number is constantly changing for the worse, especially when you consider that hacking – and thus phone hacking – grew by 11% between 2018 and 2019. And some of those hackers will be targeting your smartphone or tablet.

But how can you know if your phone is hacked? And how can you protect yourself from being hacked in the future? This article is here to answer these questions.

How to tell if your phone has been hacked

Android devices are more susceptible to hacks, but iPhones aren’t entirely safe either. So stay on the lookout for these signs above. They are the most common symptoms that will let you know that your mobile device has been hacked.

Individually, they don’t necessarily indicate that a hack took place, but if your phone shows several of them, you can tell that your phone has a virus or has become the target of a hack. We’re going to explain the whys and hows now.

There are several reasons why your phone could slow down, heat up, or start gobbling up energy.

That said, if you haven’t carried out any OS (Operating System) updates recently and you’re not running any resource-intensive apps, you should start worrying. This may be a sign that there’s malware running in the background. For example, hackers may be using your phone to mine cryptocurrency, which is a resource-intensive process.

That’s why you should check which apps are running, how much memory they’re using, and how much free space exists on your device. If you can’t find the reason, you have had your phone hacked.

If your phone is hacked, the malware that the hackers left on your phone may use your email, instant messaging services, and text messages to spread themselves to your contacts. They usually send messages in your name and attach a link or a file that would infect other devices.

If someone complains to you about something suspicious you sent, start looking into it – it may be that your phone has been hacked!

Unexpected increases in data use could mean that your phone was hacked to transmit data; for instance, it may be using your phone’s resources to mine cryptocurrency or steal your photos. It may also mean that a hacker is spying on you. Check your app data usage and see which app could be blamed for that. If there are any anomalies, you can tell that your phone has been hacked.

You may also notice that your phone bill has increased – yet you don’t remember making that many calls. It would be a sign to check your records for numbers that you didn’t call. If you find any, your phone might’ve been hacked, and criminals may be using it as a proxy.

Also, be aware of strange background noises and interference during phone calls. It may be a sign of weak reception. However, it may also show that your call is being tapped, and someone is spying on you by listening to your calls.

Finding suspicious apps means that somebody – a hacker, abusive spouse, or someone else – has installed spyware on your phone. Your antivirus software disappearing may be the effect of a virus protecting itself – malware sometimes uninstalls antivirus software. If you didn’t do it yourself, it’s one of the ways you can tell that your phone is hacked.

If your phone was physically accessed, the culprit might have changed the settings manually. If you notice that, for example, your Bluetooth is on despite you not using it, it may be a sign of a malicious app using it to infect other devices or to gain access to your personal data.

It’s bad news if your phone restarts without any warning, doesn’t shut down, or is opening apps and calling people on its own. Of course, benign software errors may be the cause of that. Having said that, it may also be a sign that your phone is hacked.

If you start seeing purchases you don’t remember popping up in your credit card history, it means there’s trickery afoot. Now, it can be some other form of credit card fraud, but a hacked phone is also one way a thief can get around fraud protection. It’s also worth checking your phone if your bank informs you that they blocked a suspicious transaction.

How to know that my SIM card is hacked (5 signs)

Cloning, swapping, or hacking a SIM card is harder to carry out than just hacking a phone and gives fewer benefits to the hacker, but it can still happen. Here are some ways to tell if your SIM got hacked:

How to find out who hacked your phone

Finding out who hacked your phone depends on the hack. If it was a link in an email or if you were hacked using vulnerabilities of jailbroken iPhones and unofficial Androids, then it is impossible to tell who did it.

Now, if you found one of the approved spy apps that come from either the Google Play Store or Apple Store installed on your phone, it had to be someone with physical access to your phone. It could be someone you know or anyone really if you leave your phone unattended in public settings. But if the culprit did it without logging in to any of their own accounts, it’s hard to tell. 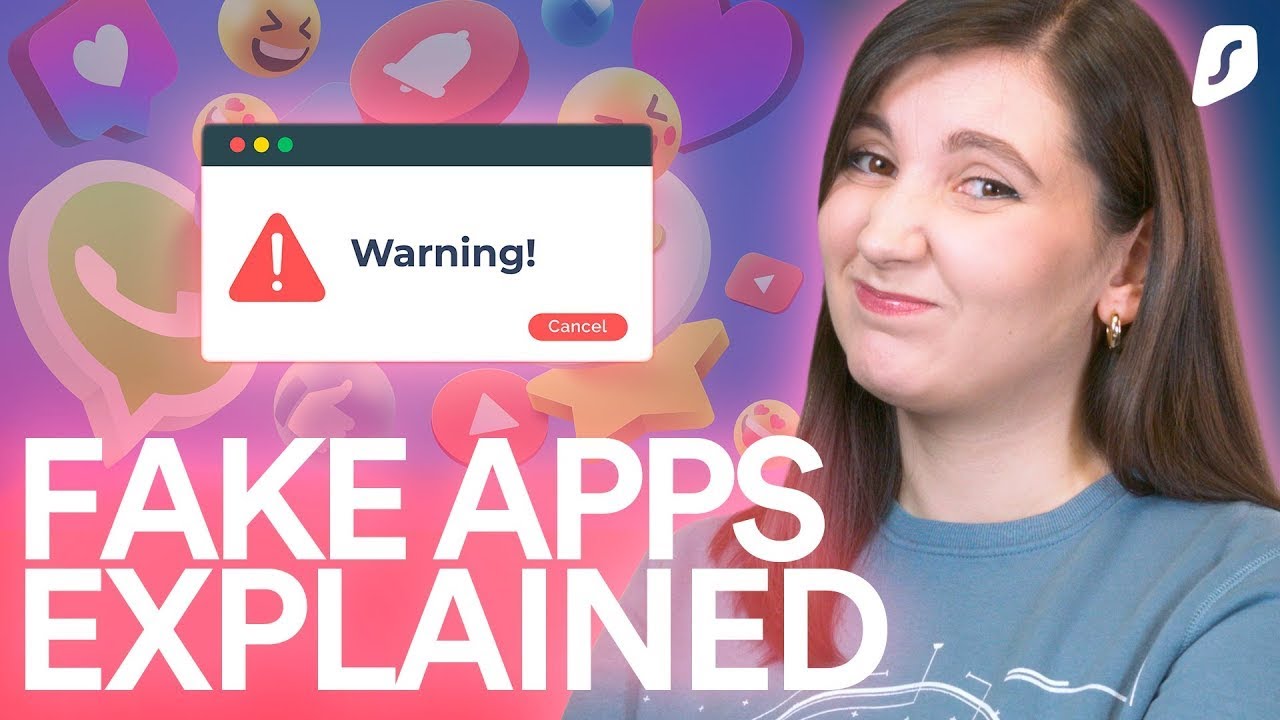 What to do if your phone is hacked?

Once infected, the plan of action should go as follows: reset the phone to factory default → scan for potential viruses → inform your contacts.

Factory reset is the deletion of data on your phone and returning the settings to the factory baseline. Besides deleting your contacts, pictures, and notes, any dangerous apps will be deleted as well.

So will a factory reset remove hackers from your device? Usually, but not always, since experienced threat actors can plant malware even deeper – next to the data that’s vital to your phone’s operation.

Reinstall your OS and scan your phone with anti-malware software

If you have a compromised phone, there is a 100% chance the hacker has downloaded malicious software onto your phone. Some hackers can even create malware that avoids the factory reset with ‘’Factory Reset Detection.’’

Also, if a malicious app has root access (only applicable to android phones), you’re going to need to reinstall the operating system altogether. Simply put – if malware has access to major executive controls (applicable to any piece of software) – no number of resets will help.

Other than that, you need to have an antivirus program to check all of the files on your device and delete any threats it comes across. So whatever happens after the hack, don’t forget to run anti-malware software and make a habit out of it.

A man-made virus works very much like a pathogen – it needs to spread to other hosts. In this case, a malicious app is transferred through a message or a phishing link sent from your device. So that nobody would open a fatal email or a link, you have to do your part and inform your contacts.

How can I protect my phone from hackers?

So now you know the signs of being hacked, but how do you prevent this from happening in the first place? Here are some safety tips:

And, now, in a little more detail:

Avoid public Wi-Fi or broadcasting yourself

A free public Wi-Fi hotspot may actually be a trap. Hackers set up fake hotspots to steal data all the time. So, be careful and make sure that you’re connecting to the actual, real Wi-Fi spot.

But even a genuine one could be compromised (for example, by an unscrupulous employee with access to the router). To prevent accidentally exposing your personal information in public, turn off your Wi-Fi auto-connect feature, Bluetooth, and personal hotspot functions when not in use.

Official app stores are less likely to include malicious apps or apps that are infected with malware. Some privacy risks may still exist, but those can be avoided by being selective.

Either way, backing up your data is generally a good idea. In case you download an infected app – it’s easier to do a factory reset if you have backed up your data and contacts.

If a file or a link looks suspicious, then it probably is. Remember that some malware spreads automatically – so strange links from your friends and relatives may be a virus trying to get in. Knowing that, don’t open those files or links, and inform the person it came from.

Regular antivirus apps can defeat common threats. But they have to be regularly updated, just like any other app. Because those updates often include fixes to recently uncovered security issues.

Only charge your phone via a secure charger

USB chargers use wires and ports that can be used for data transmission. Hackers are fully aware of that, planting malware onto these chargers and ‘’accidentally’’ leaving them lying around hoping you plug them in and infect your device.

So only use your own charger and be careful with chargers in rental cars. If you must use a charger you can’t trust, choose the “Only Charging” option on your phone.

Use a PIN and never leave the phone unattended

A pattern lock is mostly a nuisance, and a PIN or a fingerprint scanner is a much better way to secure your phone if you let it go out of your sight. Even better, don’t let it get out of your sight, and don’t leave it unattended.

A VPN encrypts your internet traffic. So if a hacker was to steal your data by using, say, a fake Wi-Fi hotspot, he wouldn’t get anything useful. It also keeps your IP (Internet Protocol) address – your device’s address online – safe by changing it with the IP address of the VPN server.

Closing thoughts on your phone’s security

At this point, you should know how to tell if your phone has been hacked. But, as we stated before, it’s best not to allow hackers or mobile malware on your phone in the first place. One of the most reliable ways to do that is to secure your connection with a VPN like Surfshark. Not convinced yet? Then read this independent Surfshark review here.

Improve your phone’s security with a VPN
Get Surfshark

What happens if your phone is hacked?

Can your phone get hacked?

Yes, like any other piece of software, your phone can get hacked too. It can happen via a phishing attack, malicious apps, or an ‘’infected’’ USB cable, just to name a few examples. So, it’s important to keep yourself informed on how that happens and how to prevent it.

Can you unhack your phone?

Yes, delete any recently downloaded files or apps. There is a huge chance that the hacker has downloaded malicious apps that are running in the background, so be sure to have an antivirus scan the phone. If insufficient – manually look into the system and look for files that don’t belong.

Fake apps and how to spot them