VPN vs. Tor: which one to use?

Are you concerned about your privacy online? The 2019 The CIGI-Ipsos Global Survey showed that 43% of internet users are now taking additional measures to secure their devices for online activities. This concern is leading a growing interest in security tools like virtual private networks and Tor. But what are they? And which should you use to stay private online? Read on to find out.

VPN and Tor are very different technologies that can improve your privacy. To put it bluntly, which one you want to use depends on your security needs. If you’re doing something that may put your freedom and even life at risk, you want to get the Tor browser. But if you’re more of a casual user, VPN would be a better fit for your daily needs.

Here’s a more detailed look at these technologies.

Tor gets its name from “The Onion Router,” a U.S. Naval Research Laboratory program investigating technologies for anonymous communications. Tor was spun off from it and became its own independent thing.

Today, it is used to access the internet anonymously via the Tor Browser. The anonymity layer embedded in its mechanics is the reason why Tor has been used by journalists, investigators, and whistleblowers to connect in a secure fashion. The browser maintains one’s privacy by randomly changing IP addresses as well as encrypting the connection.

In reality, Tor mechanics are a bit more complicated:

When you get the answer, the process happens in reverse order. The loop of relays is maintained for 10 minutes. After that, it is abandoned for security purposes, and a new loop is constructed.

As you see, the three layers of encryption and three router hops are necessary for your security. The entry node knows your IP address – but it can’t read your message. The machine running the exit node can read your data, but it doesn’t know your IP address, so it can tie to you.

Note: using Tor is sometimes associated with the shady criminal dealings in the Dark Web (the .onion network).

But what are the pros and cons of the Tor approach?

Cheap and easy to use: the Tor Browser can be freely downloaded from the project website. It works on major operating systems. The Browser is no more difficult to use than any other browser.

Hard to shut down: Tor network is maintained by volunteers running nearly 7,000 relays around the world. As such, such a network is a tough target to crack.

Offers real anonymity: only the entry node knows your IP – but it doesn’t know what data you’re sending, only that you’re using Tor. The exit node can inspect the information you’re sending, but not who’s sending it.

Helps bypass geo-blocking and censorship: if some website is blocked in your country, Tor can allow you to access it.

Slow: your data gets bounced via three random relays. Therefore, your connection can only be as fast as that of the slowest node. That’s why many .onion websites look so barebones compared to regular websites.

Unsuited for file downloads: Tor network is already slow. Using it to download torrents slows it down even more. In fact, Tor Project itself strongly advises against such use.

Bad for accessing specific geo-blocked content: it’s not easy to access geo-blocked content that is only available in a single country. Random node selection means you can’t really control the country where your exit node – and the IP service reads – will be.

Restricted accessibility to websites: some everyday websites block connections via the Tor network. There had also been reports that some ISPs threatened to cut the service to Tor users and that security agencies are more likely to track them.

All in all, Tor is great if anonymity is more important than speed or the ability to access everyday websites.

Virtual private networks recreate the privacy of a simple network of two computers by using the infrastructure of the internet. It creates a digital tunnel to transfer your data while isolating it from the regular web traffic. The VPN packs your information into packets and encrypts them before sending it to the VPN server, which forwards it to the destination.

Due to a combination of the factors that make VPN work, it becomes very handy for people who desire privacy. Industry-leading VPNs use 256-bit encryption – too complex to break with contemporary computers. This makes your data unreadable to anyone who tries to intercept it. It foils internet service providers (ISPs) and hackers at the same time.

VPNs also hide your IP, which is as close to a home address that you can have online. Moreover, you can easily switch your IP by switching the VPN server.

So what are the benefits and the downsides of using a VPN?

Advantages of using a VPN

Good internet speed: since VPNs only bounce your signal via a single server, your connections are much faster.

Blanket protection: a VPN secures and encrypts all of your connections on the device. This means not only browsing, but also gaming, streaming, file downloads, etc.

Adaptability: while Tor mostly works via the Tor Browser, a VPN can secure any device it can be installed on. Or you can just secure an entire Wi-Fi network by installing it on a router.

Ultimate geo-blocking bypass: a VPN allows you to see content that’s barred in your country. It also enables you to reach content available to a specific country by connecting to a VPN server located there.

No particular website limitations: some streaming services like Crunchyroll are fighting VPN users. But the overwhelming majority of websites aren’t.

Disadvantages of using a VPN

Not free: while free VPNs exist, the only reliable service that poses no risk to your data comes from paid VPNs

Presumably can know your IP: if your VPN provider does not have a no-logs policy or that policy has loopholes, then they know your IP when you connect to their server and can maintain a record of your activities. That’s why it’s important to find a no-logs VPN.

All eggs in one basket: since you’re only connecting to a single server or a single VPN service, it’s easier to compromise than Tor via purchasing the company, using legal action, and so on.

All things considered, VPN is the right choice for the everyday consumer who wants to secure their connection and/or increase accessibility to content without sacrificing speed.

Tor vs. VPN in short

It is entirely possible to use a VPN with Tor for added security. In fact, it is recommended that you do so if you’re trying to access .onion websites.

One of the great benefits of this is that when your traffic connects to the VPN server before the Tor network, the VPN server spoofs your IP. That means that even if the Tor entry node is compromised, the interested party will not be able to get your IP address.

Yet this adds another node to the network as well as taking up more bandwidth with the VPN encryption. This slows your connection down even more. On the other hand, if you’re using Tor, you’re not using it for speed, so this may be a worthy trade-off as long as you have a trusted VPN provider.

Tor and VPN are both approaches to making your online browsing more private. However, they’re quite different due to the priorities of their development. Tor is willing to sacrifice usability and speed in order to increase your privacy. VPNs are with the everyday user in mind and thus offer a good degree of protection without sacrificing everyday utility.

That’s why Tor is meant for people who view privacy as a matter of life and death. Yet if you’re securing yourself, your home, or a small business, if you need high-speed internet and don’t deal with government secrets, VPN is the way to go. 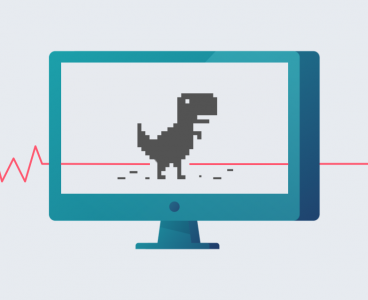 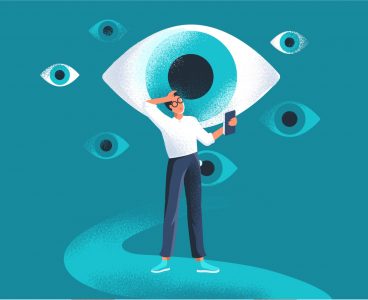 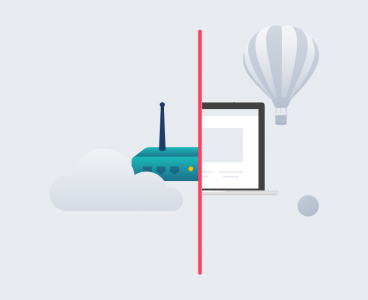