Lockdowns can be rough, but fortunately, they’re only temporary. In which case, finding comfort from the lack of socializing and a daunting work-from-home routine is a valid remedy. This means you have all the time in the world to binge-watch your favorite shows and not feel guilty about it – it’s almost like a dream come true!

Still, dreams often have ‘buts.’ Much of the streaming content online is geographically restricted, meaning that you can only access it from specific countries. And sadly, not many of us are likely to be moving anywhere any time soon.

How a geo-restriction becomes fiction

How does it work? Using a VPN, you can connect to the internet through one of its many servers located across the globe. This will change your device’s IP address and its displayed location to seem like your connection is established from the country that hosts the server. And as far as the streaming services are concerned – that’s your whereabouts!

So get your popcorn ready, and let’s dive into how you can utilize your VPN to access different streaming services worldwide and create your own ultimate lockdown streaming hub!

Devices you can get started on

First and foremost, you’ll have to pick a device to stream your content on. Luckily these days, you can do that on just about any phone, tablet, PC, smart TV, or even a gaming console. Most big streaming service providers like Netflix, Hulu, Disney+, Amazon Prime Video, HBO, and even BBC iPlayer have dedicated apps on the App Store and Google Play for mobile users.

For setting up a VPN on any of the devices mentioned above, check out our dedicated tutorial page with instructions. If you’re planning to stream on multiple devices at home, you can simply install a VPN on your router and be on your merry way!

Streaming services you can unlock with Surfshark

Once you set up your device, you can start looking up different streaming services that fit your wants. When you choose a platform and a region you want to access, you’ll have to connect to a VPN server that is based in that location before you begin streaming.

Below, I’ve picked some of the best streaming service providers out there that you can access with Surfshark from the comfort of your lockdown couch.

Netflix has an incredibly extensive library with thousands of movies and shows from across the world. But without a VPN, you can only stream content that your country has paid a “public performance” license fee for to the copyright owners.

With Surfshark, you can unlock over 15 Netflix libraries and use the same subscription to access them. Here are my favorite three to get you started! 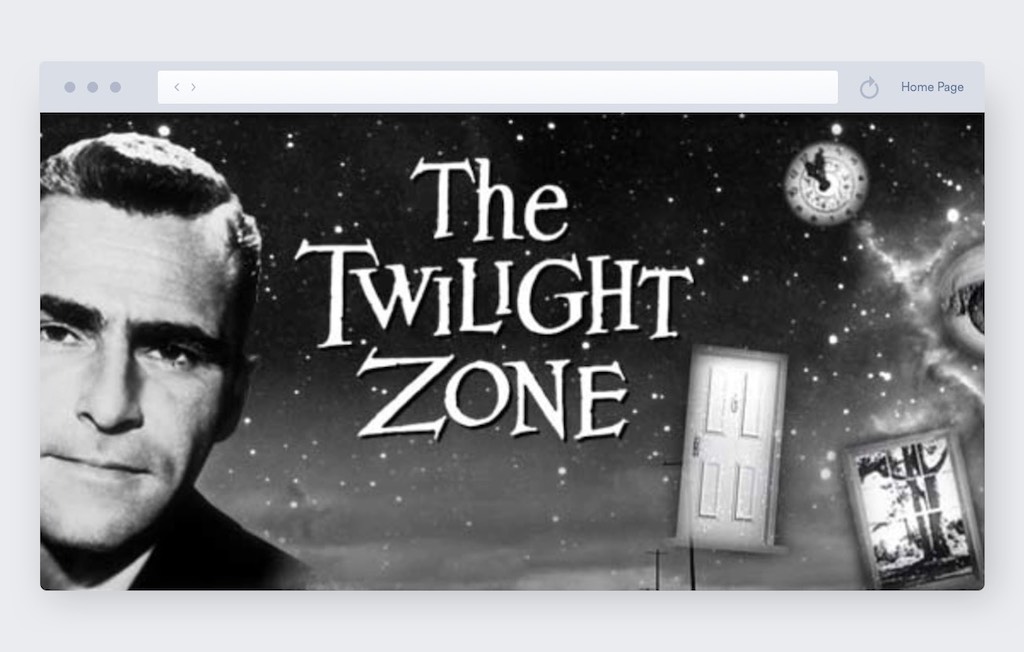 American Netflix has the most extensive library in the world, with nearly 5,900 titles to choose from. Suffice to say, you won’t be running out of content any time soon. And just to give you a general idea, here’s a list of some of the exclusive titles you can find on US Netflix.

Notable shows and movies exclusive to US Netflix 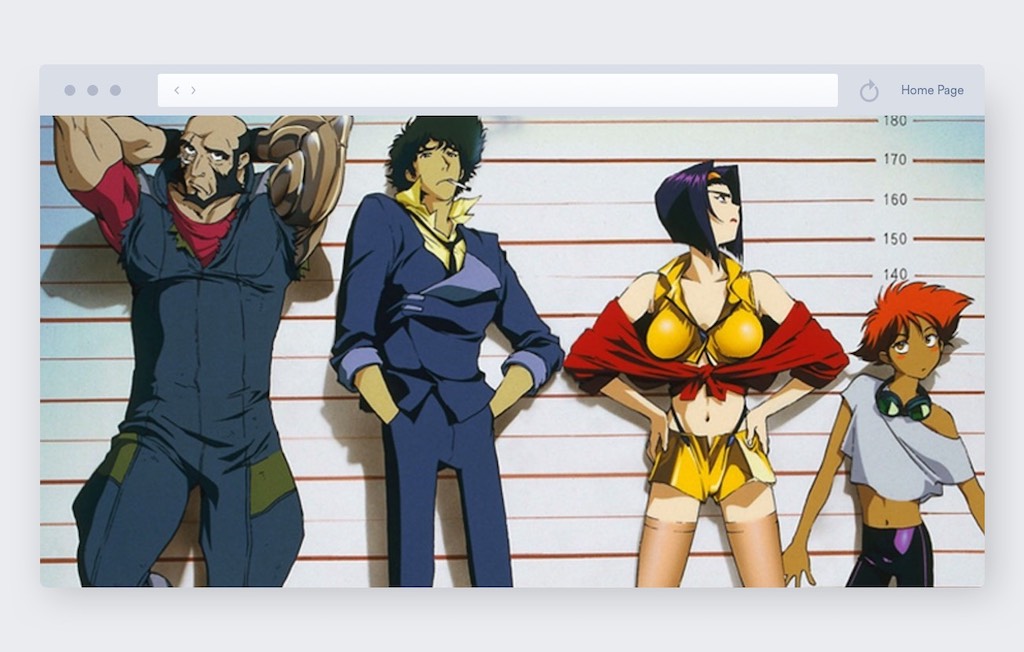 Japanese Netflix has the largest exclusive title library in the world with almost 1,200 movies and shows you won’t find anywhere else. It has a wide array of animes as well as Japanese cinematographic gems for you to explore. If you’re looking for something offbeat and different, Netflix Japan will most likely have it. Here are some noteworthy exclusives you can find on Japanese Netflix. 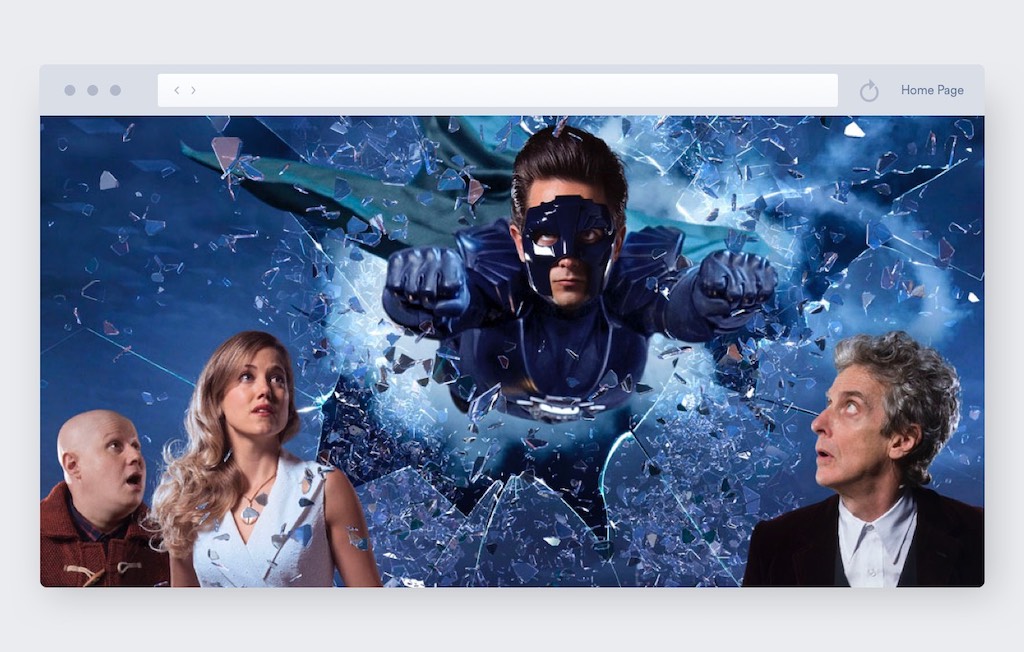 In terms of library volume, British Netflix comes a close third with nearly 5,700 titles under its belt. Its catalog has a good mix of quality and exclusive content, with a lot of British reality TV shows, documentaries, and movies. 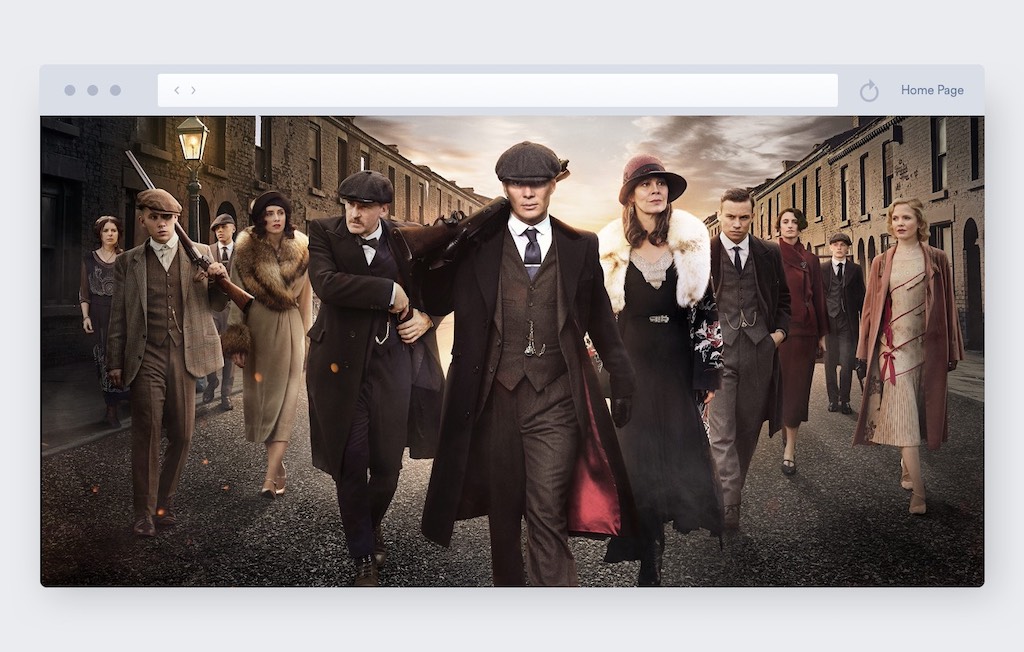 When it comes to streaming content, BBC iPlayer is somewhat of a special case – it is free and available to all UK residents. Comprised of 12 different TV channels, BBC iPlayer has a wide variety of content ranging from British shows, movies, and series to news, documentaries, and politics.

All you have to do to access iPlayer is connect to a Surfshark server in the UK, create a free BBC account using a UK postal code and British TV in all its glory will be at your fingertips! Here’s what you can look forward to on BBC iPlayer:

What you can watch on BBC iPlayer 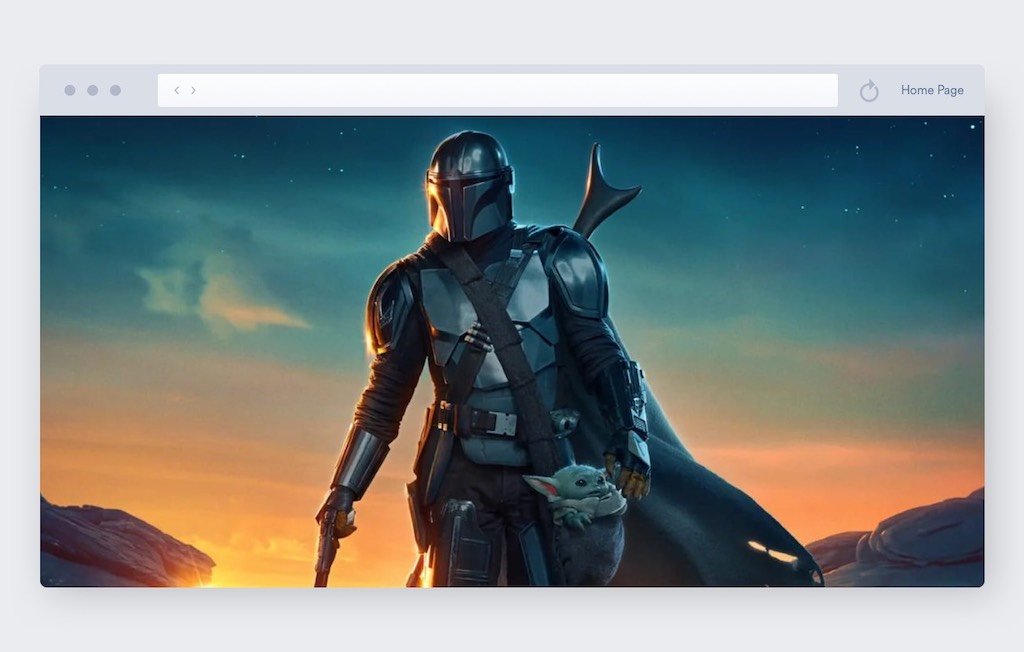 As of now, Disney+ is expanding its global availability but is still not accessible in many regions, especially Eastern Europe, Asia, and Africa. But this cannot stop you if you have a VPN that works. With Surfshark, you can connect to any server in a Disney+ supported region to access its extensive library of titles from anywhere you want!

Alongside its long list of legendary Disney animation movies, Disney+ has been working hard to provide its own exclusive content. Here are some of the gems that came out of Disney+ recently.

Exclusive shows and movies on Disney+ 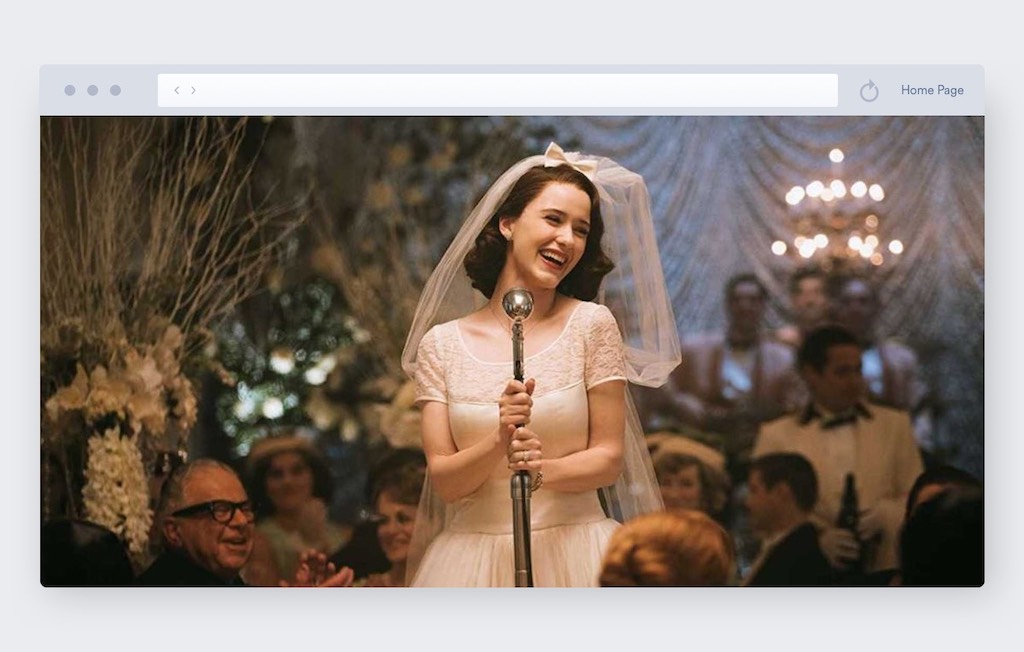 While Amazon originals are available worldwide to anyone with a Prime subscription, other content availability still varies from region to region. The US Amazon has arguably the best library in the world and you can easily access it using a VPN. It also has some amazing original series! 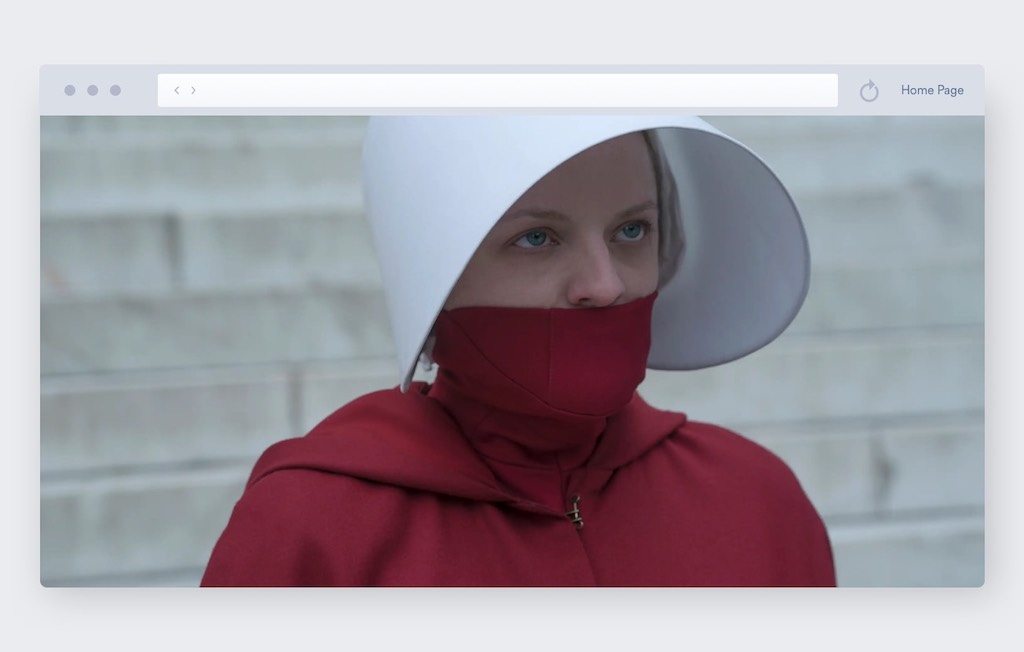 Hulu is notorious for only providing its services in the US. However, same as with all the rest of geographically restricted streaming outlets, you can access it from anywhere in the world if you’re using Surfshark. All you have to do is connect to one of our US-based servers and go to Hulu’s website!

P.S. it’s definitely worth it:

Watch HBO Max outside of the US 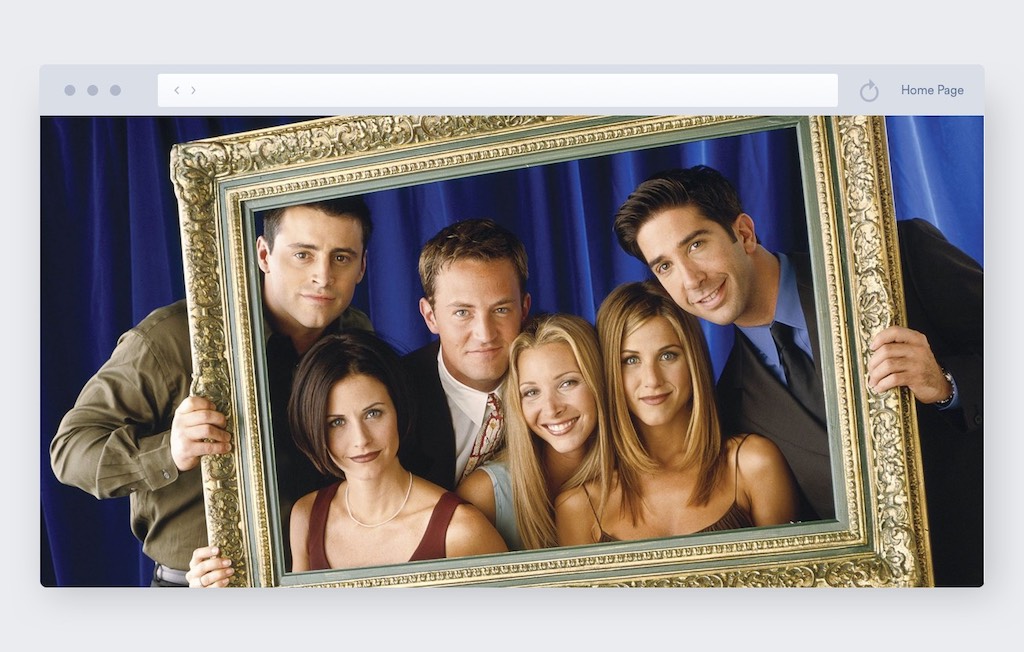 HBO Max contains an entire HBO catalog plus WarnerEntertainment programming in a single monthly subscription. Just like Hulu, it is only technically available in the US.

However, HBO doesn’t have to know that you’re using a VPN to access its delicious content from another part of the world. You can watch a wide range of movies, shows, and even anime via Crunchyroll on HBO. Aside from that, here is a small list of exclusives that await you on Max.

Aside from the five I’ve already mentioned, Surfshark can unlock other streaming services like:

In case you run into streaming errors…

Anyone can run into streaming errors. Most of the time, they are recurring problems that happen across different streaming platforms. That’s also good news because it means that they also tend to share similar solutions!

If you cannot access the content you want after connecting to a Surfshark server, you may want to try some of the following:

Streaming is nice, but it can be even better if you make it your own! You can personalize your library using services like Kodi or Plex.

Kodi is a free media player that comes with hundreds of add-ons, allowing you to customize the way you watch movies, videos, or listen to music or podcasts. With Kodi, you can add all of your streaming services into a single player for a better viewing experience.

Plex is a similar concept, but it also offers some free titles on its own as well as various TV channels and web shows. Just like with other streaming platforms, its library varies according to region, so switching server locations on your VPN will result in different content. It also has some neat features like mobile synchronization, allowing you to stream content you have saved in your library.

Internet service providers (ISPs) are known for controlling their users’ connection speeds to maintain stability in their servers. Usually, they have a blacklist of websites that they throttle, which often includes streaming services and download pages. So if you’re torrenting or streaming something, your ISP may slow your internet connection.

A VPN can not only unlock other streaming regions but also help you avoid being throttled by your ISP. This way, you can have your content and stream it too!

Ready for the lockdown?

Get Surfshark and you will be