Getting a virtual private network involves more than just turning up at the Internet Store and saying, “One VPN, please!” Not only do you encounter a variety of VPN suppliers, but you may even hear about “hardware VPN.” This may sound mystifying to a layperson, so that’s why we’re here to inform you on the subject.

The methods of establishing a VPN differ, and here’s where we get the separation between software and hardware VPNs. We’re going to analyze their differences in more detail so that by the end of the article, you’ll know how each of them works. Then, you can understand which fits your needs better.

What is a hardware VPN?

“Hardware VPN” is a shorthand for a VPN connection maintained by a standalone device that you have at your home or your office. These products can have names like “VPN firewall” or “VPN router.”

What they do is manage your connections and use their hardware resources to encrypt your traffic. At least theoretically, having a hardware VPN device that uses the inbuilt processor to handle the encryption tasks frees up the processing power of the connected devices.

A lot of the functions of hardware VPN are attractive to big businesses:

What is a software VPN?

Software VPN is a term for using a VPN client installed on your device, which allows it to establish a connection to a remote server. The encryption processes and such are handled on your device.

While many devices have inbuilt VPN clients, you can install third-party VPN clients like Surfshark. That way, you don’t need to make any additional investments into hardware, and all the server and service maintenance is taken care of by the service provider.

The approaches to VPN we have outlined here – hardware and software – are two different ways to solve the need for a virtual private network. That means you can’t outright say that one is superior to the other in every way. But we can compare them and see which comes out as the better option for you.

Buying a hardware VPN solution means buying a device. Depending on their capabilities, the prices may range as low as $50 and as high as $1000 (or more). That’s the up-front cost of buying the device, to say nothing of installation and maintenance (more on that later on).

In contrast, going for a software VPN means signing up for a service. The upfront costs are negligible. For example, a 12-month Surfshark plan costs $5.99/month, while the 24-month one goes down to $1,99/month. As the VPN supplier takes care of all the maintenance issues, you don’t have to invest in it any further.

A hardware VPN device isn’t limitless. Now, the issue of scaling doesn’t matter much for home users. However, if you’re a business, when a company grows, more and more connections are added, requiring more hardware VPN resources. This means either upgrading your device to a more powerful one or buying an additional one. Either way, you’re spending money again.

Hardware VPN relies on a physical device. As such, it must be bought, shipped, and installed at your place of choosing. However, setting it up and maintaining it can be hard. Not all of the devices come with user-friendly interfaces or automatic updates. This is less of an issue for a company that can offload the task on the IT team (though it still puts a strain on the IT team), and more of a problem for individual users.

On the other hand, a software VPN is available instantly. It is not a large download, installation is usually made as user-friendly as possible, and the operation of the client is typically easy as well. For everyday home users, it’s as simple as clicking “connect” once the application is installed, as most VPN clients automatically connect to the closest, fastest server. The updates are handled automatically as well.

Remote access is one area you could say the hardware VPNs excel in. It allows companies to set up encrypted connections to their intranet from remote locations. However, just like setting up the device itself, doing so isn’t very easy. Therefore, it’s more suitable for companies that have IT staff that can use screen sharing to set up remote access for the employees.

Software VPNs don’t always mesh well with remote access. One of the more significant issues is with IP addresses. There are good chances that your IP changes every time you connect to a VPN server, even if it’s technically the same one. Some VPN providers offer dedicated or static IP addresses – these can then be whitelisted.

Previously, one of the most important arguments for hardware VPN was resource usage. Encryption – the process of making your data secure – takes some processing power to accomplish. Making it happen in a dedicated device with its own processors meant saving the processing power on the connected computers.

However, that is a thing of the past. Today, software VPNs make such a low impact on processing power that VPN clients can be easily installed and used on smartphones. Surfshark is even available on smart TVs, game consoles, and as a browser extension.

When it comes to security, software and hardware VPNs are pretty much on par. However, hackers are increasingly trying to exploit hardware VPN servers. When a brand is discovered to have a vulnerability, it poses an immediate threat to every user that has purchased that manufacturer’s devices. Patches are released, but companies don’t always deploy them in a timely manner as the update process can disrupt the day-to-day operations.

With a software VPN, the big issue is finding a trustworthy supplier. For example, research shows that 38% of free VPNs contain malware, and 72% track your online activity. Both business and private users should do research and find reliable paid software VPN.

However, the fact that you’re not the one maintaining the infrastructure makes it secure in a few ways. The VPN developers have a lot more experience in VPN and security matters than their users. They are also usually keen on patching any vulnerabilities as quickly as possible. And when a client patch is sent out, it’s straightforward to install.

This is where hardware VPN really falters. If you need the VPN to access websites, apps, and content unavailable in your country, a hardware VPN can’t help you. Sharing the geographical location with its setup spot, it is no more capable of accessing geo-blocked content than a regular computer.

Software VPN, on the other hand, usually offers a variety of servers to connect to. For example, Surfshark has over 1000 servers in 60+ countries. This means that checking how websites look in different locations, bypassing government blocks, and accessing content libraries is very easy.

Hardware VPNs require a much bigger monetary investment upfront. They may also need trained personnel to install and maintain. It is not very easy to scale up. In exchange, it offers increased utility for remote connections and maybe some additional security over the software approach.

Software VPN is cheaper on every level. You can install immediately after downloading, and it doesn’t require any specialized knowledge to use. It does not demand any investment in physical components or maintenance. Software VPN trades remote access for the ability to access a wider variety of content from around the globe.

In the end, hardware VPN is suitable for large companies: they have the resources and the personnel to install, maintain, and run the dedicated device. They also may not like the idea of their data being routed via a third-party server.

A software VPN is a better choice for private users who are looking for security, privacy, or simply access to content. It’s also a good idea for small businesses that don’t have the money, the human resources, or really the need to run a dedicated hardware VPN.

Get yourself a software VPN with Surfshark! 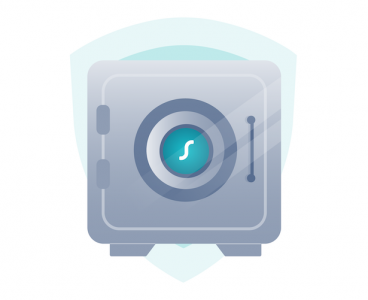 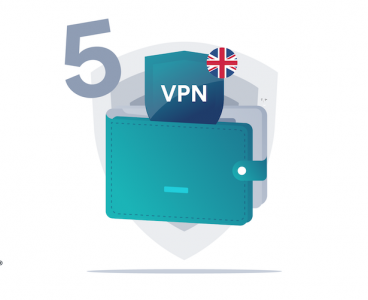