Using Chromecast with a VPN: a Guide

So you have a TV, a Chromecast dongle, and a VPN app, but no idea how to make them play together? Have no fear, for this guide is here. We’ll provide you with all the information that you need to provide a VPN connection Chromecast.

Chromecast is the Google-made dongle that connects to non-smart TVs to stream content from other devices and apps that support casting. Currently, (Google) Casting is supported by a variety of apps by some of the world’s greatest, including Netflix, Hulu, and Crunchyroll.

However, with streaming apps come streaming app restrictions. Geo-blocking ruins the Chromecast experience as reliably as it messes with your hopes of having access to full streaming libraries without living in the US. That’s why you should use Chromecast with a VPN.

When it comes to streaming and geo-blocking issues, the usual answer is “get a VPN.” However, Chromecast is merely a receiver that accepts signals from apps that support the Google Cast protocol. The dongle itself is dumb as a brick. This means that you can’t install a VPN on Chromecast. What can you do in this case?

Well, you can get smart and install a VPN on your router – or turn your computer into a virtual router. That way, you can have your Chromecast and enjoy a multitude of VPN-related benefits.

Why use Chromecast with a VPN 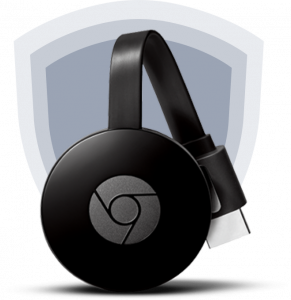 For starters, you’ll unlock geo-blocked streaming content. As long as you know what country has access to the stuff you want, you can reach it by changing the server on the VPN app.

You will no longer be at the mercy of the Internet Service Providers (ISP), either. They have been known to engage in internet throttling (“traffic shaping,” to use the polite term), slowing down connections when they detect video streaming, online gaming, or torrenting. A VPN masks your activities and thus prevents the ISP from knowing when to throttle your connection. If that’s happening to you, your connection speed might even increase.

You may also find yourself taking the Chromecast dongle to places where the provider blocks your desired streaming service. And that’s where VPNs can help you once again. Due to the encryption used in VPN connections, the local network won’t be able to block your favorite apps, streaming sites or other. So watch whatever you want in the comfort of your dorm room or workplace. 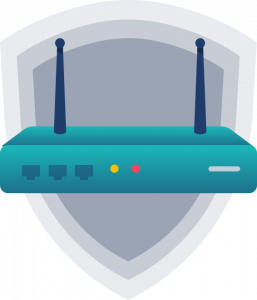 For this approach, you’ll need a VPN client-compatible router and a VPN app.

“What’s a VPN client-compatible router?” you ask? Well, it’s a router that is ready for a VPN app to be installed on it. You can check the router’s manual or do a quick Google search to find it out. Once you do, you can follow these straightforward steps.

Some VPN routers aren’t VPN-compatible. However, with a bit of effort, they can be made to be VPN-compatible. The process is a bit involved – check out our instructions for making a router VPN-ready.

Sometimes, you just don’t have a router handy. Or maybe you’re not feeling like tackling the issue of making your physical router VPN-ready. In this case, you can turn your PC or Mac into a virtual router.

Setting up a virtual router for Windows 10

Setting up a virtual router for older Windows OS 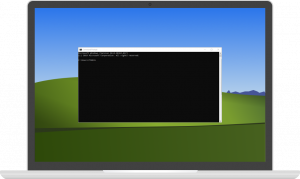 Setting up Chromecast with a VPN when a router is ready

Once the router is set up, and the internet is working, finish setting VPN for Chromecast by doing this:

Chromecast and VPN: Other Benefits 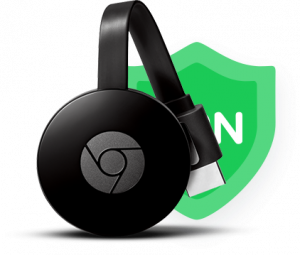 Why use a VPN with Chromecast? To unlock streaming libraries from all over the world, of course! But there are reasons besides those:

Overcome censorship: the country you’re in banned your favorite Cast-capable apps? If you have a VPN running, you can easily bypass that.

Stream in privacy: with a VPN on, your ISP can’t record your internet browsing data. So stream whatever you want without leaving a trace!

Avoid internet throttling: when it comes to selectively and purposefully slowing down your internet connection, ISPs consider video streaming among the top targets. Reclaim your internet speed and stream without interruptions with a VPN.

Setting up a VPN to work with Chromecast is well worth the effort. If Chromecast gives you the freedom to turn any TV into a smart TV, then a VPN gifts you with the ability to use your Cast-friendly service to their full potential. Don’t be constrained by geo-blocking – Cast wherever you want to Cast.