Have I been hacked: how to find out and what to do next?

Imagine it’s a day like any others, and you’re downloading an indie game from torrents. The file is suspiciously small, but it’s an indie game, so you conclude it’s not THAT weird. But when the setup is complete, you immediately notice something strange is up: ads and programs start running on your computer, and you can’t shut it down.

That’s just one of many examples of how hackers can get to your device. While downloading a virus via torrents is pretty straightforward, there are more subtle ways to compromise your digital security.

What exactly is hacking anyway?

Hacking is an act of seizing unauthorized data from a system or computer. Said data could include email addresses, passwords, credit card details, and other personal identification information.

If I were to put it simply, I’d say there are two ways in which you can be hacked: indirectly and directly.

I’ve included the following graph to show the approximate number of accounts that just one data breach affects. And yes, the numbers on the y-axis are in billions.

How to know if you’ve been hacked: 6 warning signs

The smarter the technology advancements, the more sophisticated and unprecedented are hacking attempts. And while it’s impossible to go through every single method cybercriminals use to get what they want, let’s go through some common warning signs indicating that your data has been tampered with.

Have I been hacked?

Here are the six signs that will help you spot a cyberattack.

So, how to spot successful hacking attacks?

1. You have an account on a site that’s been breached.

You’ve become a victim of cybercrime if you’ve checked your email for breaches, and it returned something along the lines of the screenshot below.

The screenshot above is from Surfshark’s email monitoring feature called Surfshark Alert. I’ll talk more about it in the section about email hacking. You can also check your email for breaches on sites like haveibeenpwned.com.

2. Your contacts are receiving unusual text messages from you.

You should be worried if someone tells you they keep getting strange messages from you. Usually, the messages contain links to malicious websites that infect your device with viruses.

Remember the example I provided at the beginning of the article? Well, if you’ve installed something you’ve torrented and it ended up running ads and strange programs on your computer, then you’ve definitely been hacked.

4. You’re getting notifications about log-in attempts.

If you get notifications about suspicious log-in attempts, it’s a clear indication that someone’s trying to hack you.

5. Your device is installing software you didn’t authorize.

If your device is installing software that you didn’t authorize, that is also an indication of a hack.

6. Your internet searches are redirected.

If you’re experiencing weird behavior from your browser, there’s a high chance it’s infected with malware. To fix it, completely reset your browser settings.

4 ways hackers can compromise your accounts and devices

1. Phone hacking: how can you tell if your phone has been hacked?

Hackers can plant spyware on your phone without even touching it. There are several signs that should alarm you:

2. Computer hacking: even careful ones can fall victim to it.

Computer hacking takes many forms: sometimes, it’s clear you’ve been hacked because you can’t get rid of pop-ups, but there are also times when your computer simply slows down due to malware. It’s quite dangerous because people usually don’t think viruses can cause speed changes. While it’s bad news for you, it’s pretty good news for hackers.

3. Email hacking: one of the most common types of hacking.

Here’s a thing, there’s a high chance that your email address or passwords have been compromised during a data breach on some website you’ve created an account once. Some of the biggest social media platforms, including Facebook and Twitter, have had their users’ account information leaked, so if you’ve been on the internet long enough, your email address has probably ended up in some hacker forum.

Surfshark has a feature called Surfshark Alert that allows you to check and monitor whether your email was breached. You can enable it by logging into your Surfshark account on surfshark.com.

We’ve all seen celebrities tweet strange things, and while some of it is just due to their personalities, there’s also been numerous successful hacking attempts. From spreading propaganda to suspicious links, hackers find ways to utilize the platforms celebrities and politicians have.

For example, not that long ago on Twitter, Elon Musk, Apple, and even Barack Obama, among some 100 other accounts, started tweeting about strange bitcoin scams. Twitter has quickly taken care of this massive account takeover, but the damage was already done.

Not every hacker attack is created equal. Depending on the severity of the attack, your actions will be different. Here are some tips that will help you take back control of your digital security:

How to avoid hacking & take back control?

In the times when hackers can penetrate your network by finding security loopholes in your smart light bulbs or other IoT devices, it’s crucial to take hacking prevention seriously.

You can usually tell that you’ve been hacked by sudden and weird changes on your device, browser, email, social media account, or bank account.

Those signals could include: getting weird pop-ups, your contacts getting messages from you that you didn’t send, your device installing software you didn’t authorize, getting notifications about suspicious log-in attempts, redirected internet searches, your email appearing in a data breach.

No one can guarantee you 100% internet safety, but proper cyber hygiene (creating strong, unique passwords, installing Antivirus software, monitoring your emails, using a VPN) can go a long way. 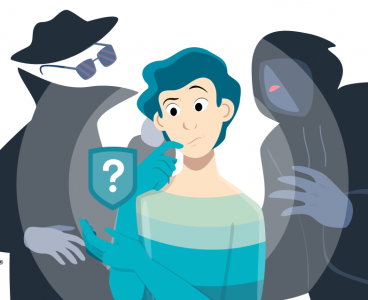 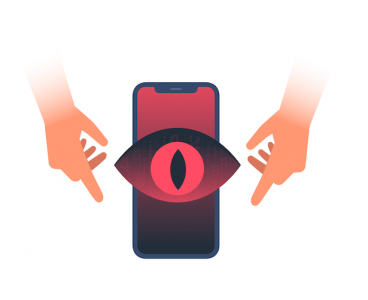 How to know if your phone is hacked 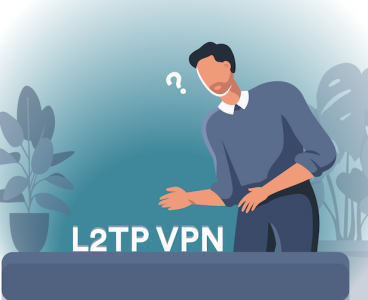 Old But Not Gold – L2TP VPN