How To Tell If Someone is Watching You: Is Your Webcam Hacked?

It’s sort of amazing that anyone still bothers to hack hardware webcams, considering how easy it is to intercept data in transit, but if you use your webcam for video calling, and you don’t have protection, all of this video data is vulnerable to theft.

And, of course, it’s not just hackers who want access to it. Your own government is (probably) also running a surveillance program that is collecting this information, a fact which has led some to argue that consumers have already lost the privacy war.

For our short attention span readers, a big first step is to upgrade your security measures in general. Primarily, use a VPN to encrypt your data and increase the chances you’ll stay anonymous online. Though a relatively new company, Surfshark reviews have been overall quite positive, and the service offers some of the best security protection on the market for the money to be found anywhere. The VPN software comes bundled with a couple of new, industry-expanding services: advanced ID protection and search tools.

For those who prefer to dig deeper into the hacked webcam issue, keep reading.

If It’s a Problem for Zuckerberg…

If you are worried that someone is using your webcam to spy on you, you are not alone. A couple of years back, a picture of Mark Zuckerberg appeared, and it showed his laptop in the background. Over the webcam, he had stuck a small piece of tape.

The picture caused a lot of debate at the time: here was the boss of a huge tech company, who presumably has some of the best tech support in the world backing up his own not inconsequential knowledge, worried about hackers getting into his webcam.

The Ugly Side of Webcam Hacking

This shouldn’t be surprising, because webcam hacking is among the most common types of cyber attack, and the consequences of a successful hack can be truly awful. According to a 2013 report in tech news site Ars Technica, for instance, sites such as Hack Forums contain threads full of people comparing and trading images of “slaves,” people whose computers they have broken into and taken control of. “One woman targeted by the California ‘sextortionist’ Luis Mijangos wouldn’t leave her dorm room for a week after Mijangos turned her laptop into a sophisticated bugging device,” Ars’ Nate Anderson wrote. “Mijangos began taunting her with information gleaned from offline conversations.”

Sticking a piece of tape over your webcam is one way to limit these attacks, which is why the American digital rights group EFF sells webcam stickers. But it’s not a good one. Most webcams now record audio as well, and the hassle of unsticking and resticking a bit of tape is going to get pretty annoying after a while. A better solution is to secure your digital life, starting with your webcam.

But how can you tell if your webcam has been hacked? Well, there are some tell-tale signs to look out for.

If someone is using your webcam to spy on you, they will have to send this data via your home router. If you log into your router, you can see the rate that it is sending and receiving data. Close all your apps and browser windows, so you are not using any data: if there is still a lot passing over the network, someone has compromised your computer.

This might not be due to your webcam, of course. You could be part of a botnet, or have been compromised in a different way.

Most Webcams now come with an indicator light, even those that are integrated into laptops. This light turns on when the webcam is recording, and responsible manufacturers try to code the controls for this light at the lowest possible hardware level. With a quality webcam, it’s actually pretty hard for an attacker to use a webcam to spy on you without this light turning on.

So if the light is on, and it shouldn’t be, there’s a good chance you’ve been the victim of a hack.

Most webcam hacks rely on the limited knowledge of the average user. As a result, a lot of people who hack webcams don’t even try and hide their activities. Some people – believe it or not – don’t know where the files that the webcam records are stored on their own hard-drive.

If that’s you, find out where this is (it will be in the settings of your webcam), and check the folder. If you see a load of video files that you didn’t record, you’ve probably been hacked.

The majority of webcam hacks operate via malware. Basic malware will run as a process on your computer without you noticing (until, that is, pictures from your webcam appear on the internet).  There is an easy way to check this, though: open your system monitor, and look at the list of processes.

It can be hard for the average user to distinguish malware from the other confusingly named but legitimate processes, but here’s a tip: reboot your computer, and open the system monitor before you load anything else. All processes should be basically idle (i.e. not using any processing resources). If you see a process that is running, it’s probably malware.

Another way to detect and get rid of malware is to run a regular malware scan. There are plenty of tools available for this, and a good malware scanner should catch most instances of malware that can be used to spy on you.

Just make sure that you keep your security software up to date, because new pieces of malware appear every week, and your software needs to know what it is looking for.

One more tell-tale sign that your webcam has been hacked is if the security settings for it are a bit screwy. Open the settings on your webcam (you can Google how to do that), and take a look.

If you are not able to change these settings yourself, or if the name of the admin account has been changed, you’ve probably been compromised. If this happens, there is (unfortunately) not much you can do about it, save getting a new webcam, and making sure you change the default password as soon as it arrives.

Think about it like this. You have a camera built into your laptop that is connected to the worldwide web, which is a haven for ne’er do wells and malcontents we’ve come to know as hackers. Of course they’re going to do their dead level best to record what you’re up to in the privacy of your own home and share it with a gazillion people online.

Unless you’re an exhibitionist or one of those malcontents yourself, why not figure out how to shut down that webcam with a process somewhat more sophisticated than a piece of tape? Though that’s not a bad way to start until you figure the rest out. Good luck! 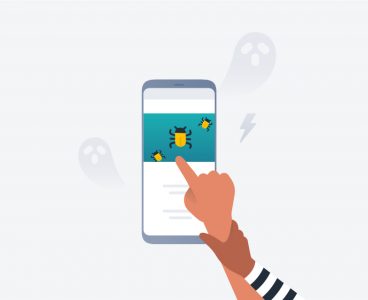