Many people use a VPN to secure their digital lives and open up parts of the internet that are inaccessible to them. But whatever their goal is, internet speed is critical to their effort. A VPN that slows down their connection and brings out buffering icons can be a dealbreaker. That’s why it makes sense to run a VPN speed test before you commit. How do you do it? And what factors are essential when assessing the results? This article covers it all!

What affects the VPN speed: factors to consider

Before we jump into testing your VPN speed, let’s review the elements that have a direct impact on your connection speed:

Sometimes it might seem that a VPN is responsible for the slow down when, in reality, your internet connection wasn’t impressive in the first place. So, be sure to test out the performance without a VPN.

The best speeds always come from VPN servers near you – or even in the same country. But if you live in the UK and connect to a VPN server in Australia, a speed drop is expected. The further away you are, the longer it takes to connect to the server.

Your internet speed can slow down if you’re connected to an overcrowded VPN server. High server loads are more likely when you connect to a popular VPN server location like the US or the UK.

Choosing a good VPN provider like Surfshark will guarantee servers with no less than a 1Gbps port connection. For servers with higher bandwidth (the US and the UK), the number increases to 2x10Gbps. The higher the number, the faster the connection. It means that such tasks as streaming videos and downloading files won’t suffer from lagging and buffering.

Why does a VPN affect internet speed at all? One of the answers is encryption. When you’re using a VPN to access a website or a service, a VPN has to encrypt your data to keep it safe from onlookers and then decrypt it so it doesn’t look gibberish to you.

The part of your bandwidth used to transmit data that serves encryption and decryption purposes is called encryption overhead. Strong encryption algorithms can result in slightly lower speeds, but keep in mind that the change in speed is minimal. This is especially true when talking about premium VPN services that invest a lot of money in building fast and secure VPN infrastructure.

Not all VPN protocols were created equal. Some offer better speeds (e.g., OpenVPN UDP), while others are more stable (e.g., OpenVPN TCP). Some top VPN providers allow users to tinker with protocol settings. With Surfshark, for example, you can choose between Wireguard, IKEv2, OpenVPN UDP, and OpenVPN TCP.

This might seem unusual, but the time of the day does impact VPN speed as different numbers of internet connections are established at different times. This point is closely related to the server overload I touched on before in this article. Then again, as I said, top VPN providers that invest in proper VPN hardware understand this problem and solve it by increasing bandwidth.

Now that you’ve learned about factors affecting VPN speed, let’s see how to test it.

How to test your internet speed properly 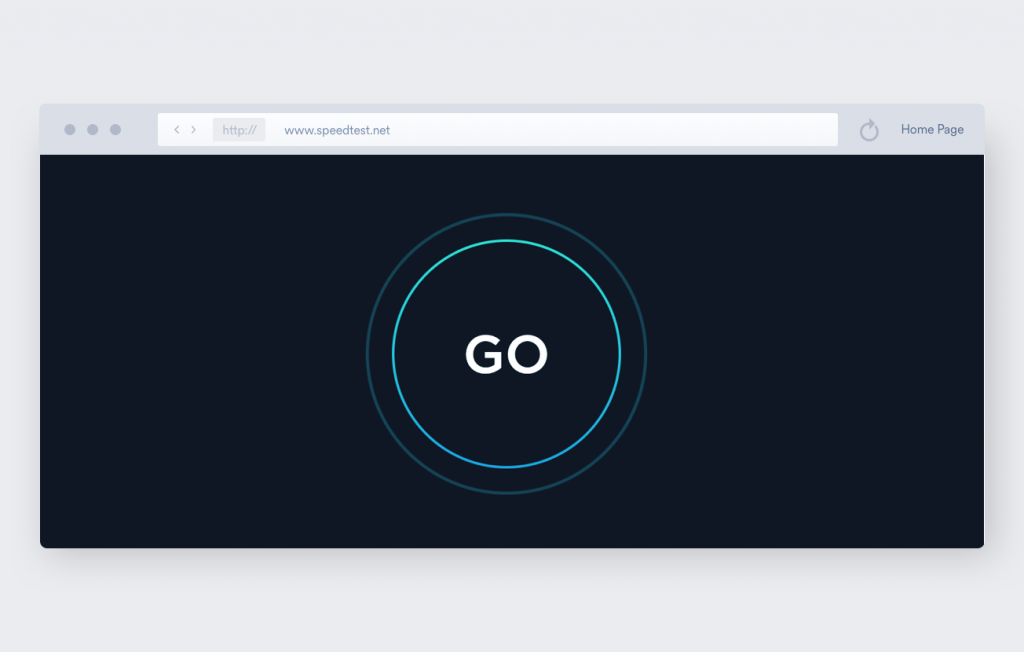 Important to remember: you should first test your internet speed two times – without a VPN and with a VPN. The goal is to determine how much your VPN impacts the internet speed.

Testing internet speed without a VPN

Testing internet speed with a VPN

3 steps to test the VPN speed:

– speedtest.net is the most commonly used speed testing website.

– fast.com is an internet speed test created by Netflix.

Step 3. Click Go, and the calculations will begin automatically.

For now, the Surfshark VPN speed test is only available on the Windows VPN app. You can find the test in the Windows app settings.

Step 1. Disconnect from the VPN. You can only use this feature when a VPN is disconnected!

Step 2. Go to Settings on your Windows Surfshark app. 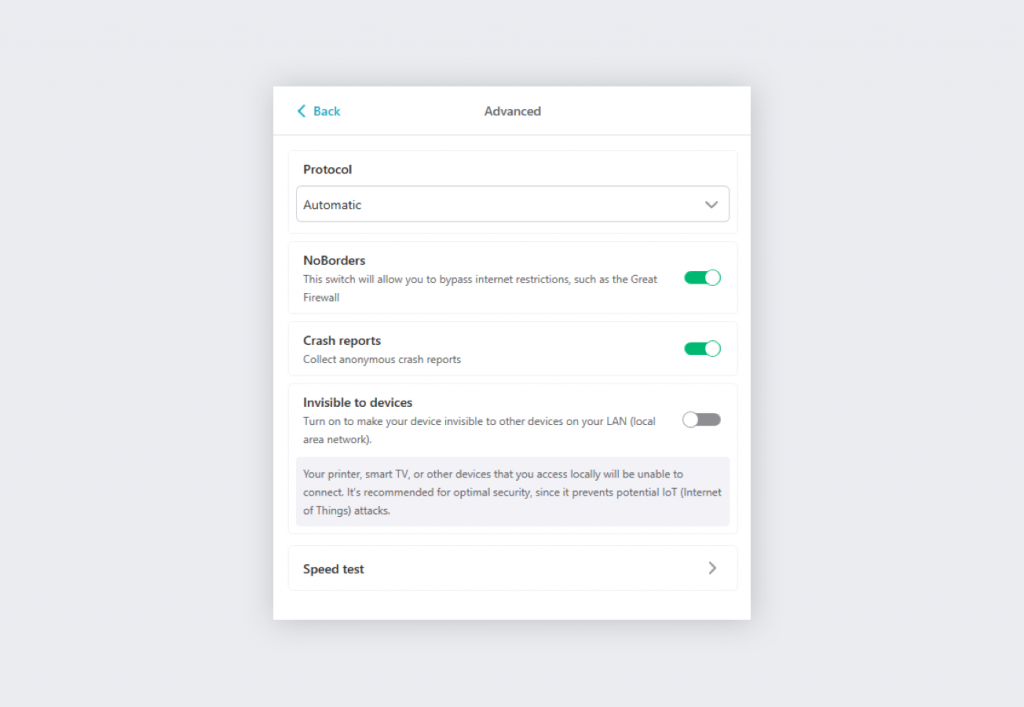 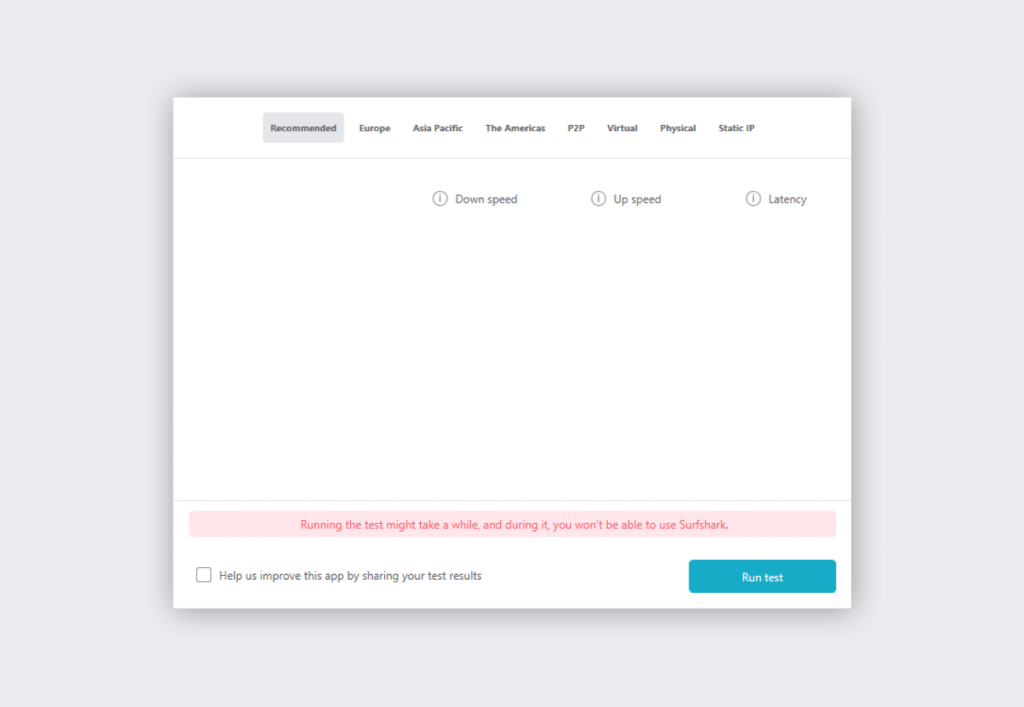 Step 5. After the test is done, you’ll find information about every server from Surfshark’s server list. You’ll see the download and upload speeds, as well as latency. 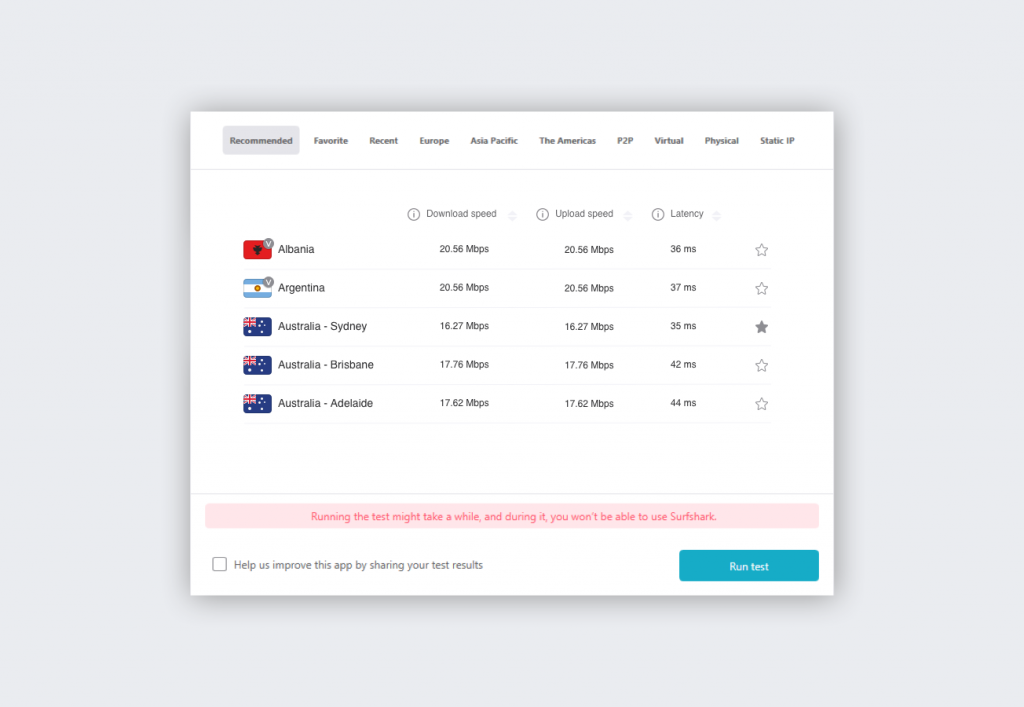 How to increase your internet speed

Once you’ve finished testing, you might find the results aren’t to your liking. No need to fret, though. Since there are a lot of factors that go into internet speed, there are definitely some you can change. Start by trying one of these quick fixes:

If your speeds are still a pain, check out our tips on how to boost VPN speed article.

How to read the VPN speed test results

The internet speed test results may not always be easy to read, so we prepared some explanations.

When checking VPN speed results, you should pay the most attention to the download speeds. A higher number indicates faster internet speed for casual browsing, downloading, and streaming. Upload speed mostly matters if you’re the one sharing files or uploading content.

Surfshark does not encourage using a VPN in ways that could potentially violate the Terms of Service of other service providers.

Latency – the lower, the better

Simply put, lower latency (or ping time) means better speeds. It’s the time it takes for a device (computer, phone, etc.) to send a data packet to a VPN server. Think of it this way: it would be a bit strange if the person you’re having a conversation with wouldn’t answer your question right away, even though they are standing right in front of you.

Get a fast VPN for your needs

A VPN speed test will allow you to choose the best VPN service for your individual needs. Although it’s unrealistic to expect no speed drops, you can at least expect your VPN service to do everything to minimize them. (Psst! Surfshark is considered one of the fastest VPNs on the market). So rush to get the best deal from a fast VPN.

Treat yourself to a speedy VPN!
Get Surfshark

How do I test VPN speed?

By finding a reliable speed testing service. Although there are many websites and apps that can test your internet speeds, not all of them are very accurate. We recommend using speedtest.net for the best results.

What is a good speed for a VPN?

Since everyone’s internet speeds are different, there’s no specific number for good speed test results. Instead, you should look at the percentage of the drop. If your VPN makes your connection more than 30% slower, you should be concerned.

Is the internet speed faster with a VPN?

Sometimes. In general, encryption tends to make your internet connection slower. However, if your internet service provider happens to be throttling your connection, a VPN could make it much faster.

The most extensive 2022 guide on installing a VPN on a router. Probably.

How to find my router IP address