WireGuard VPN: What is it and should you use it?

Novelty is rare in the VPN industry. And it is especially exciting when something new comes along and makes us reexamine our standards.

Recently, that something was WireGuard®. It’s not every day that a new VPN protocol comes around. But what does this mean for VPNs and you, the user? Let’s take a look.

WireGuard protocol is a secure network tunnel. It can be used as a standalone protocol or implemented as a VPN protocol by a VPN service provider.

For VPNs, the WireGuard protocol aims to replace IKEv2/IPSec and OpenVPN as a more efficient solution. It operates in under 4,000 lines of code compared to OpenVPN’s 100,000.

How does the WireGuard protocol work?

The WireGuard VPN protocol is different from other VPN protocols due to its approach to security. It doesn’t establish security configurations between your client and the server – they already come predefined.

That’s why the WireGuard connection is connectionless. This makes it faster because you don’t need to connect or reconnect to the server.

All you need to have is your and the server’s keys. The key exchange in the WireGuard protocol is based on NoiseIK – a single round-trip key exchange. After that, the process is a breeze.

None of that really matters to you, the everyday user. The protocols do that automatically under the hood, you just choose the server you want, and the app handles the rest.

Test the smoothness of WireGuard VPN
Get Surfshark

Since the WireGuard protocol is still new to the world of VPNs, you won’t have access to it with every VPN provider. It’s even less likely you’ll be able to set it up manually. However, some providers have already taken care of both. With Surfshark, you can use WireGuard in the app and with manual configuration.

Although using WireGuard via the app is much easier, the ability to manually set it up is great news for anyone who:

Is WireGuard better than OpenVPN and IKEv2?

WireGuard is built to be more efficient than OpenVPN and IKEv2. But that doesn’t necessarily mean it will perform better than other VPN protocols.

People love to compare VPN protocols. For this reason, people often put up WireGuard against OpenVPN and IKEv2.

However, as convenient as the tables above are, protocol comparisons aren’t extremely accurate. See, the performance of VPN protocols depends on too many factors:

In theory, yes – the WireGuard protocol does certain things better than OpenVPN and IKEv2. Does it mean it will work better for you? There is no solid answer here. Try each protocol and use the one that gives you the smoothest experience. 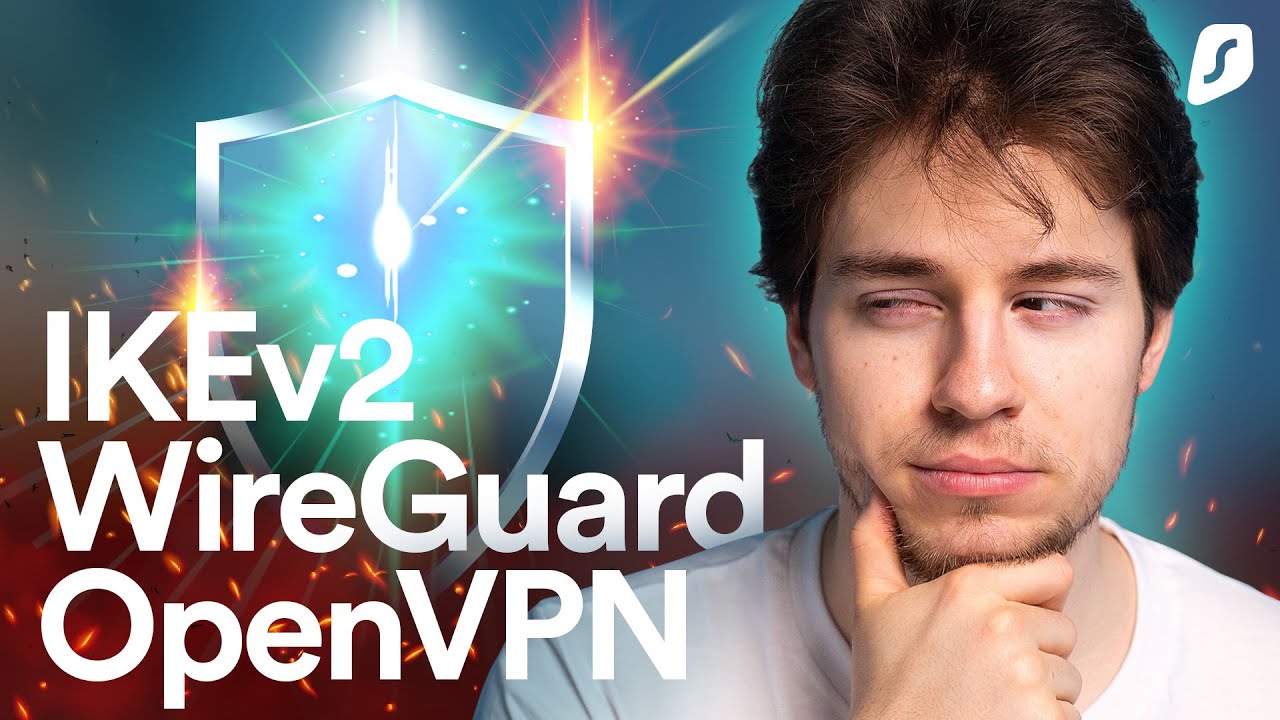 Problems with WireGuard VPN: is it safe?

During WireGuard’s initial hype phase, many people voiced concerns about the protocol. They are mostly unfounded. However, let’s address these problems that people have expressed.

These issues, however, are not relevant to VPN service providers. Why? Because we take protocols and configure them ourselves.

At Surfshark, for example, we do not store your connected IP address. At the same time, we assign dynamic IP addresses to all our users and obfuscate their connection as a layer on top.

So whatever issues WireGuard has as a VPN protocol, as a VPN provider, we fix them on our end.

What platforms can you use WireGuard on?

As a standalone, WireGuard is available on many different platforms. As a VPN protocol, it depends on what devices your provider configures it on.

Try out Wireguard at your own speed

Overall, WireGuard is great – it’s fast, lightweight, secure, and easy to scale. And it only gets better as a VPN protocol.

If you want to experience it in action – try Surfshark. Our service runs amazing with WireGuard!

Can WireGuard be hacked?

Not really. In theory, anything can be hacked if you try long and hard enough. However, in the current state, a hacker would need to spend hundreds of years trying to crack WireGuard to get anywhere.

Is WireGuard a good VPN protocol?

Yes, it’s considered one of the best, if not the best.

What port does WireGuard use?

The default port for WireGuard is 51820.

Does Surfshark work with WireGuard?

Yes! Surfshark has implemented WireGuard on all apps.

Old but not gold – L2TP VPN

15 cool things to do with a VPN