VPN for Dummies Easy Guide for 2020

One in four internet users uses a VPN. But what is that, exactly? Do you want to know but are afraid to ask? Do you need an explanation that is not heavy in technical terms? Then you have come to the right article.

VPN stands for a “virtual private network”. A private network is a connection between two computers that are isolated from all others. That’s why it’s private: nobody else can access the network and see what’s happening.

VPN does the same but over the internet. It uses data encryption and special servers to make your connection inaccessible to other internet users. It’s like a wire connecting those same two computers – only the second one is the entire internet. The scale is much bigger, but the level of security is the same.

How does a VPN Work?

Let’s take a car ride as an analogy. Imagine the internet as a bunch of roads that connect your home (your device) to a variety of destinations (websites and services).

A VPN uses three basic components to work: the tunnel, the encryption, and the server. Here’s how the three components of VPN work in the car scenario:

Imagine if one lane of a road was enclosed in a tube. It still uses the road network, but the traffic inside the tube is invisible from the outside. To use the tunnel, the VPN client splits your data into packages. In this tunnel analogy, they would be represented by cars.

Encryption turns the contents of the information you’re sending into secret packages that can only be read by the intended receivers. To use the tunnel analogy, each car has tinted windows and is welded shut. Encryption ensures that an intercepted package remains unreadable.

Imagine you’re going on a trip. A server is the layover country between you and your destination. If you don’t do anything to identify yourself, people will think that you came from there. Actually, it’s more effective than that – a server is like a layover country that repaints your car, slaps on some new plates on it, and gives you a new passport.

How safe is it to use a VPN?

VPN security depends on the provider. Here’s what you need to consider when deciding how safe a VPN is:

Cost: Free VPNs seem tempting, but they’re not secure. It takes money to maintain the physical infrastructure (VPN servers) and to develop the software. And 38% of free Android VPNs contain malware, which shows that developers may be intentionally compromising your security.

Company: a VPN developer may be forced to collect and give up your data by the government of the country it’s set up in. Avoid VPNs established in Five Eyes countries (see the jargon dictionary explanation down below).

Policy: it is very important to know what the VPN developer is promising you. When it comes to privacy, the crucial bit is whether they have a “no-logs” policy – meaning that they don’t collect any data about your browsing habits.

Technology: the security technology that VPNs rely on is improving all the time – partially because new vulnerabilities are discovered, and hackers get more sophisticated. Choose the VPNs that only use the most secure tunneling protocols (explained in more depth in the jargon section).

Reviews: a popular VPN is likely a good VPN. Read the reviews – especially on TrustPilot – to check what the people say about security, ease of use, and the availability of support.

Transparency: it is one thing for a VPN developer to say that they’re not maintaining any records. Another thing is to prove it by having an independent audit done. Make sure to check for that.

History: research the history of the VPN. Has it experienced any security breaches? Google <VPN name> breached” and find out. How did it deal with their breaches? Did it hide the information? Has it been involved in any other scandals?

Is VPN use legal?

A VPN is just a tool for improving privacy and security – just like an antivirus. It is legal in 99% of the world. What is illegal is using a VPN for crime.

However, there are countries that made VPNs less-than-legal due to political reasons. The use of a VPN is restricted or illegal in 10 of 196 countries. It is government-controlled in China and Russia (it’s legal to use it in these two countries, but you must agree to turn over your data), Oman, Iran, Turkey, and UAE. VPNs are banned in Belarus, Iraq, North Korea, and Turkmenistan.

No, a VPN does not make you 100% anonymous, as there are many other factors that influence your security online.

For one, your internet service provider (ISP) might still know your IP and that you’re using a VPN (with the exception of Surfshark’s Camouflage mode, which hides VPN use), but it doesn’t know what you’re doing online.

Does a VPN help with streaming?

Unblocking streaming is one of the most popular uses for VPN. Due to complicated licensing deals, streaming services like Netflix don’t make their content accessible everywhere. They use various measures to figure out what country you’re connecting to. This means that you’re paying for the streaming service just like everyone else, but getting an incomplete service. A VPN can help you fix that.

In the end, those licensing deals lead to services discriminating against customers based on their location. But you don’t have to tolerate that as VPNs can overcome their country checks.

What to look for when choosing a VPN

There are many VPNs out there, and choosing one can be intimidating. That’s why we compiled a list of qualities to look for in a good VPN:

The selection of servers: the more servers in more countries a VPN has, the more options you have when using it to access the content. For example, Surfshark maintains over 1500 servers in 60+ countries.

Country of origin: the government may force a VPN to keep records and hand them over. It’s best to avoid VPNs established in Five Eyes countries (see below for a VPN jargon explanation). You should also be cautious with Nine Eyes and Fourteen Eyes.

No-logs policy: As VPNs route your traffic via their servers, they can keep track of what you’re doing online. That’s why it is important to use a VPN that keeps no records, also known as having a no-logs policy.

Kill Switch: this a VPN feature that disconnects your internet connection if the VPN protection goes down. It sounds serious, but it’s necessary: if you started browsing without VPN working, you’d be giving away information about yourself.

Comprehensive support: check for a VPN that has not only a good FAQ section but also live support. For example, Surfshark offers 24/7 live support.

Price: Free VPNs are insecure or even dangerous. A good paid VPN comes under $10/month these days. Anything more isn’t worth it.

Get a VPN that suits your needs 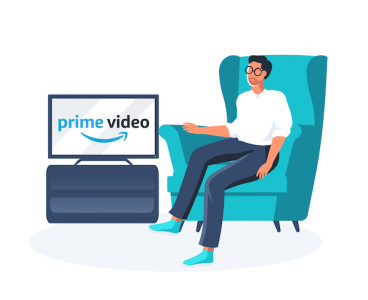