Have an iPhone? Here are 5 reasons why you need a VPN

Should I use a VPN on my iPhone? Yes! A Virtual Private Network (VPN) adds an extra layer of protection for your smartphone.

When you connect to a VPN, your online data is protected, your actual location is kept private, and your online activities are shielded from prying eyes. This article aims to explain, in detail, the reasons to use a VPN on an iPhone. So reach out for a cup of coffee, and let’s delve right into it!

Five reasons to get a VPN on your iPhone:

What does a VPN do on an iPhone?

A VPN adds an extra layer of security – hiding your online location and making your data unreadable for snoopers – to your iPhone. Here’s how a VPN works:

When you connect to a VPN, it establishes a connection to a VPN server. A VPN uses protocols to keep the connection private. A protocol is a set of rules that establish how a VPN protects you. Once the connection is established, the following happens:

You can check out our comprehensive guide on what a VPN does on an iPhone and how it works.

5 reasons to use a VPN on your iPhone

Highlighted below are the reasons why you would want to a VPN on your iPhone:

Hackers are always on the lookout for vulnerable people online. Unsafe public Wi-Fi is one of their easiest targets. Most times, the data shared when using public Wi-Fi is not encrypted. Consequently, malicious actors can “break in” and steal your data.

On the same note, sometimes hackers create fake Wi-Fi hotspots. In fact, that’s the main answer to “should I leave my VPN on all the time?” – it’s to protect you when your phone automatically connects to a hotspot which may have been compromised.

So, to stay safe and secure on public Wi-Fi, you need an additional layer of security.

A VPN helps you to establish a safe and secure connection on public Wi-Fi by:

Encrypted internet traffic is turned into unreadable code. Meanwhile, hiding your IP makes it hard to pinpoint your location in the real world. Add these two together, and you’ll get a large increase in privacy.

Ever get tired of network restrictions at work and school? Schools and workplaces block access to certain websites or online content for “productivity” and “to lessen the network load.” Nevertheless, you can overcome such blocks – all thanks to VPNs!

A VPN can bypass school and work restrictions. You can connect to a VPN server in a location of your choice and gain access to cool things online. For further reading, check out 6 reasons why you should use a VPN at work.

There is a rapid increase of internet shutdowns across many nations of the world. Imagine living in a country or traveling to a nation where access to your favorite social media platforms are blocked. If you live in such a place, there is a way out!

Once again, a VPN comes to the rescue to avoid different website restrictions. A VPN can bypass common ways websites are blocked, especially IP blocking and DNS filtering.

In order to avoid censorship, connect to a VPN server in another location. For example, if you want to access BBC or the New York Times while in a country that blocks them, connect to a U.S. location.

Does your internet speed suddenly drop whenever you open a streaming service? It might be your internet service provider (ISP) capping your bandwidth because they see you streaming. Yes, ISPs do that, and it’s called throttling.

Since they see what you do online, ISPs often throttle your speed if you download files or stream videos. A fix? You guessed it – a VPN. A VPN hides your traffic from your internet provider, so they don’t know what you’re doing. This way, you can avoid throttling and stream privately with a VPN.

Disclaimer: Surfshark does not encourage using a VPN in any way that would potentially violate the Terms of Service of other service providers

Location plays a vital role when it comes to purchasing things online. Here’s the thing: companies set prices based on your zip code, IP address, purchase history, and even which Wi-Fi you’re using. This is price discrimination. And often, you pay more for an item if you’re from a higher-income country.

However, using a VPN, you can switch locations to get the best deals. Yes, you can defeat price discrimination to save significant amounts of money when you shop with a VPN. For more on this topic, read about how to get cheaper plane tickets with a VPN.

How to use a VPN on an iPhone

A Virtual Private Network is one of those technologies you can get running on your iPhone in a few simple steps. Don’t worry, you don’t have to be tech-savvy – it’s easy to use iPhone VPNs. 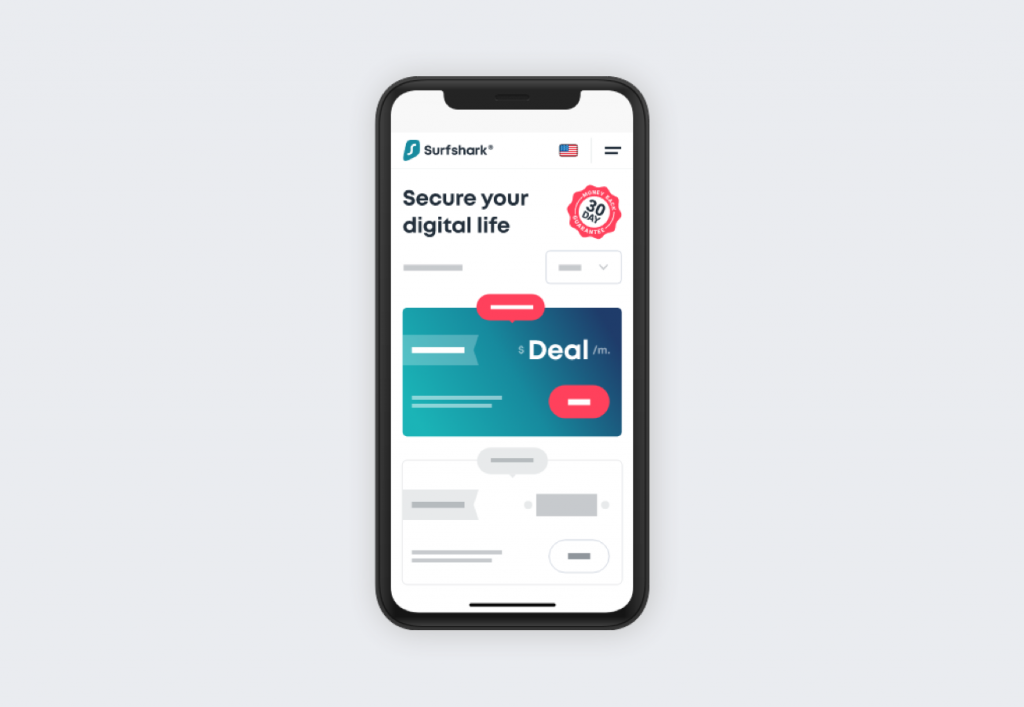 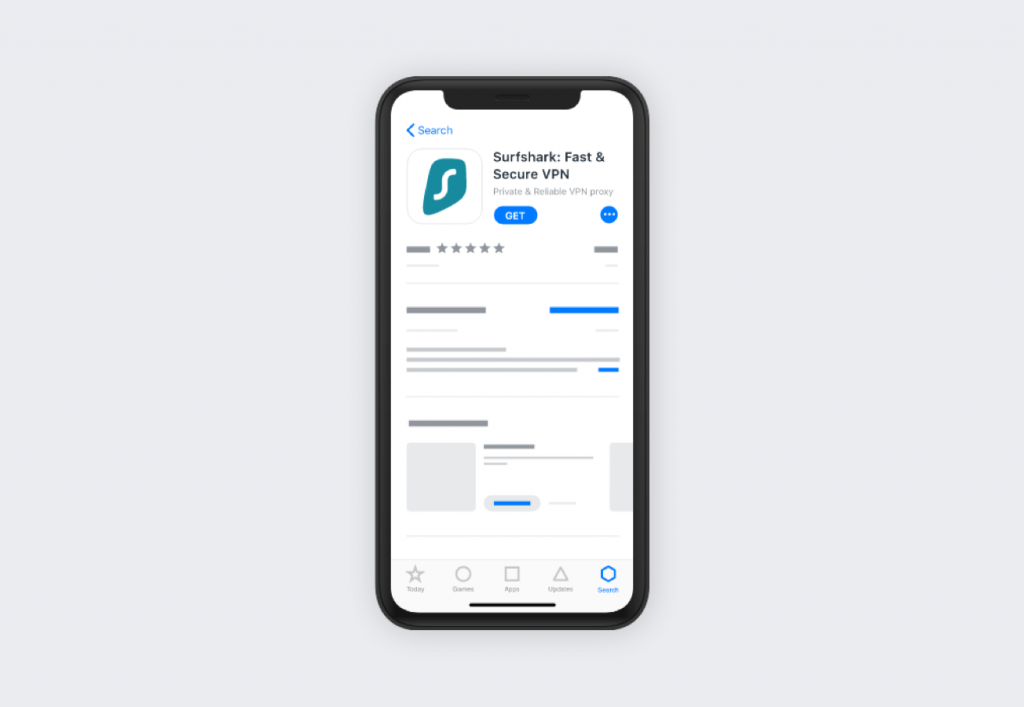 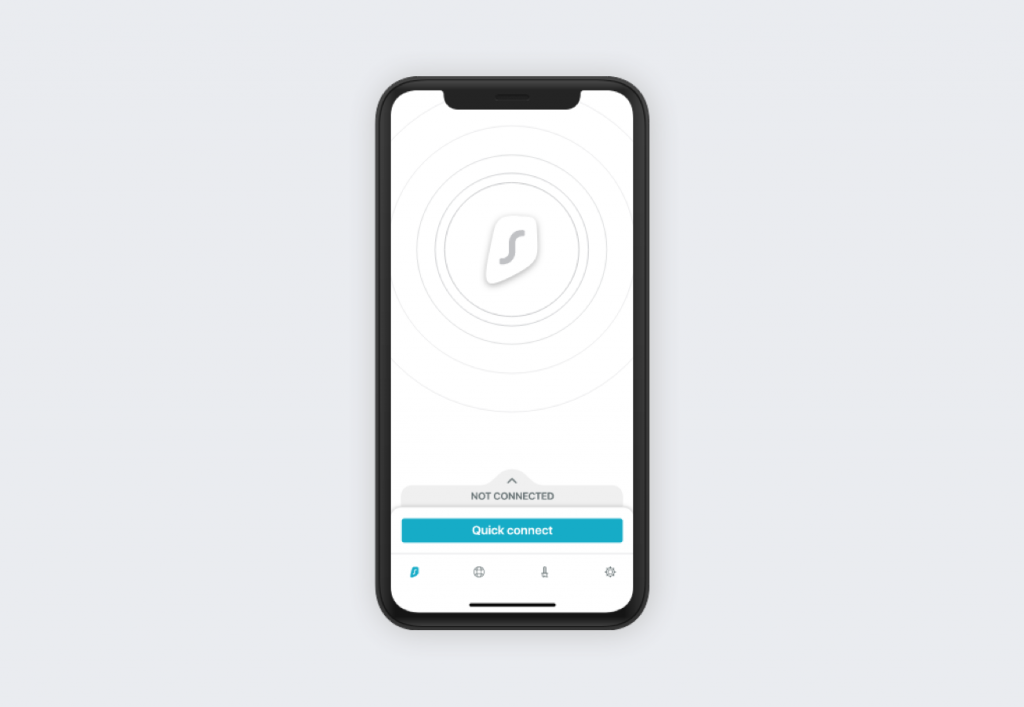 Now you’re set to enjoy the benefits of a VPN.

If that isn’t enough, we have all the information you need to set up a VPN on iPhone.

Yes, you need a VPN on your iPhone

iPhones are generally secure, but they aren’t immune to privacy issues. You may think you’re safe online when surfing the internet, but your data may be collected legally –  or your credentials may be stolen when you’re connected to public Wi-Fi. Hence the need to add an extra layer of security on your iPhone. Surfshark VPN has everything you’ll ever need in a modern VPN – and for an affordable price!

Reclaim digital privacy on your iPhone now
Get Surfshark!

Can you use a VPN in China? Your questions answered

Does a VPN keep you safe from internet viruses?