15 Netflix Alternatives to Binge Your Way Through the Weekend

Netflix: it’s so big, yet it feels so small when you need to find something good to watch. I’m not talking about regional restrictions here – some of the tastiest movies and series are forever out of the “and chill” service’s reach. So when this little fact is about to ruin your evening, turn to this article – and the list of 15 Netflix alternatives – to keep the mood going.

We’ll be splitting the list into paid and free services. Since the best things in life are free (notable exception: VPNs), we’re going to start with those! 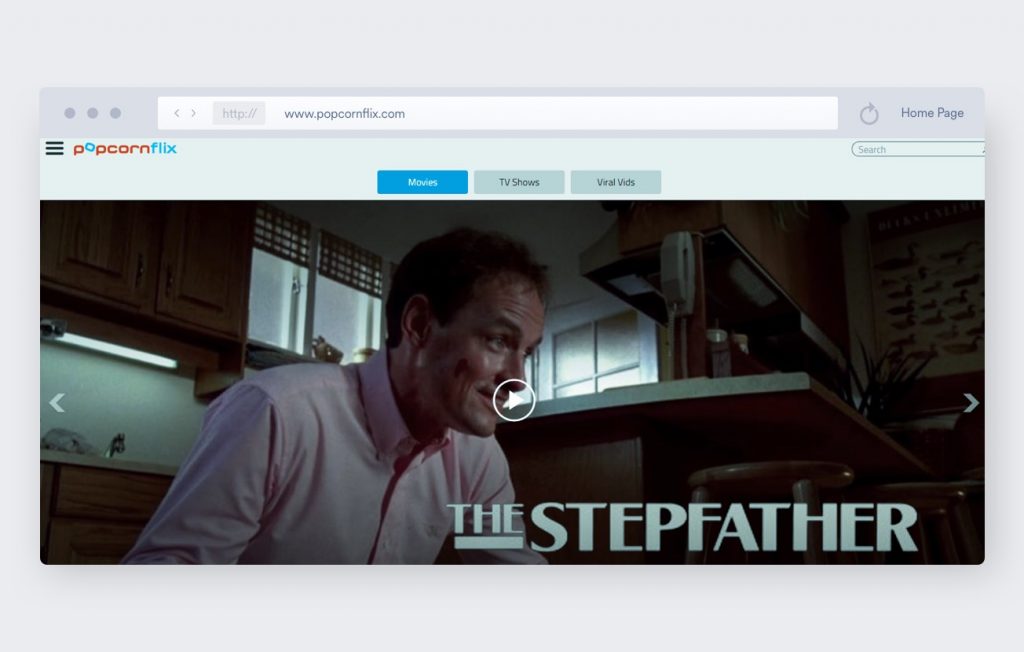 Popcornflix (not to be confused with a pirate streaming site of a similar name) offers more than 700 movies across different genres. This includes hidden gems like Train to Busan and fan favorites like Kitchen Nightmares (arguably scarier than Train to Busan).

It’s monetized via ads, so you’ll have to suffer through them to enjoy your movies. 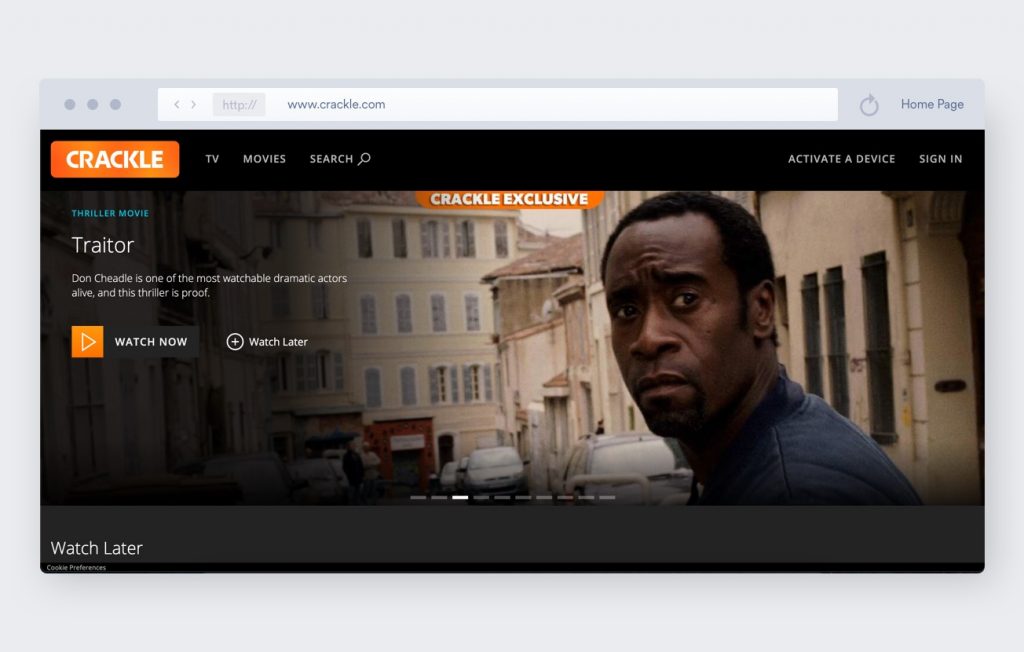 Crackle is positively ancient, having roots in Grouper of 2006. Partially owned by Sony Pictures Television, it offers a selection of movies and series from Sony subsidiaries and friends, as well as a smattering of original content. Binge watchers will have additional motivation with Crackle, as the content lineup changes monthly. 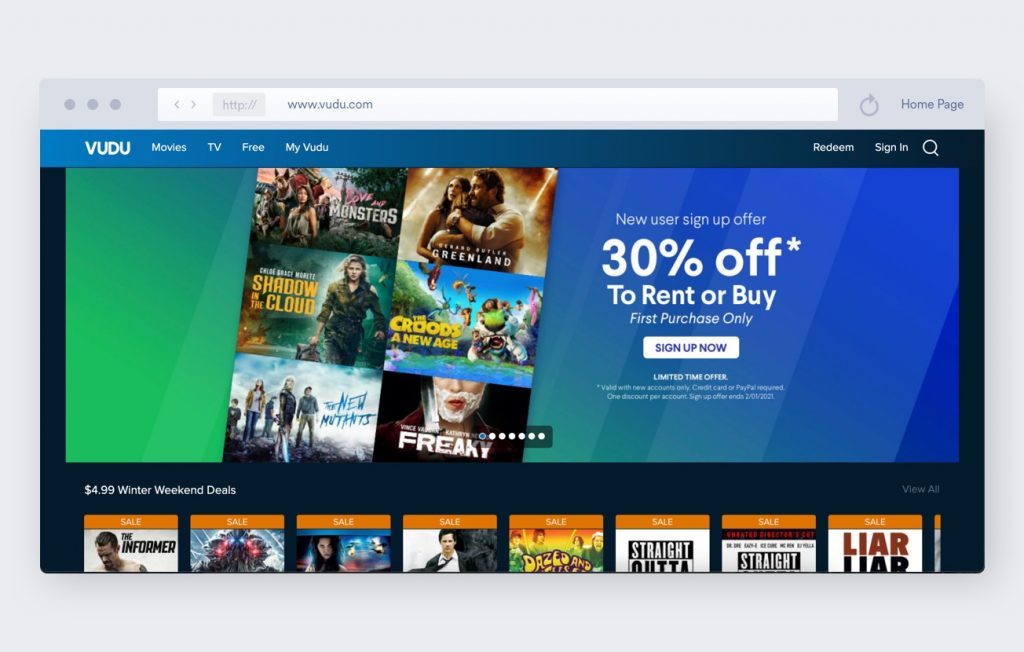 Vudu has a long history of buyouts, sales, acquisitions, and so on, but its list of titles is even longer. While it’s a movie rental service, it still offers more than 5000 titles for free – as long as you put up with ads (and the terrible interface that makes even well-known movie posters look like direct-to-DVD trash).

Watch classics like The Boondock Saints and Bad Lieutenant, or use the selection of sub-60% Rotten Tomatoes movies to start your own bad movie YouTube channel. 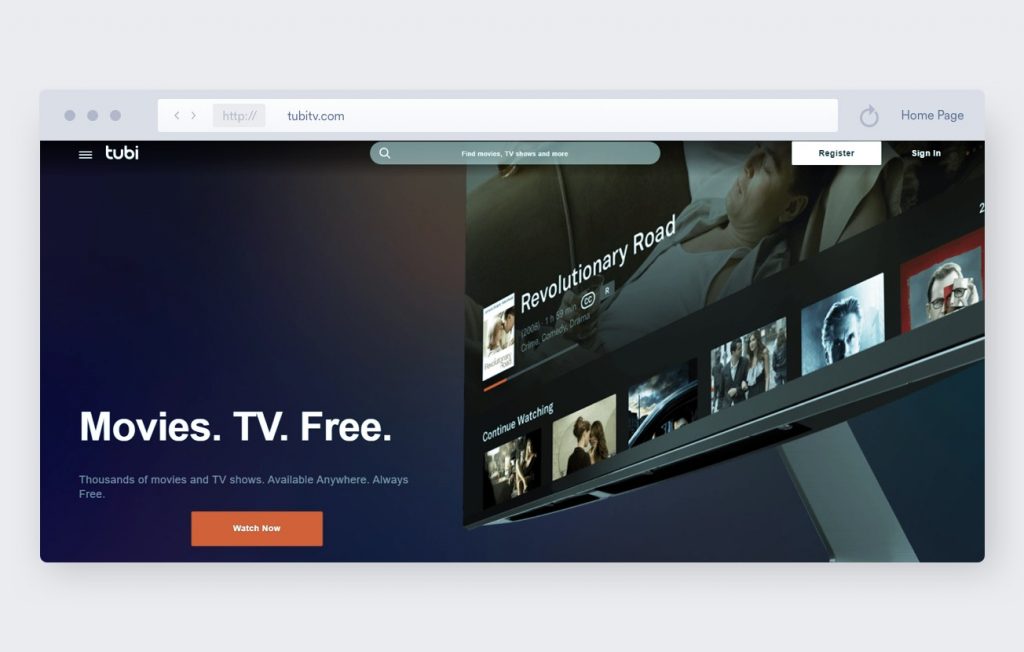 Tubi: the name is silly – like it was a documentary about washed-up Teletubbies – but the content selection is not! Ender’s Game, Donnie Darko, Earth: Final Conflict…

OK, I admit, I only checked the sci-fi selection, but it has a good offering of both classics and titles (sometimes fittingly) unknown.

The newest thing is Tubi Kids, which is meant, well, for kids, so you won’t even have to pick through the regular list to find something the tykes would like. 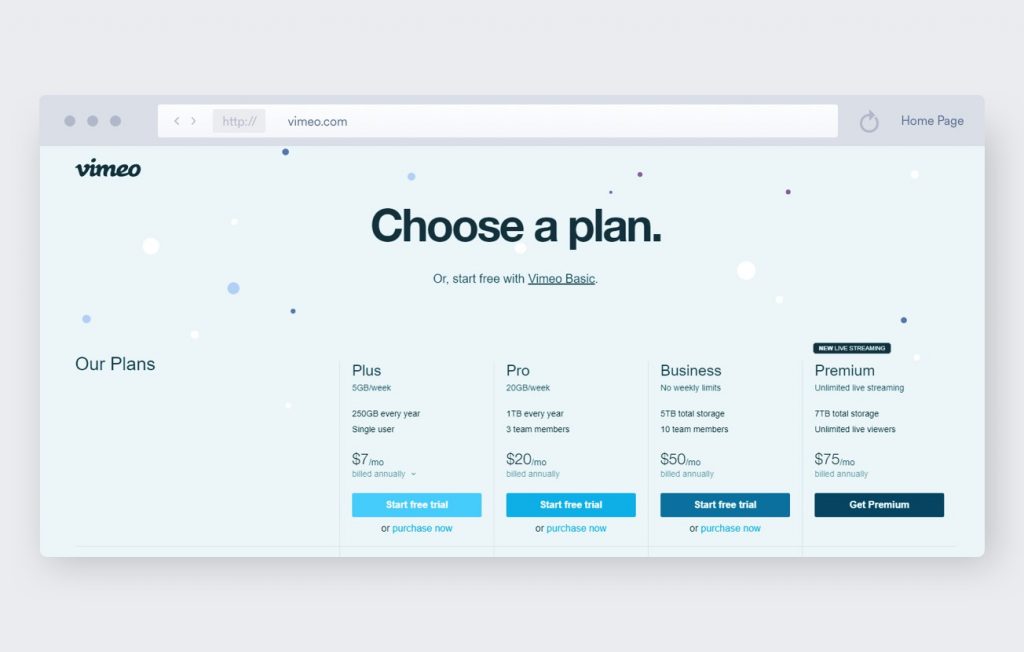 Imagine YouTube, but one you haven’t visited yet. Imagine a place that hasn’t been overrun with computer-generated videos about Spider-Man and Elsa that will scar children forever. That’s Vimeo, and you can enjoy the variety of original content – a lot of indie short films – for free.

Of course, some of the best stuff is only available to subscribers and paying members. 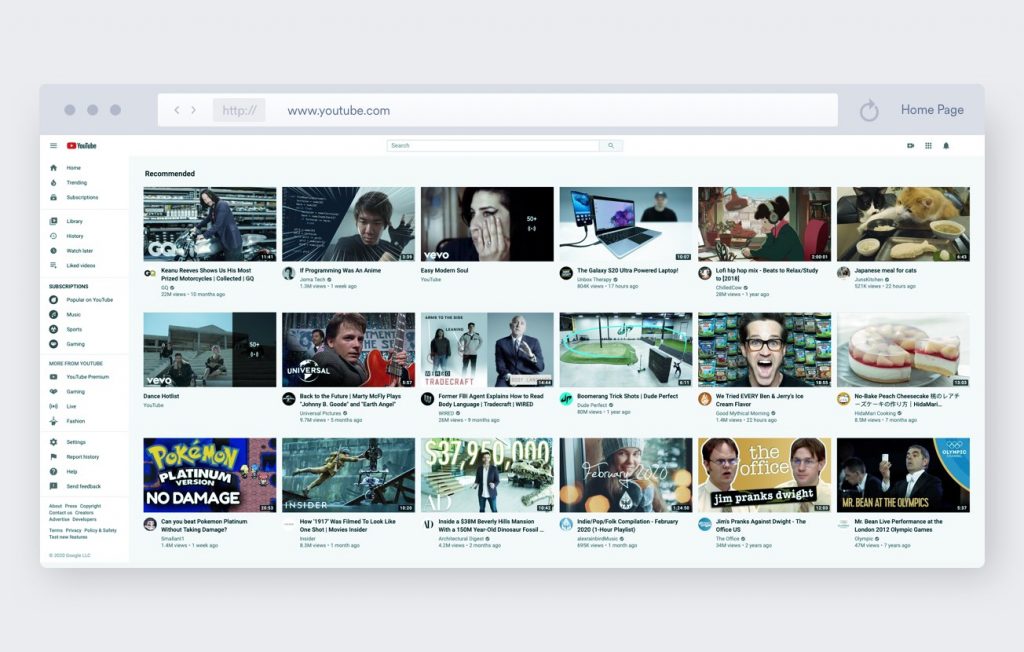 YouTube is… well, you know what YouTube is. But did you know you can find specific movie classics on it by searching their title + “full movies”? The public domain works in mysterious ways!

A bit harder yet still satisfying method is to seek out the best indie producers that put their stuff on YouTube. You probably know about Neil Blomkamp’s Oat Studios putting sci-fi shorts online – they’re not the only ones! 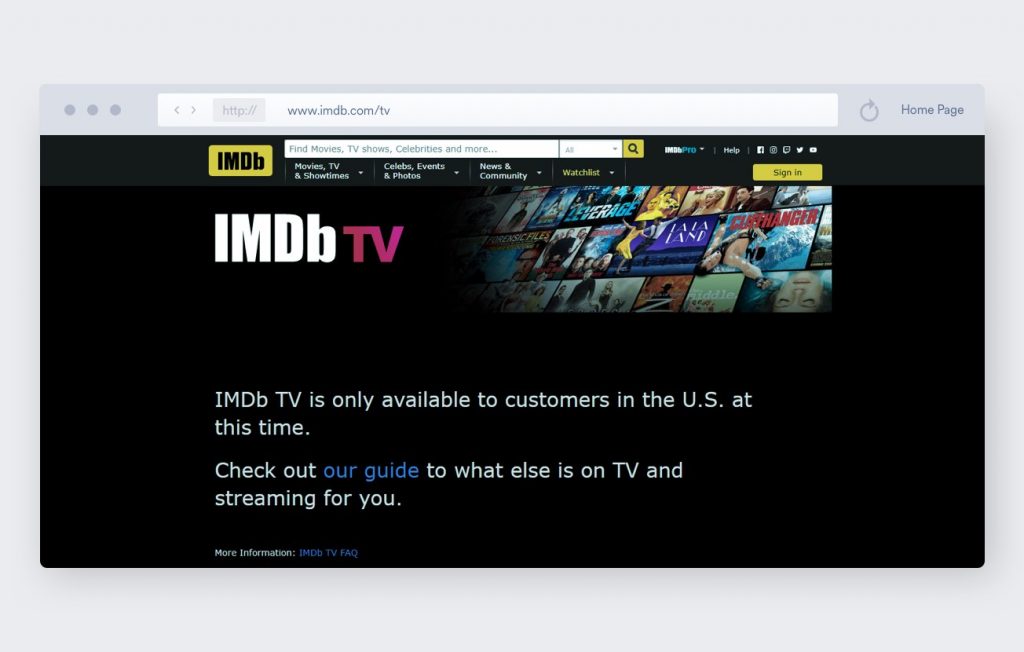 IMDb TV is a spinoff of Amazon’s Prime Video – and it’s free! It contains everything from movies to TV series to IMDb TV originals. Starship Troopers? Big Fish? Midsomer Murders, the bloodiest show in the history of the UK? It’s all there for the American audiences to drink in.

Yep, IMDb TV is one of those US-only deals! I also just learned that you don’t capitalize the “b” in “IMDb.” 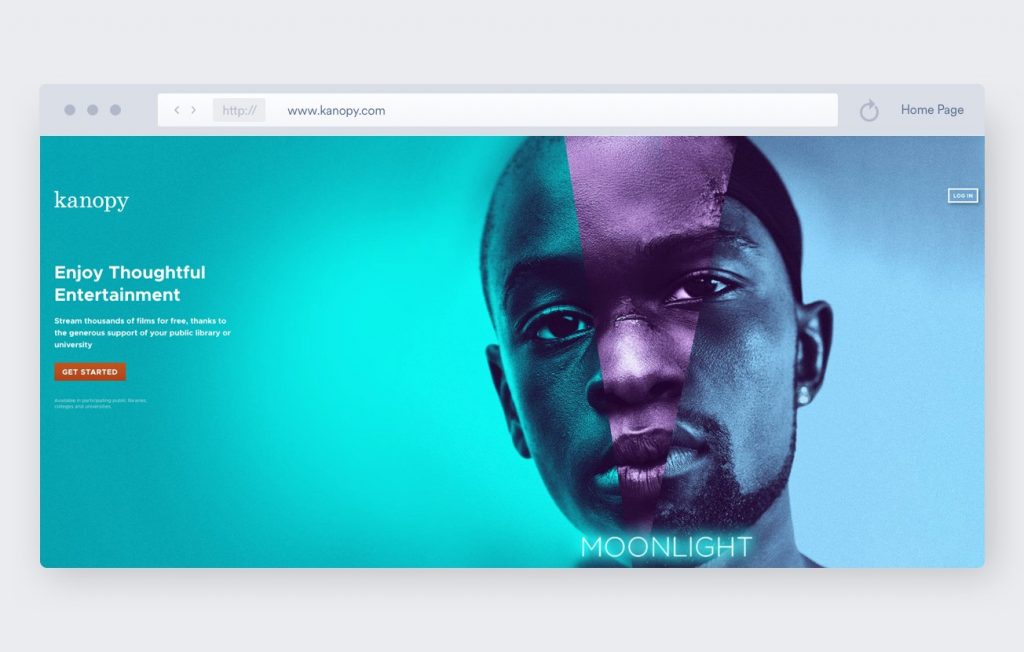 If you’re a positively ancient relic of ages past (so, around 30-years-old), you might remember libraries renting out movies. Guess what Hoopla and Kanopy do? That’s right, they give you free streaming – as long as you register with a library card or a university log on.

Hoopla is the more fun one, while Kanopy is more serious. Whichever you choose, be prepared to see some stuff that hits harder than the usual Netflix fare. 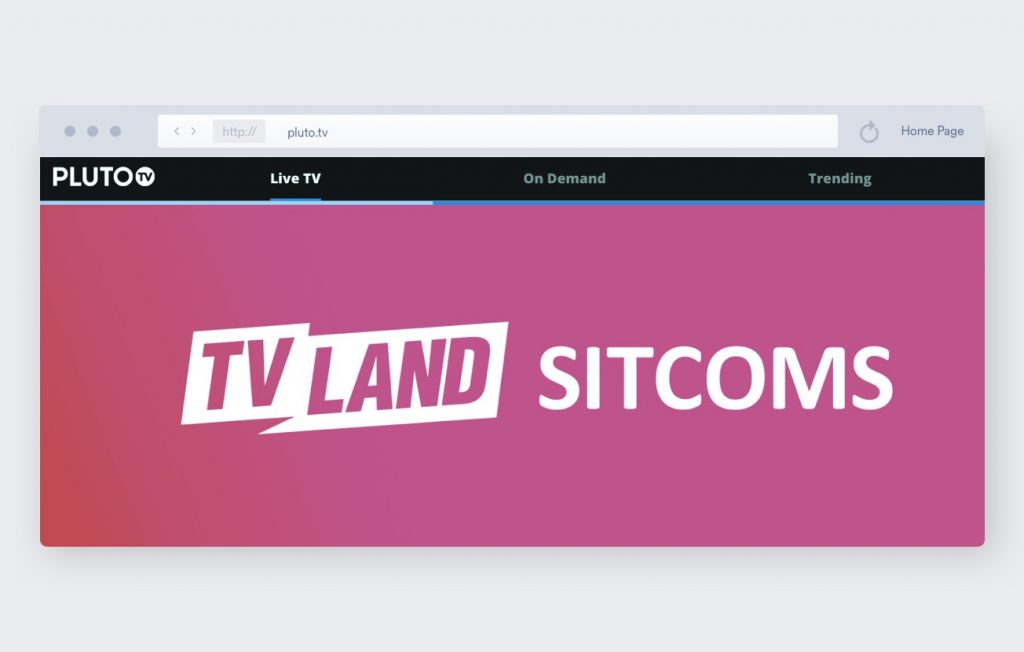 Pluto TV has no relation to the Disney character. However, it is related to the traditional linear TV experience. You can watch one of the many TV channels that Pluto offers… or you can just get the stuff you want on demand.

Pluto TV is a land of contrasts! 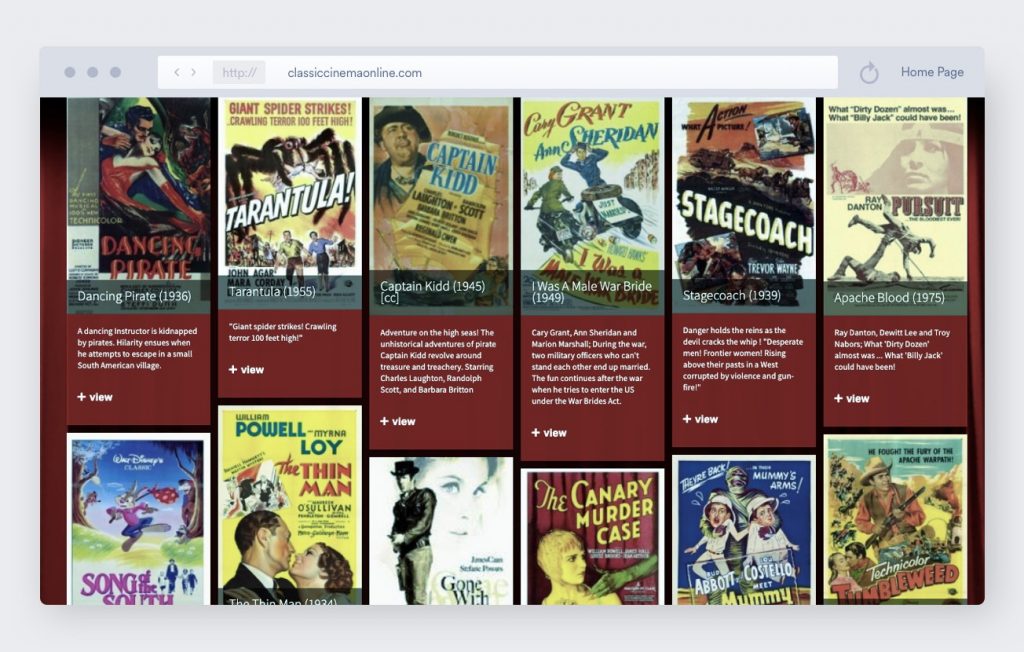 You read me mention classics, and you saw me mention “no new titles” as a downside plenty of times. But what if that’s the point? Classic Cinema Online hosts old – ancient – movies for you to watch.

It mostly collects the ones uploaded to YouTube, so it serves as a directory rather than a real streaming service, but you catch my drift. Unfortunately, some movies can go AWOL for reasons like the uploader’s account vanishing.

To build on the earlier metaphor, the second-best thing in life must be paid, right? So here are some of the best paid Netflix alternatives! 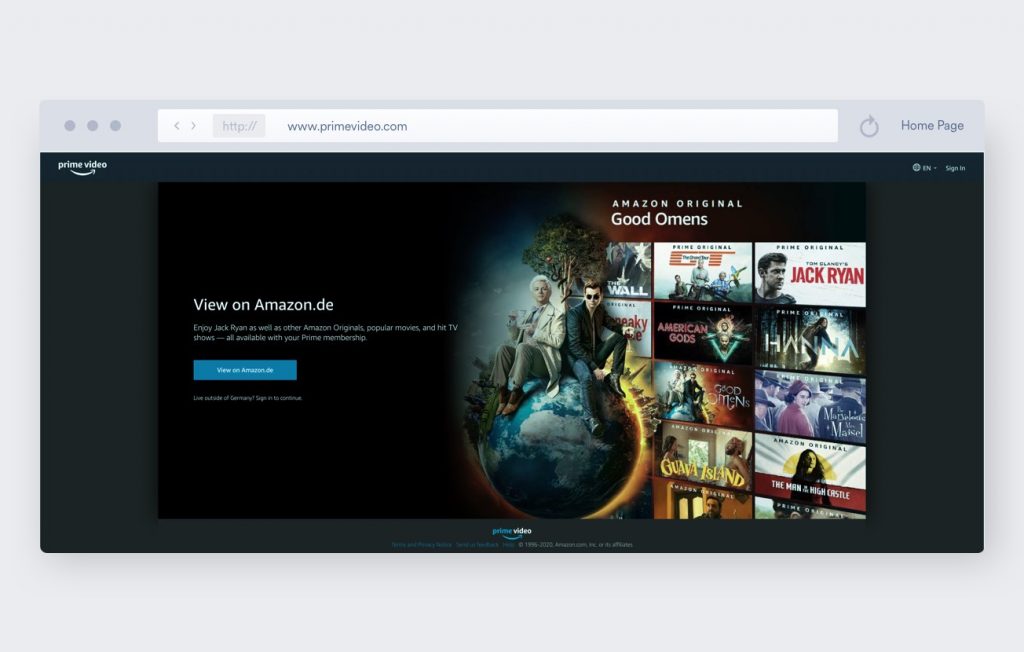 Amazon Prime Video may belong to the great devil Bezos himself, but it’s one of the most potent alternatives to Netflix out there. You can start with a 30-day free trial and then subscribe to it for as low as $12.99 a month.

Of course, layers of subscription exist, so you have the option to pay more to get more. And you know what else exists? Geo-blocking! Some content on Amazon Prime Video won’t be available outside the US. 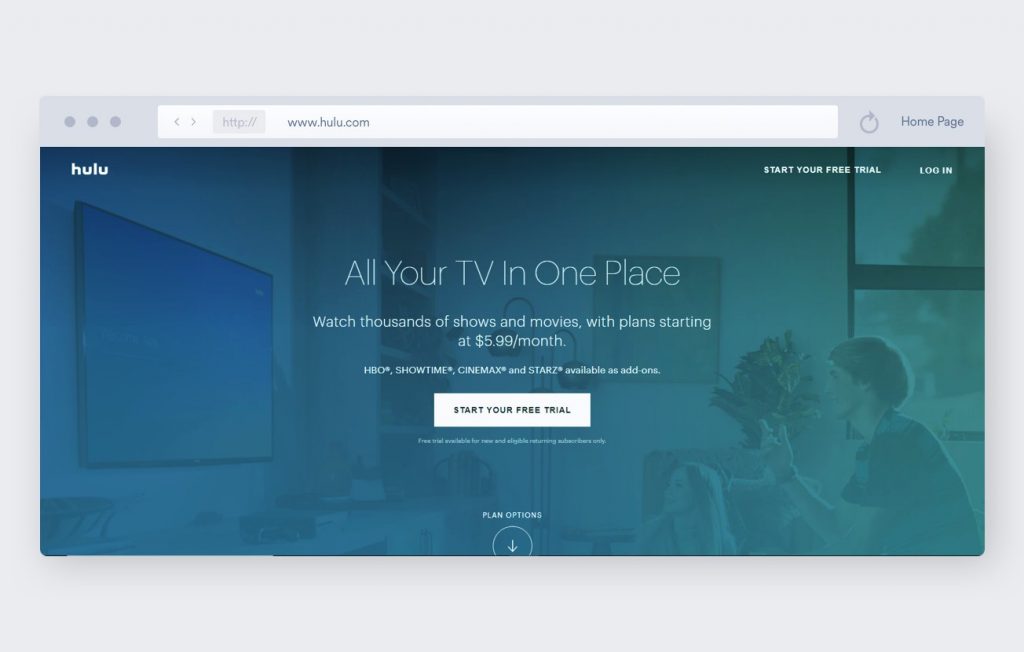 Hulu is another excellent Netflix alternative not available outside of the US.

It offers various shows and movies both old (The Waterboy) and new (The Gemini Man), and even Hulu originals. When you sign up, a free 30-day trial will lead you into the tiered subscription model, which starts with $5.99/month and asks you for more if you don’t want to bother with ads, which may sour some. 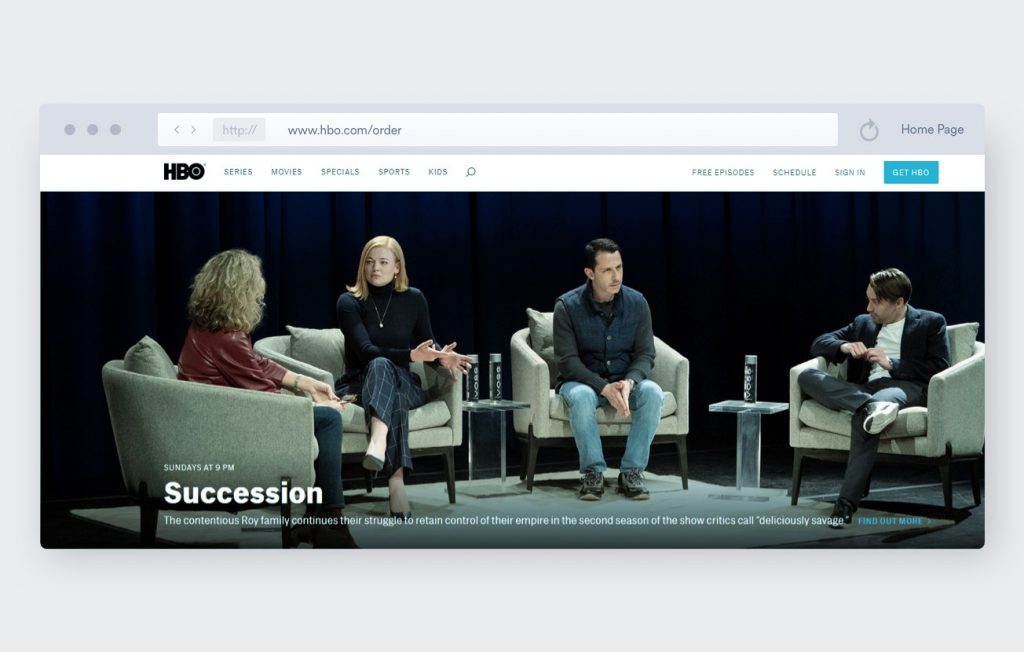 HBO Go and HBO Now are dead – long live HBO Max! Just like the plot of a premium television series that considers itself smarter than it is, the naming scheme of HBO services will leave you confused. The content, however, will delight you.

Westworld, Sopranos, whatever the new hotness is now that we’re trying to suppress all memory of Game of Thrones – it’s all there. There are also plans to put cinema movies up basically on the release date, so that’s something to look forward to.

The service price starts at $14.99/month, which puts “premium” in “premium television.” 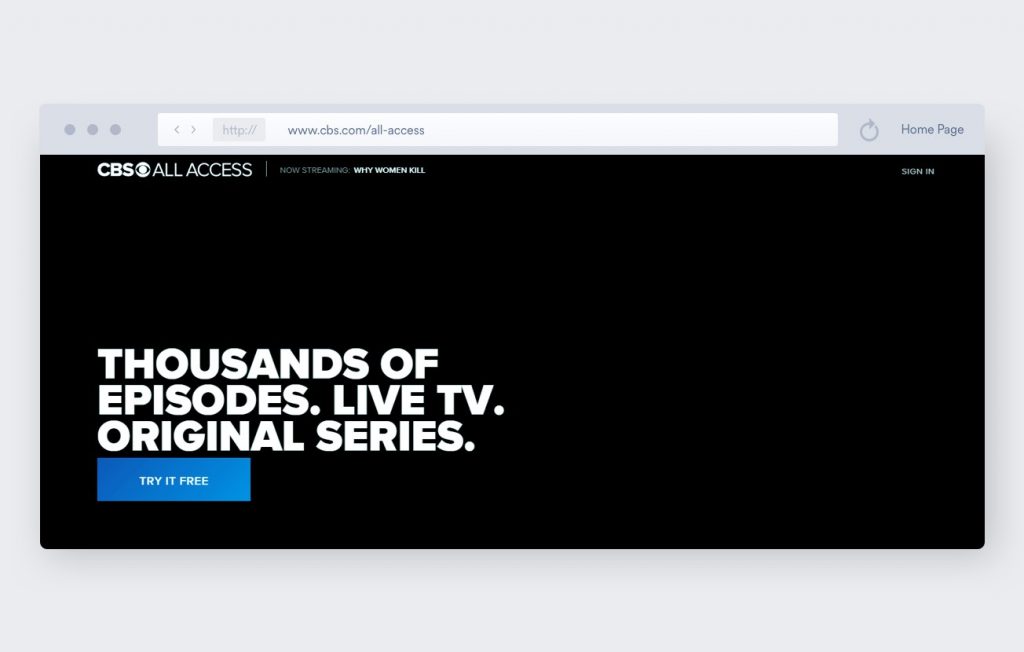 If you are a fan of CBS, welcome, fair American reader, for I assume only you know the company by name! For everyone else, this is the option if you want to watch all things Star Trek because CBS All Access has the movies, the TV series, and the new Star Trek originals. There’s also stuff like MacGuiver, a bunch of movies, live sports streams and local news coverage.

Basic CBS All Access membership plans cost $5.99 per month but come with commercials. You can get rid of them with the $9.99/month plan. Offer valid for peeps in the US and Canada only. 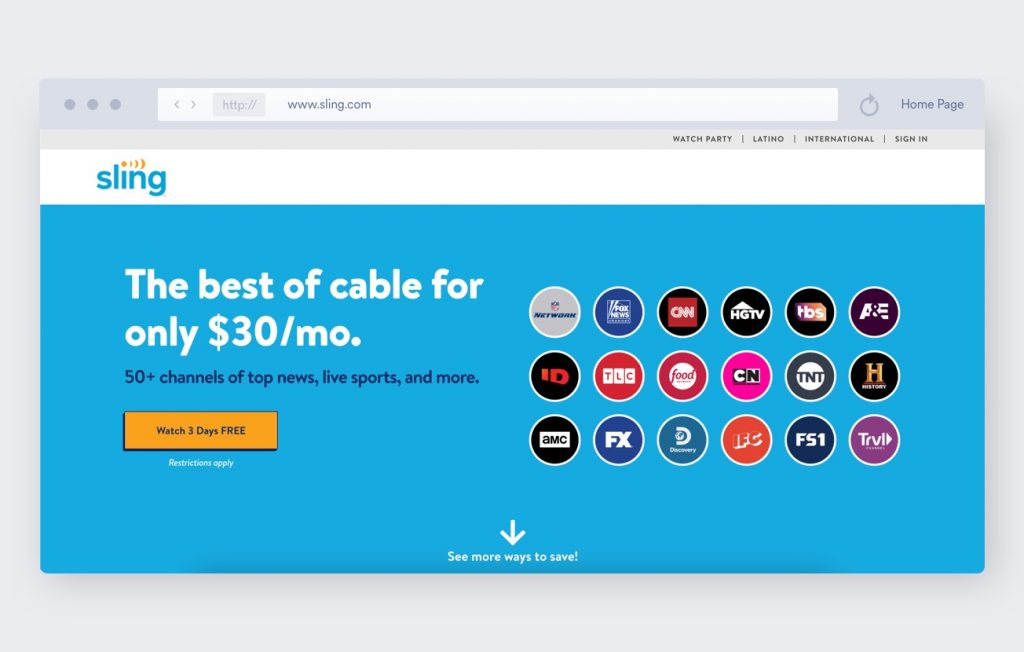 Sling TV is meant for people in the US who want to yeet their cable subscription out of the window and just watch whatever. With Sling, you get access to at least 25 TV channels (TNT, CNN, NFL Network) as well as on-demand content. There are also packages with international TV, like Polish TV channels!

It’s not cheap, however, the basic plans – like Sling Blue – will set you back $30 a month.

Secure those Netflix alternatives with a VPN

So you’re streaming a Netflix alternative. Do you want your ISP, ad algorithms, and basically anyone who cares to snoop online to know? No? Then you need a VPN and its many cool features:

Surfshark does not encourage using a VPN in ways that would potentially violate Terms of Service of streaming service providers.

Grab Surfshark and stream with the level of privacy only VHS players could grant.

How to get free Wi-Fi anywhere you go