20 best shark movies on Netflix and beyond

Shark movies are notoriously intense, campy, gory, and sometimes absurd. That’s precisely what makes them so much fun. So if you’re looking for a fun way to spend your evening, you might want to know what shark movies are on Netflix. You’ll find some good shark movies and some bad ones on our list. Whatever floats your boat (no pun intended!). To make things especially interesting, we didn’t include any of the Jaws movies. That would be a little too easy.

Here’s our list of the 20 best movies about sharks on Netflix (and beyond), in no particular order.

Plot: Scientists are studying Mako sharks in an underwater facility with the goal of finding a cure for Alzheimer’s disease. Genetic engineering makes the sharks incredibly intelligent, and once they revolt, the facility’s crew must find a way to survive. This classic is a must-watch if you’re just now getting into shark movies. 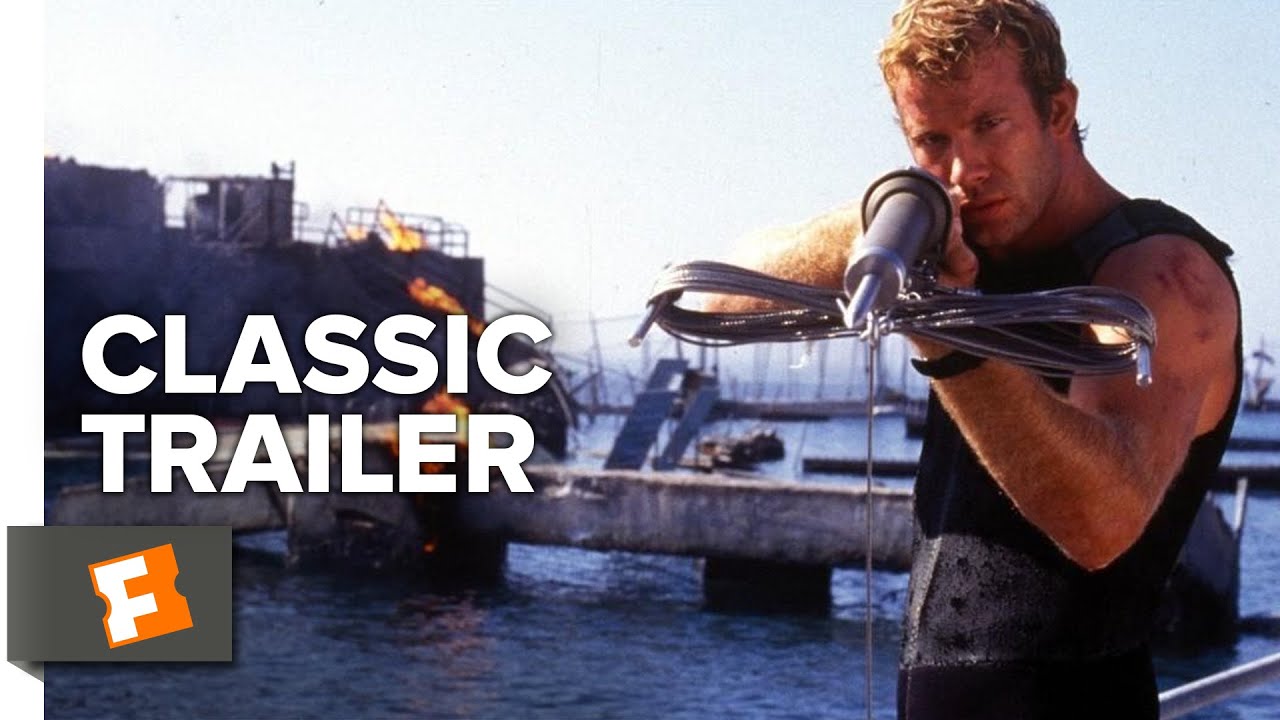 Plot: Two sisters decide to explore an underwater city. However, they soon learn they’re in the territory of the deadliest shark species. Trapped in a labyrinth of submerged caves, they must find a way to get back to shore. 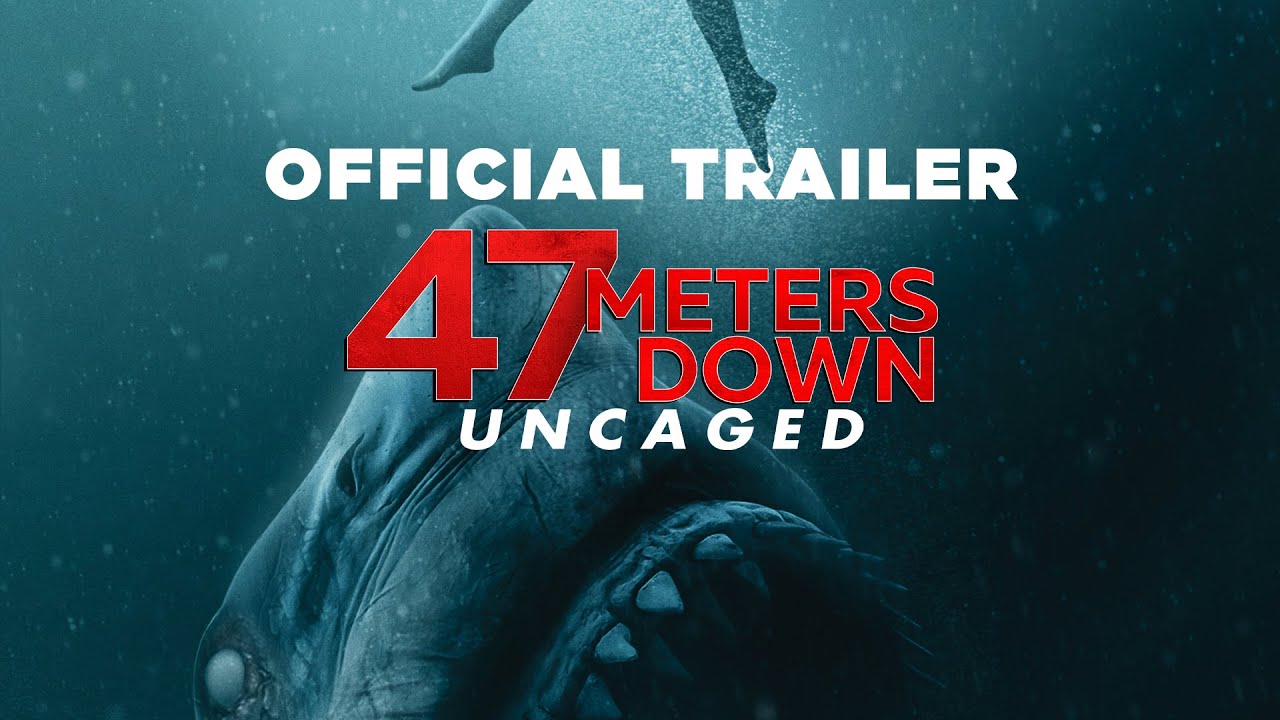 Plot: Five passengers end up stuck on a raft when their seaplane is destroyed. A 100 miles away from shore, with tensions rising and great white sharks lurking beneath, they must find a way to survive. 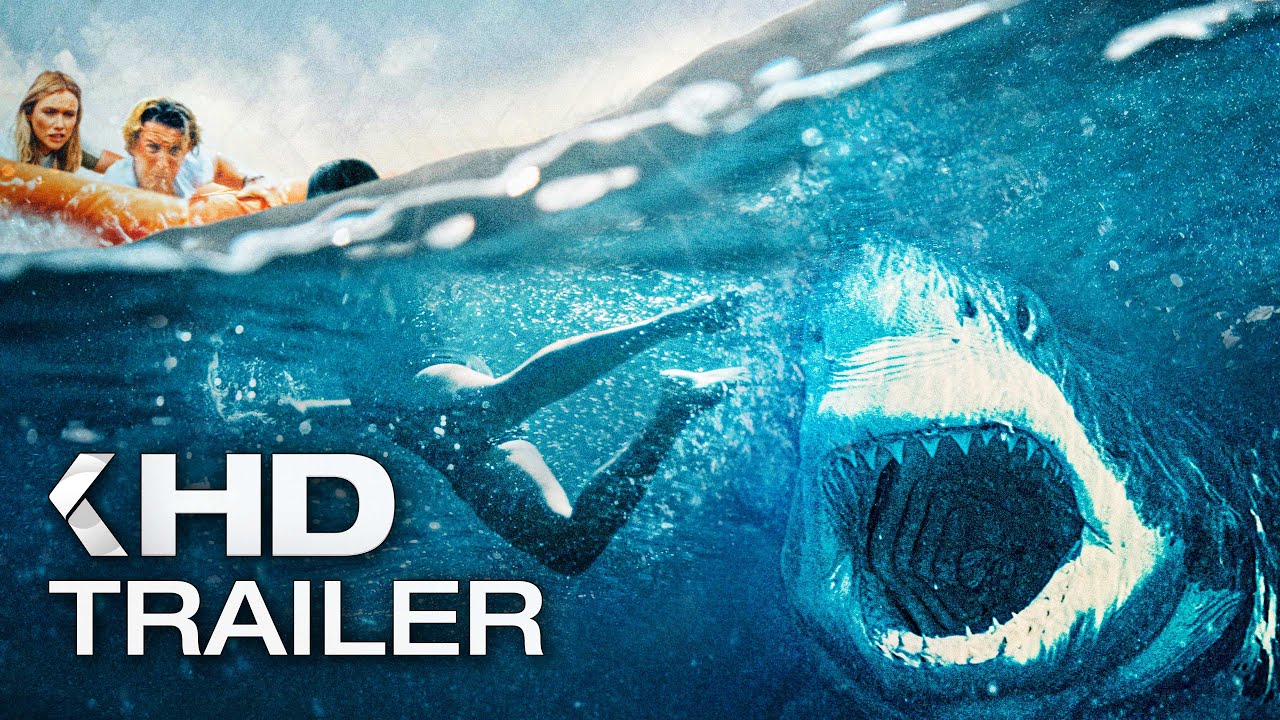 Plot: An American navy ship sinks during World War II. 890 crewmen are stranded in the Philippine sea. With no way to get back to shore and sharks circling their location, they have nothing but courage to keep them alive. 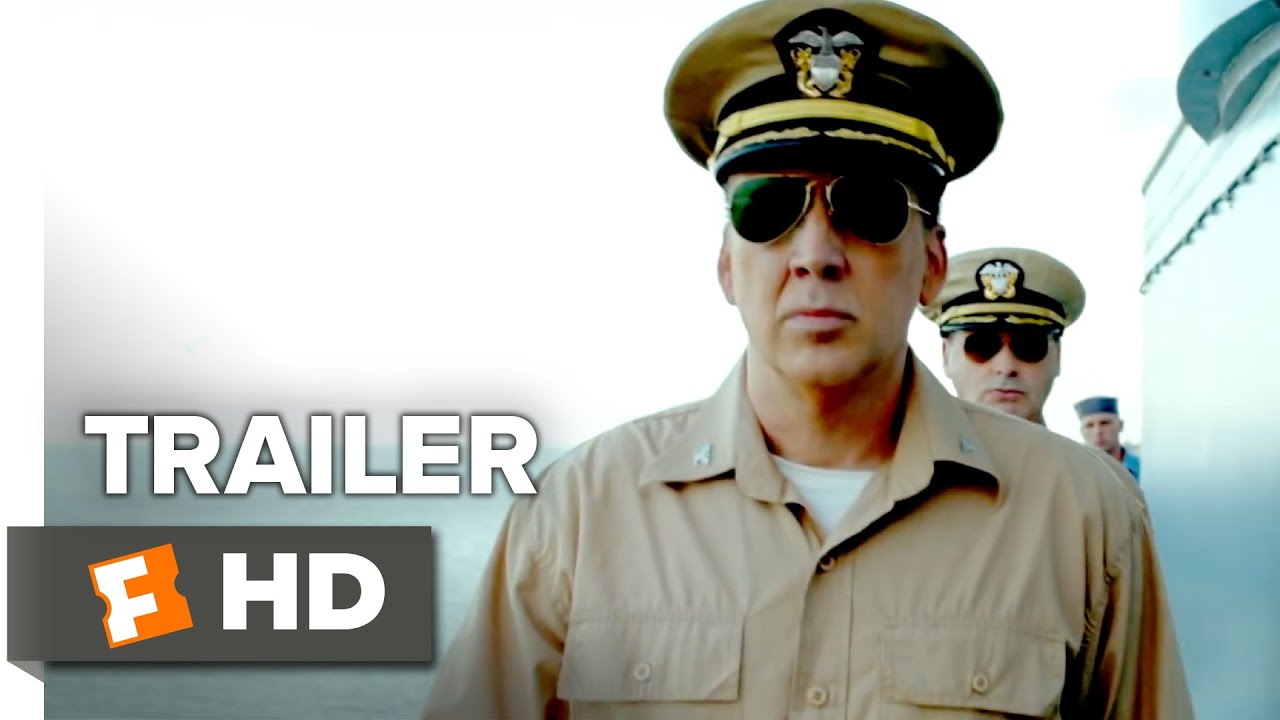 Plot: A surfer gets stranded on an isolated rock, unable to get to shore because of a menacing great white shark. She must figure out a way to survive before the tide brings her face-to-face with the shark. This movie is incredibly intense and arguably one of the best in the genre. 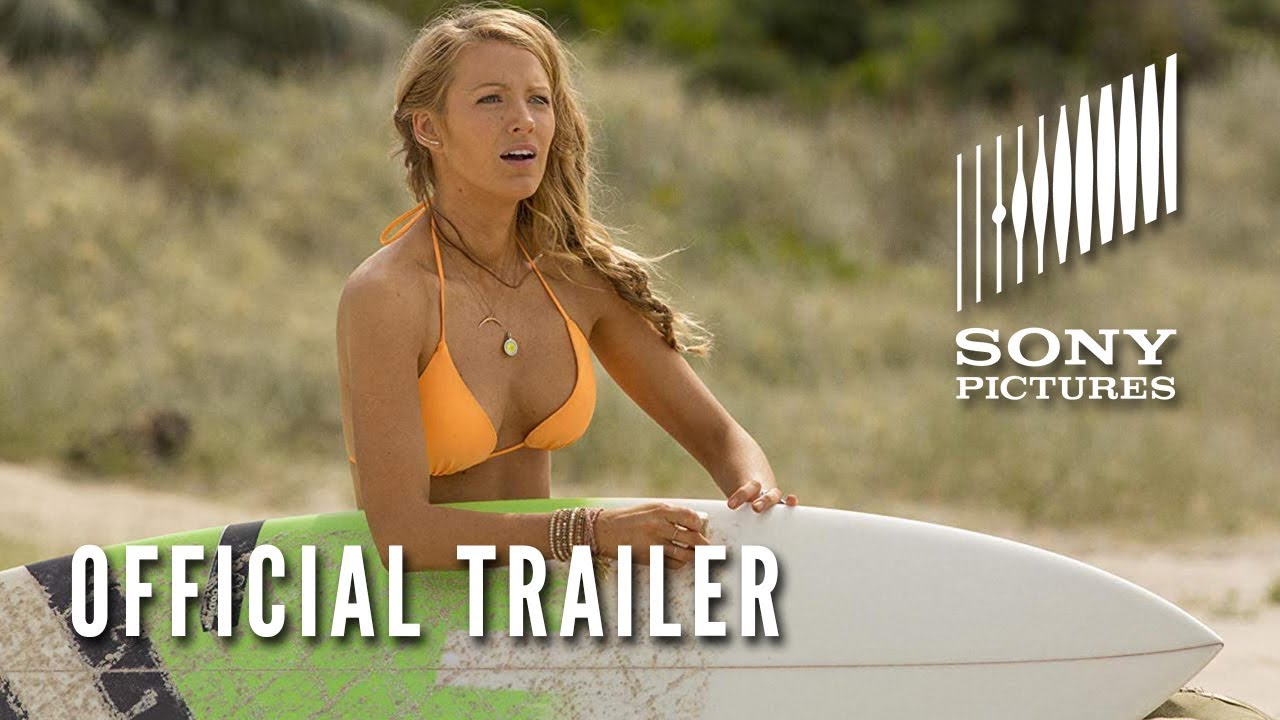 Plot: In Australia, an American couple goes scuba diving and is stranded when their boat leaves them behind. The couple soon finds out that, besides being isolated, they are also hunted by killer sharks. If this seems like a worn-out plotline, you might be surprised  that the film is based on a true story. 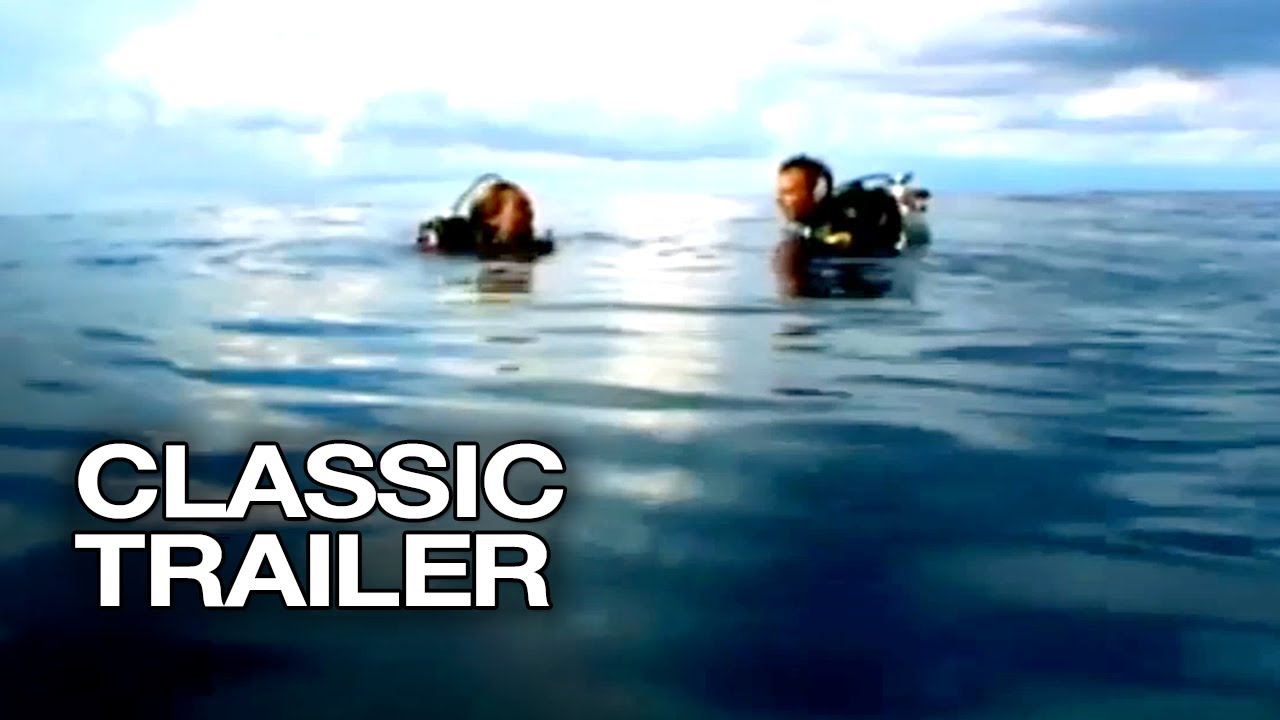 Plot: In an attempt to rescue researchers stranded at the bottom of the Pacific Ocean, Jonas Taylor (Jason Statham) battles a massive megalodon shark, a type of shark long thought to be extinct. The film is based on a 1997 novel by Steve Alten. 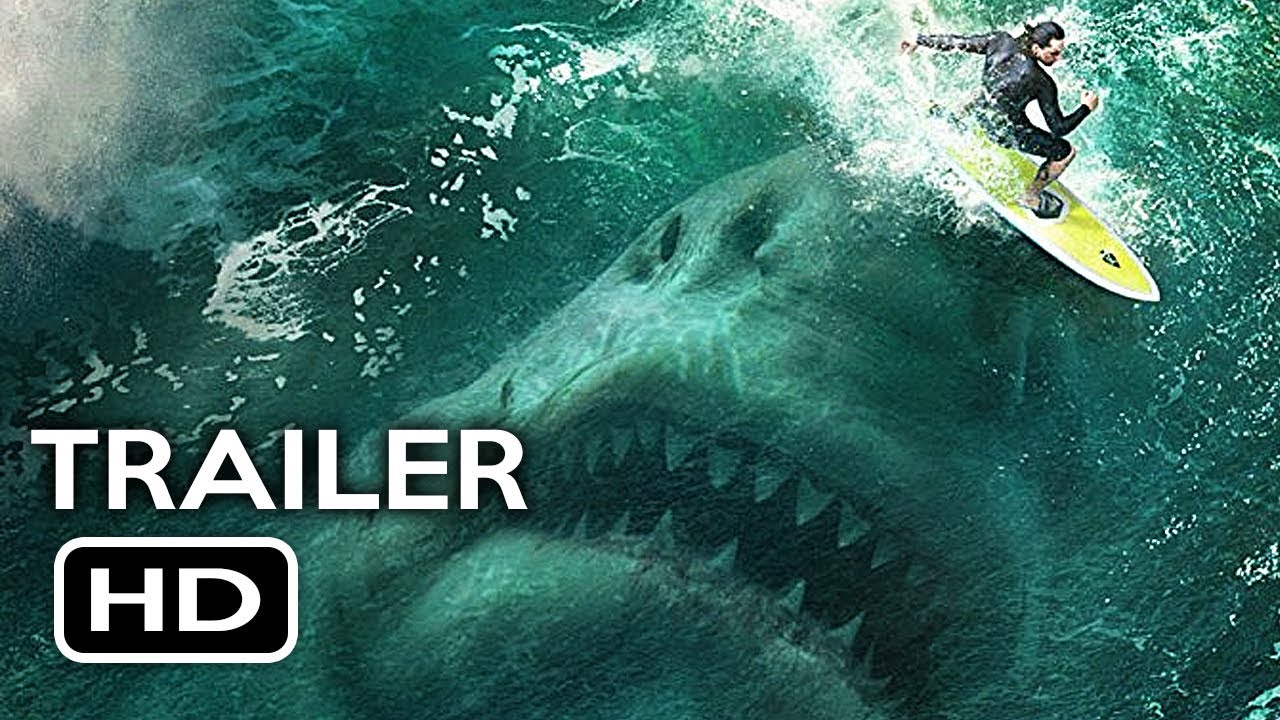 Plot: In this animated movie, an underachieving young fish makes up a story that he took out the son of a notorious shark mob boss. His dishonesty soon lands him in troubled waters. A star-studded cast leads this box office hit, which was also nominated for an Academy Award. 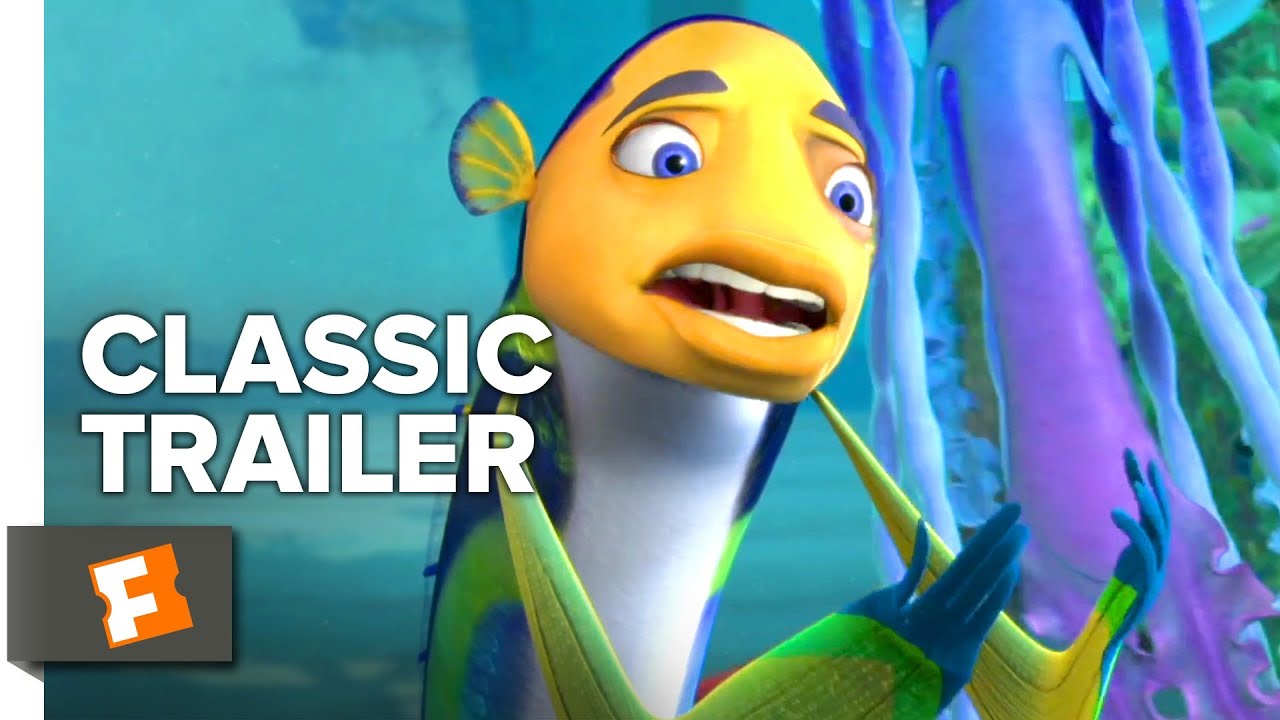 Plot: On a trip to Indonesia, a boat full of friends capsizes, leaving the passengers with no option but to swim to the closest shore. They soon realize a great white shark is hunting them. You won’t be able to sleep after this instant classic.

Plot: Two prehistoric sea creatures wreak havoc on the California coast to see which one can establish control of the sea. This notorious B-movie began the Mega Shark series and is arguably one of the best so-bad-it’s-good movies you can find. 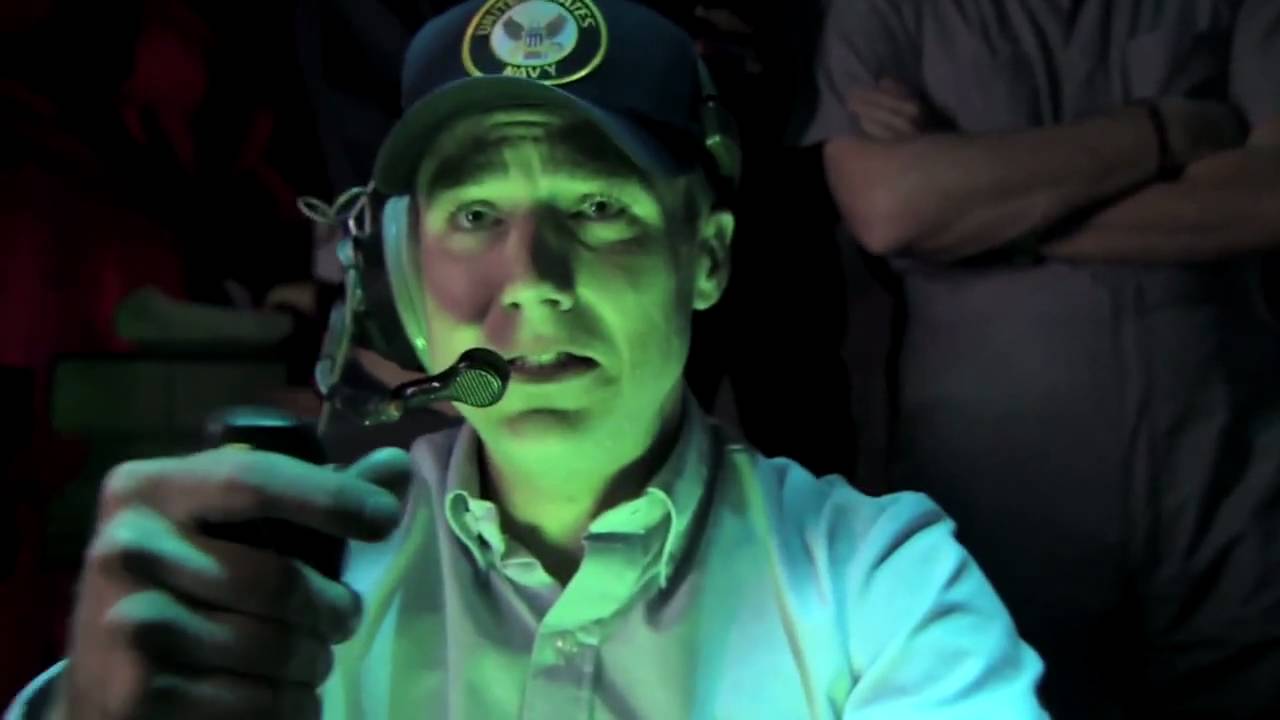 Plot: Fin returns in this self-aware second installment of the Sharknado film series. This time, floods bring sharks to New York. As tornadoes heighten the drama, Fin and company try to survive the onslaught of sharks that dwarf the one in the first installment. 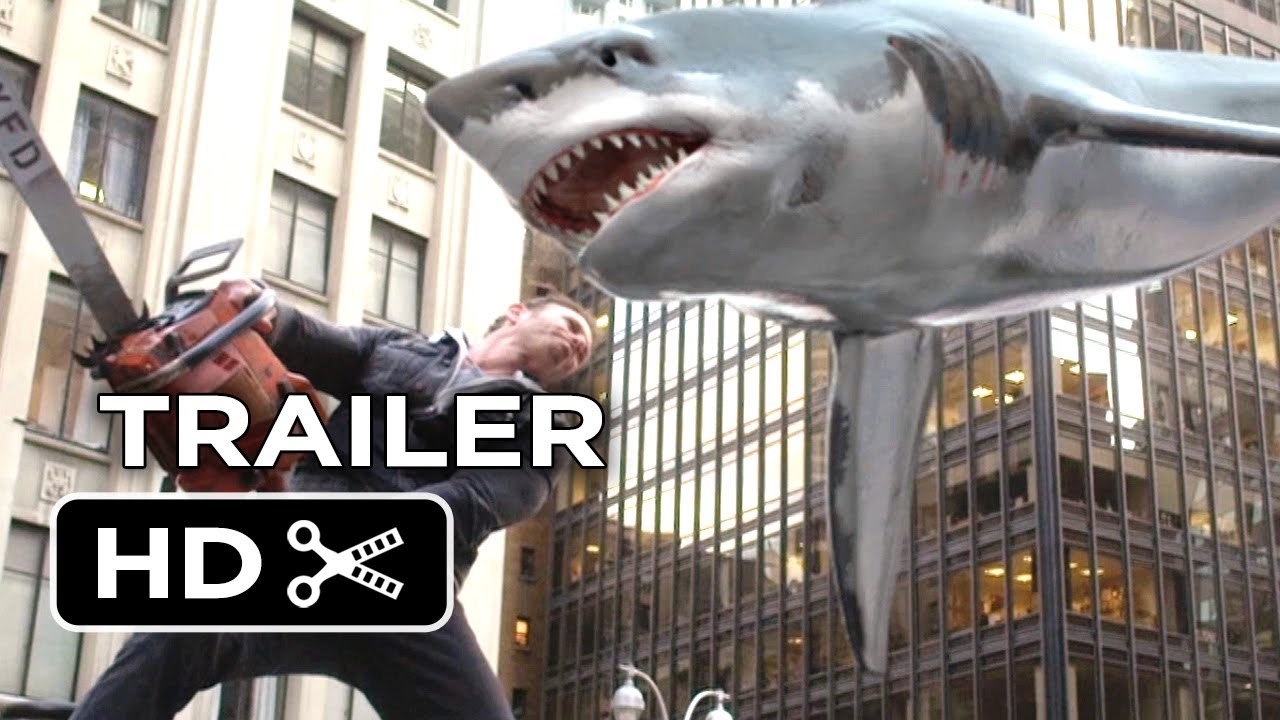 Plot: If you’ve seen any of the Planet of the Apes movies, then you know the plot of this one. It’s the future, and highly advanced sharks have taken over the planet. The few remaining humans on Earth must find a way to take out the sharks’ leader if they want to survive. Absurd? Yep. Fun? You better believe it. 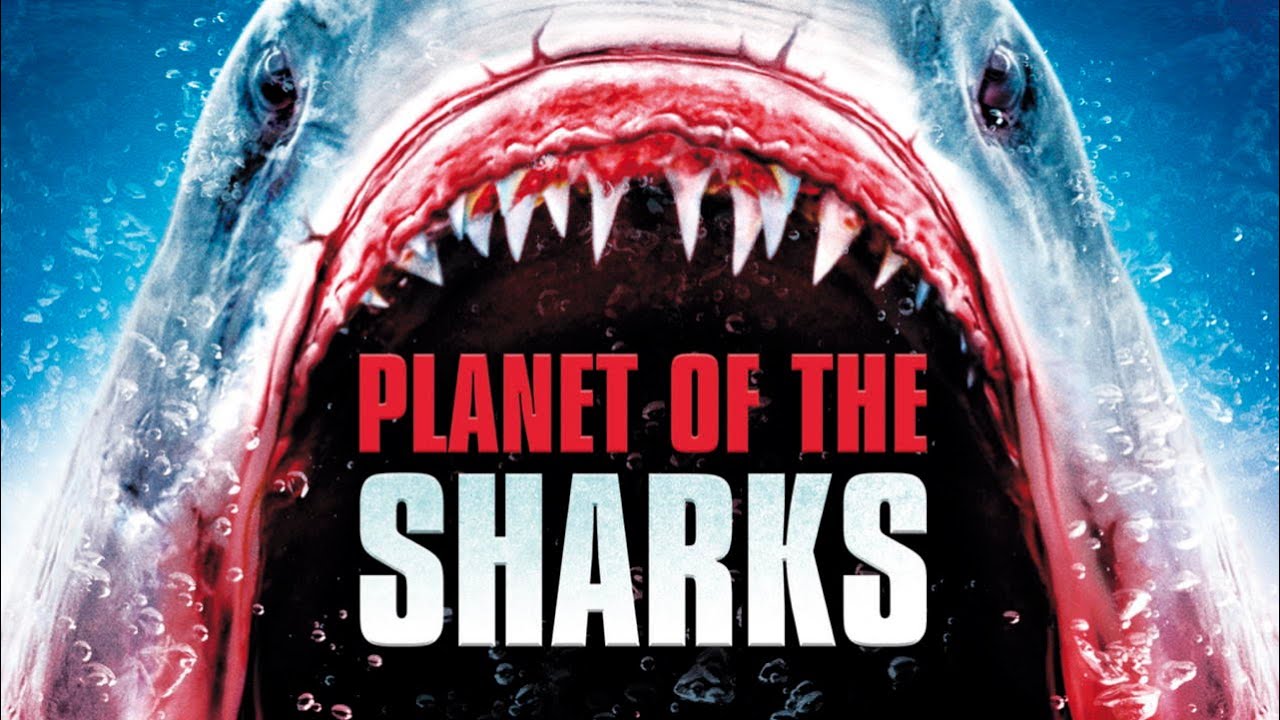 Plot: A government-backed science project goes awry and unleashes great white sharks on California’s shorelines. If that doesn’t sell you on this pure-camp B-movie, then you should know that the head shark’s goal is to blow up the Golden Gate Bridge by unleashing a neutron bomb. You’re welcome.

Plot: Fin is back at it in the fourth installment of the Sharknado franchise. This time, he’s battling a sand sharknado and trying to save the world from his mortal enemies. A near-endless list of cameos and familiar schtick will please fans of the series. 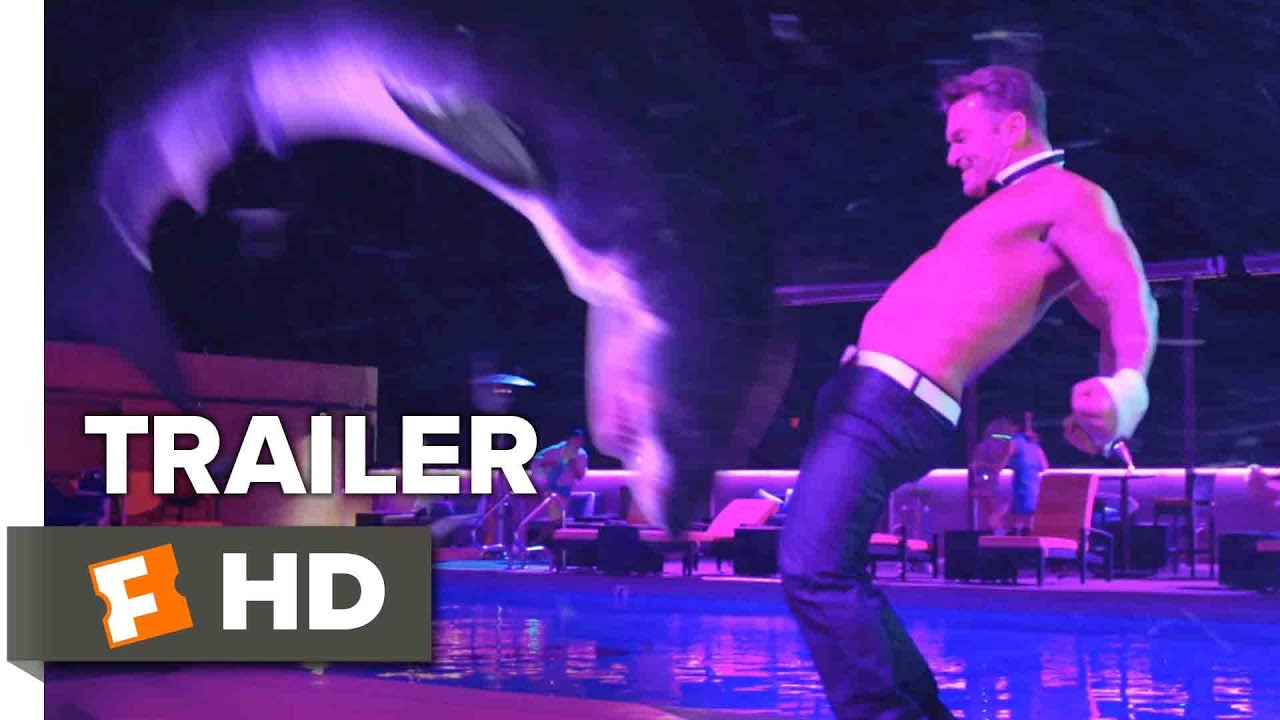 Plot: A group of friends is stranded in the ocean after a birthday yacht trip takes a turn for the worst. Unlike its predecessor, “Open Water 2: Adrift” is not a true story, which you’ll probably notice shortly after starting this fun mystery-style take on the shark movie genre.

Plot: B-movie lovers will enjoy this alien invasion/shark movie hybrid about a team of marine researchers who are preyed upon by a nasty group of great white sharks. It’s not always clear whether the filmmakers are aware of how silly the movie is, which typically makes for a better B-movie (all things Sharknado aside). 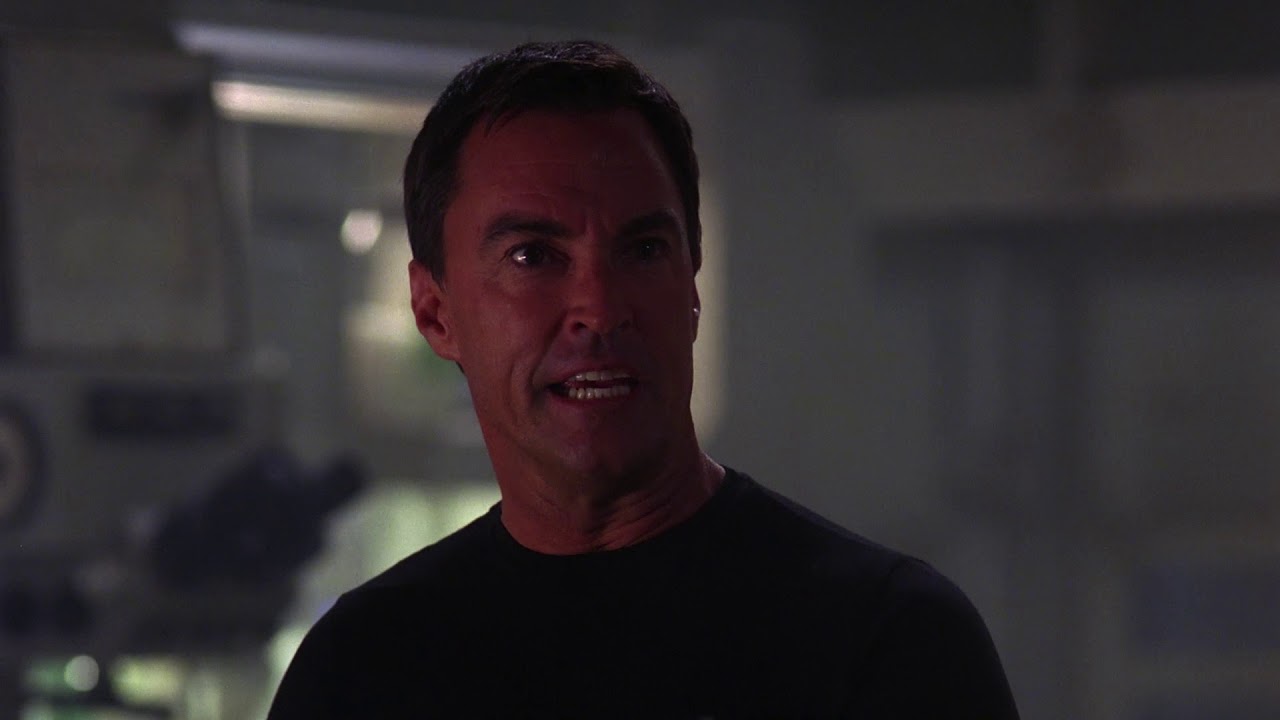 Plot: Halle Berry stars as a diving instructor who has suffered a traumatic great white shark attack. Though she no longer feels comfortable in the water, she accepts an opportunity she can’t turn down when a millionaire and his son are looking for a guide through the notorious Shark Alley. Any movie that gets a 0% on Rotten Tomatoes is destined for cult-classic greatness, especially when audiences seem to really enjoy it. 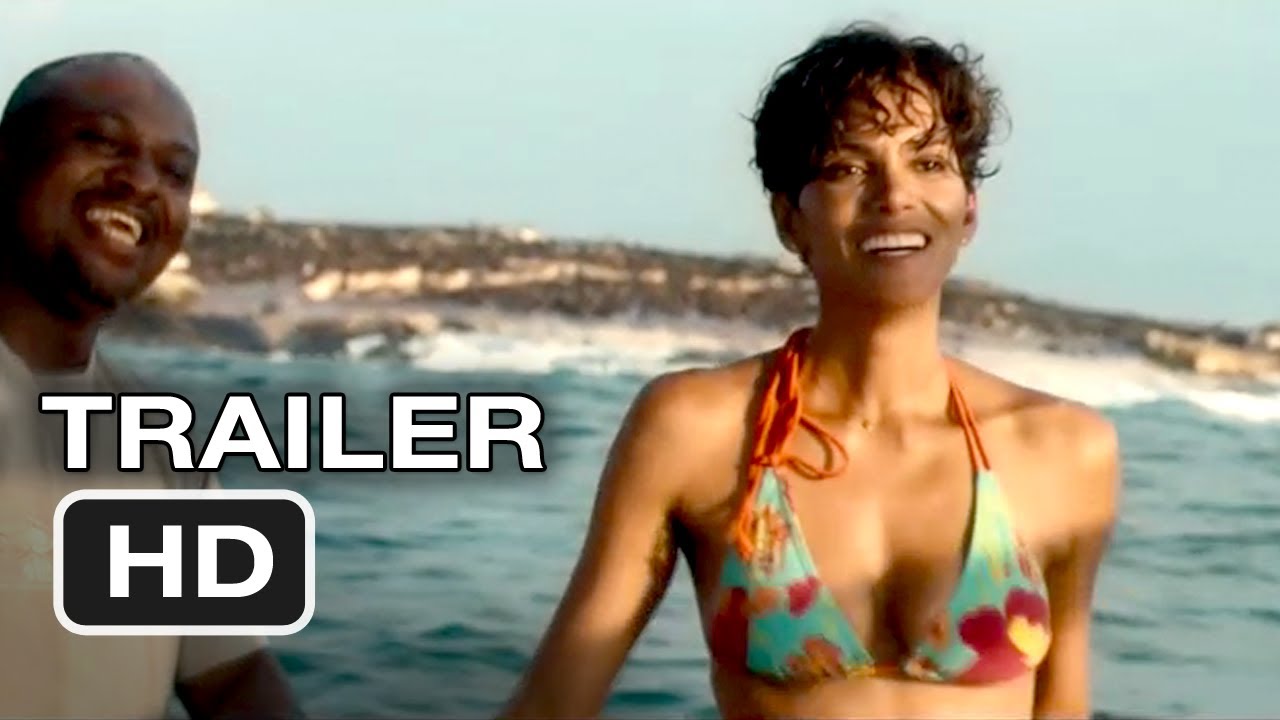 Plot: This Blair Witch-style installment of the Open Water franchise tells the story of three friends as they venture into a shark cage to audition for a reality TV show. As you might expect, things don’t go according to plan. The found-footage approach injects new life into the popular shark film series and the entire genre.

Available in: Buy on DVD

Plot: Seven college friends take a trip to a Louisiana lake, only to be terrorized by a gang of sharks. Though critics originally slated the film, audiences were more accepting of it as a solid addition to the shark movie genre. 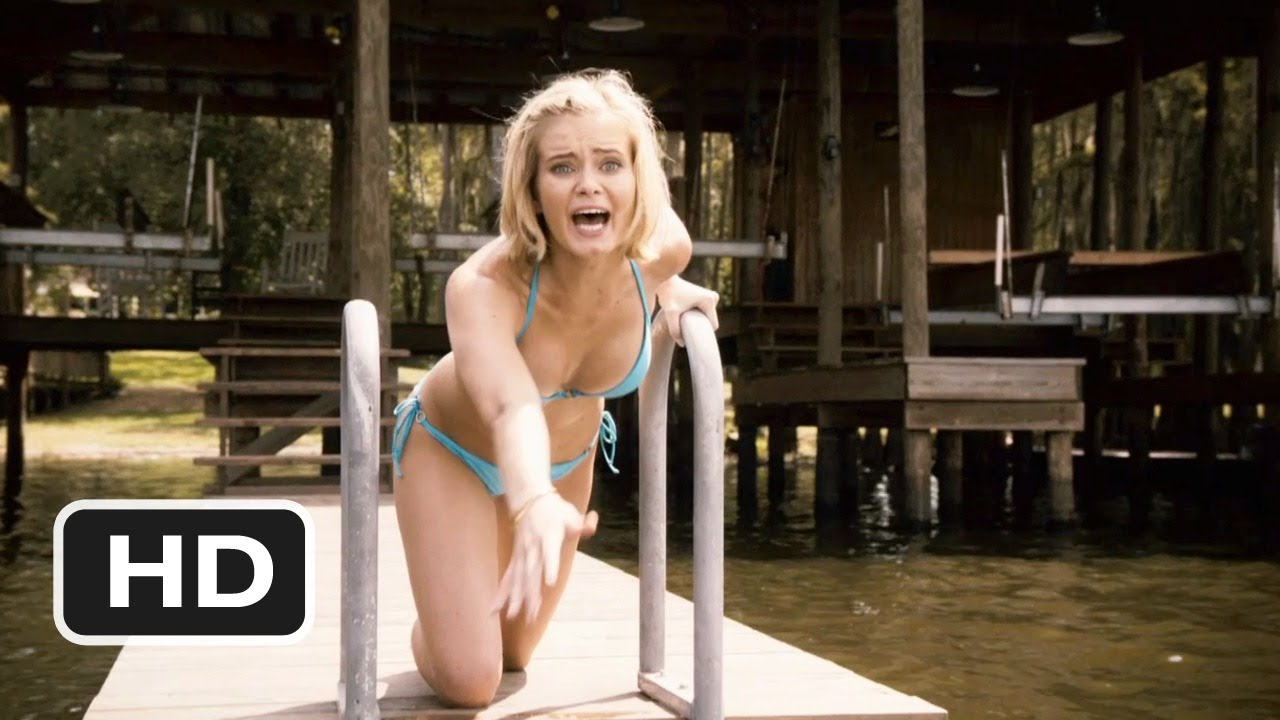 The Life Aquatic with Steve Zissou (2004)

Plot: A washed-up oceanographer/filmmaker seeks revenge on the shark that killed his partner. You probably won’t find this out-of-the-box pick on any other shark movie lists, and you might even debate whether it’s actually a shark movie. Nevertheless, Wes Anderson’s cult classic is all about Bill Murray’s quest to find (and destroy) a jaguar shark. 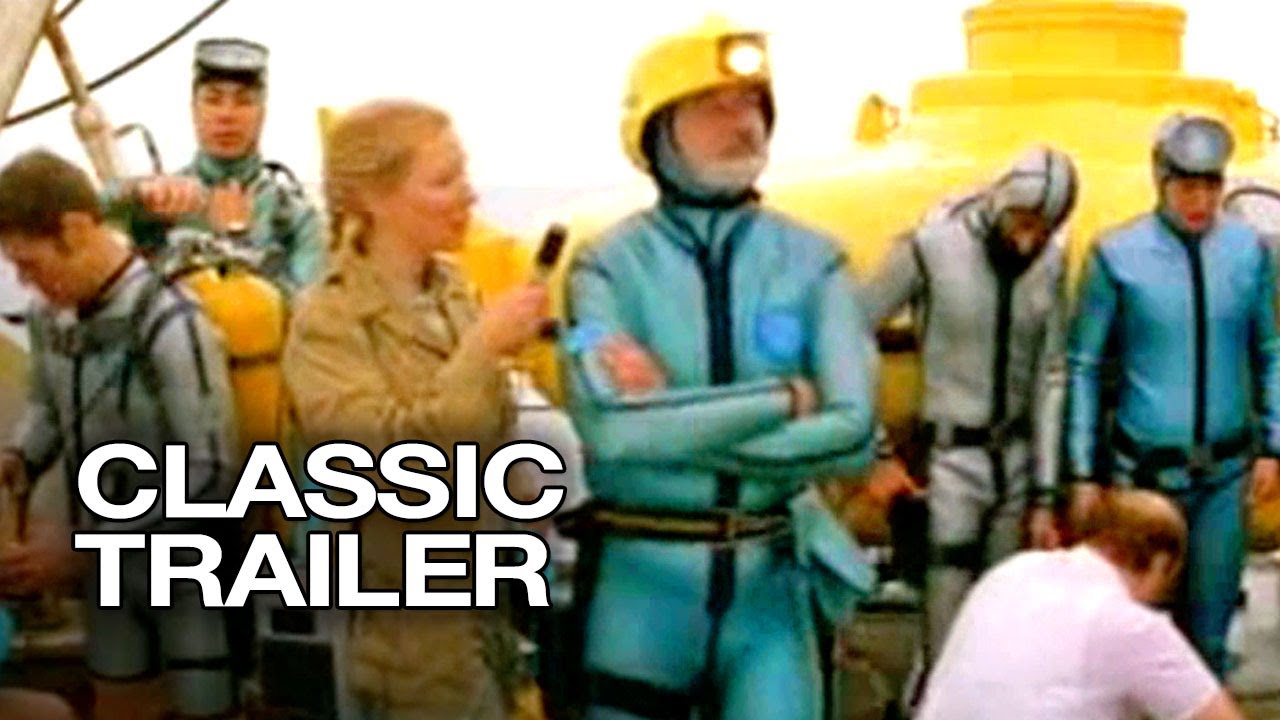 One last thing: why choose sharks?

Some shark movies are legitimately good films adored by critics and fans alike. Others are so insane that you can’t help but enjoy them. The shark movie genre is filled with horror, comedy, suspense, and mystery. These films fuel our obsession with sharks and give filmmakers a plot device that continues to fascinate all movie buffs.

Whether you simply love any movie featuring sharks or only like those that fit into one particular subgenre, we hope this list can steer you into the waters of your next favorite shark movie.

Surfshark does not encourage using a VPN in ways that would potentially violate the Terms of Service of streaming service providers.

15 cult movies on Netflix and who can watch them