YouTube can be frustrating for users and creators alike. It starts with hard-to-avoid ads and censorship, expands to copyright issues, and ends with data collection. But while YouTube is too big to have real competitors, the alternatives are on the rise. People are searching for them, people want them, and we’re here to give the people what they want.

YouTube’s dominance chokes out competition like a creeping vine, but that doesn’t mean that brave challengers don’t exist. Some are created to be YouTube alternatives without restrictions. Others try to become the YouTube alternative without censorship. All have something to offer. 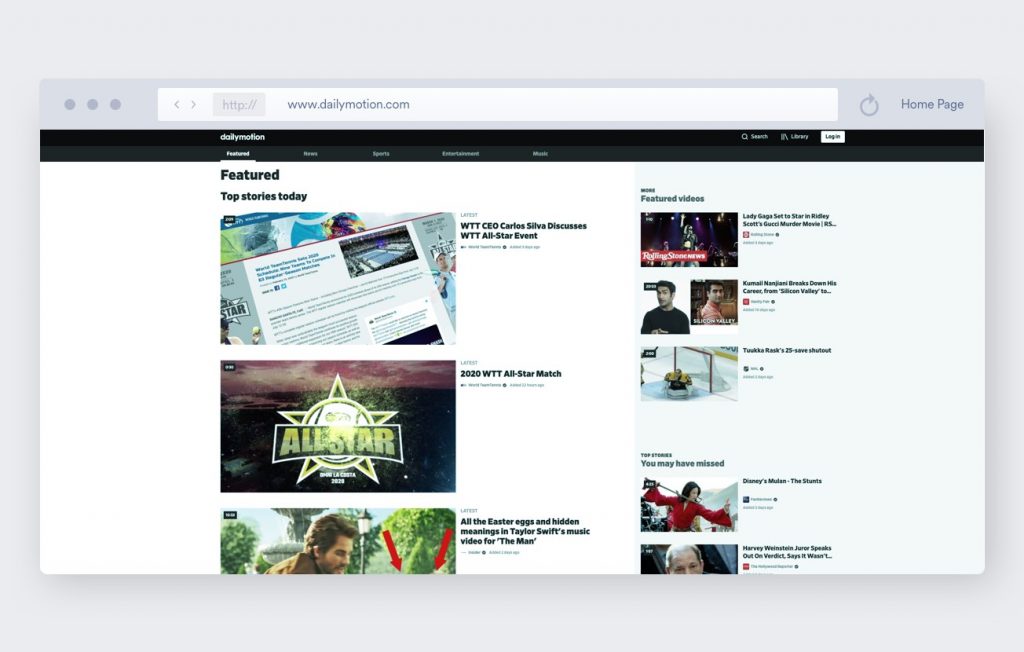 Dailymotion is the replacement for YouTube that’s the closest to the real thing. It’s very easy to navigate and it offers its users a wide range of video content without censorship. Even though the total number of its users is still nowhere near Youtube’s, this platform’s managed to build a substantial audience. But, hey, an increasing number of people are looking for Youtube competitors, and no one is closer to getting there than Dailymotion. 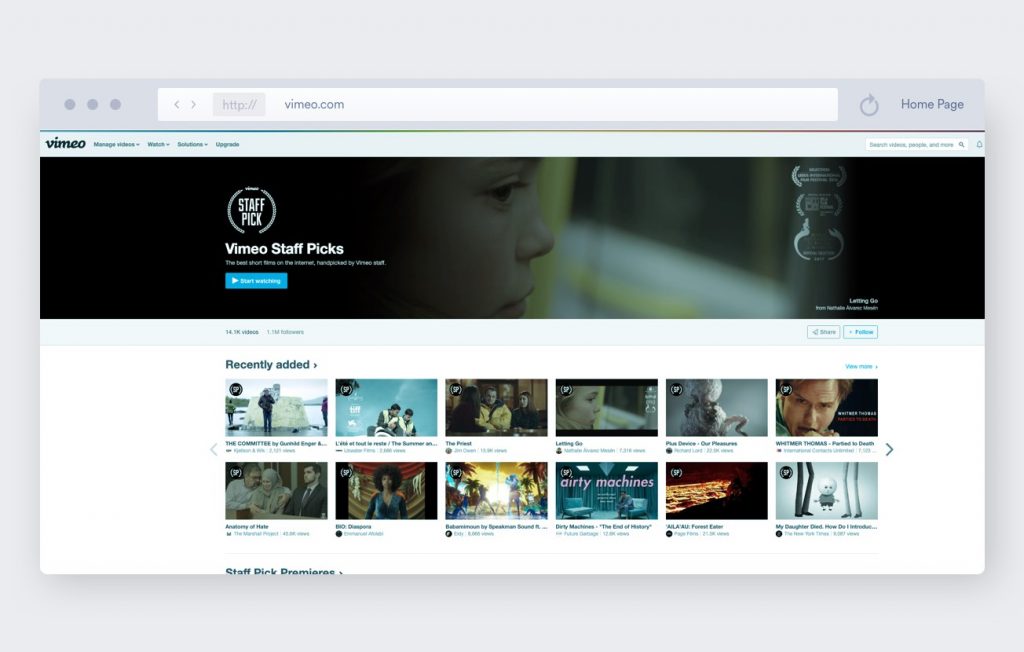 Vimeo has gained a reputation as a high-quality video-sharing platform, which allows its creators to unleash their creativity. The platform has a familiar interface that allows sharing, commenting, and following other creators. It’s one of those websites that you’ve probably heard of even if you’ve never used it, so let it become your YouTube alternative. 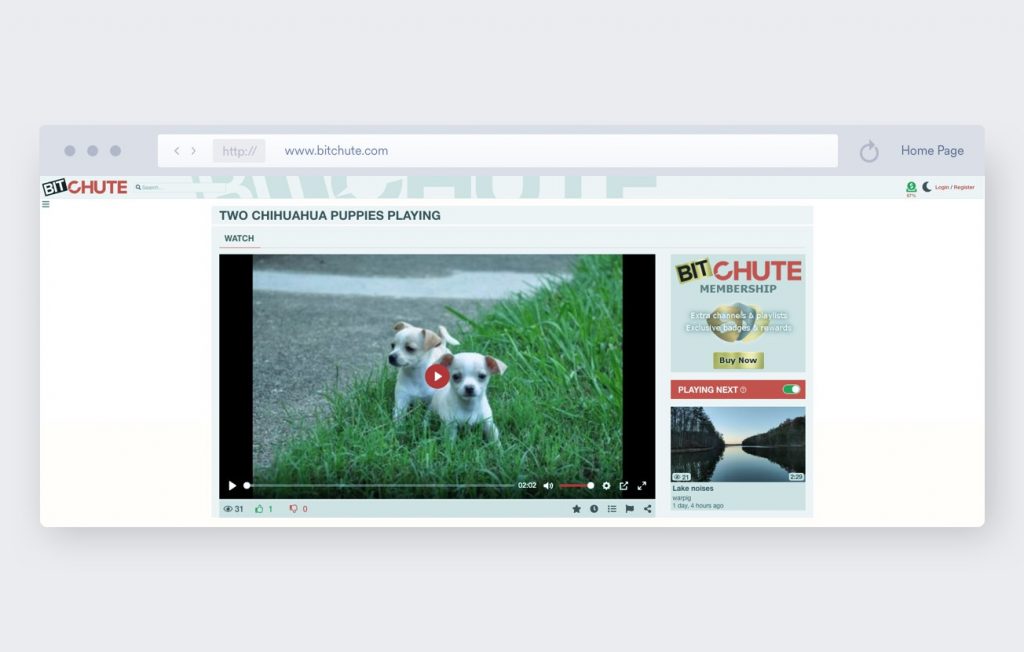 BitChute is a YouTube alternative without censorship. Its focus is on undeniable free speech (seriously, everyone emphasizes this specific point). It’s attracted a lot of political content that would be deemed controversial after Youtube started restricting visibility and monetization of politically vocal channels. As a bonus, BitChute doesn’t feature ads. 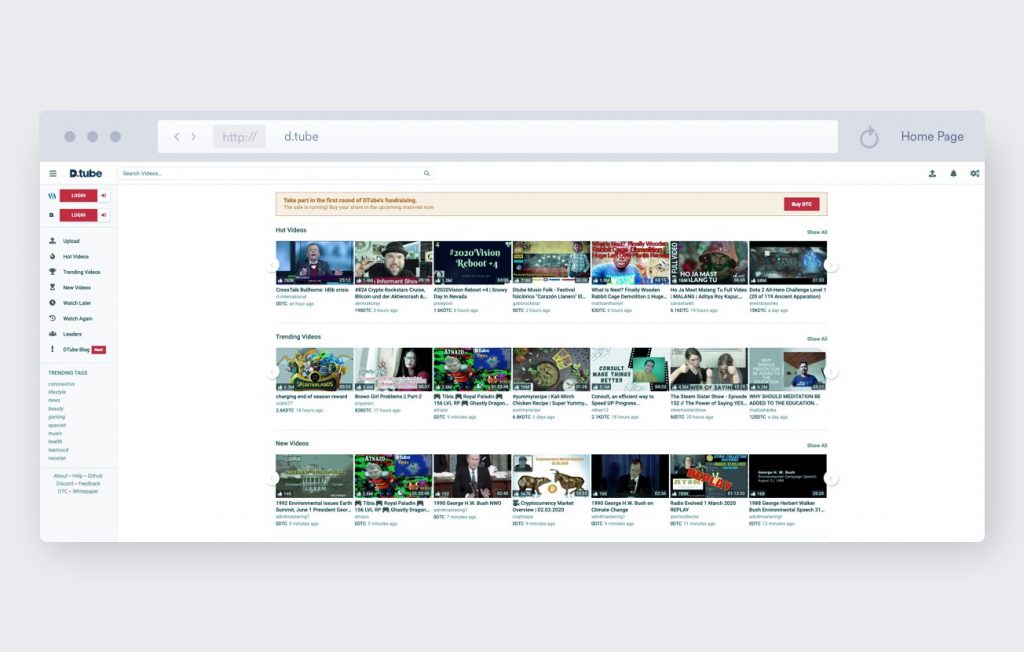 DTube is the edgy cousin-YouTube alternative. It’s not even nearly as popular, but if you’re looking for an ad-free, decentralized video-sharing website, this one’s worth a try. DTube is proof that decentralized internet is possible — no one can tamper with the content you upload, and that goes for censoring, blocking, and deleting altogether. 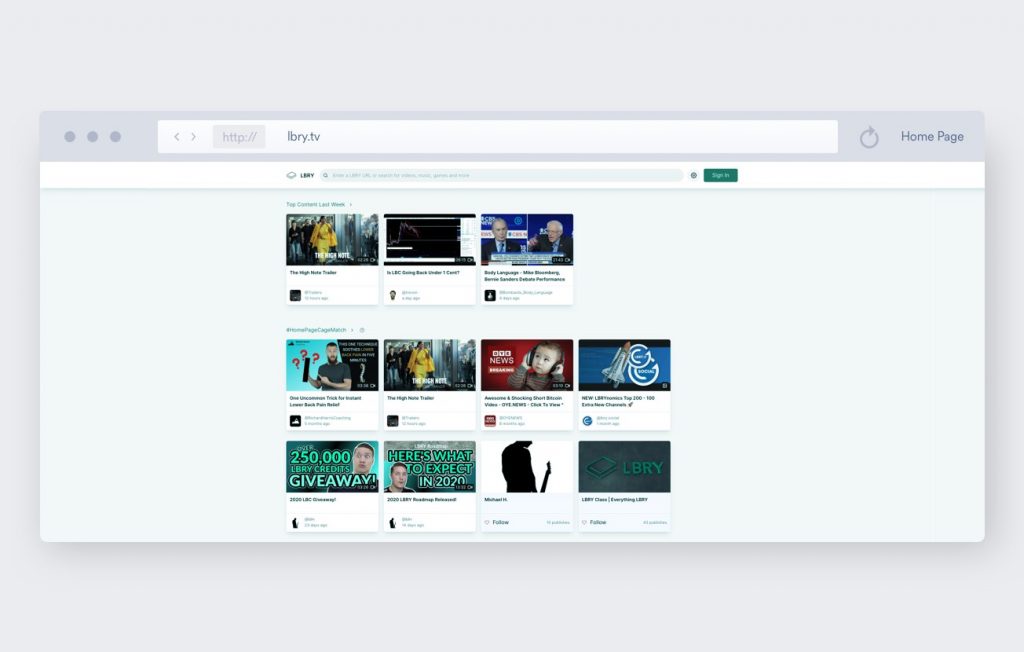 LBRY has no advertisements and doesn’t allow anyone but the publisher to remove their videos. You can price the content you upload and take 100% of the revenue. Sounds like a pretty sweet deal, right?

If you have videos uploaded on Youtube, LBRY allows you to sync everything so it automatically appears on your feed. This platform isn’t just for video content, though — users can upload and share music and ebooks as well.

If you’re getting blocked, censored, or your videos get removed from YouTube, PeerTube is your YouTube alternative without restrictions. It’s a young, fresh, and ad-free option. The platform supports high-quality videos and uses peer-to-peer video broadcasting, but the most striking feature is that it’s open-source, which means anyone can contribute to the code. Unlike Youtube, PeerTube doesn’t have recommendation algorithms. 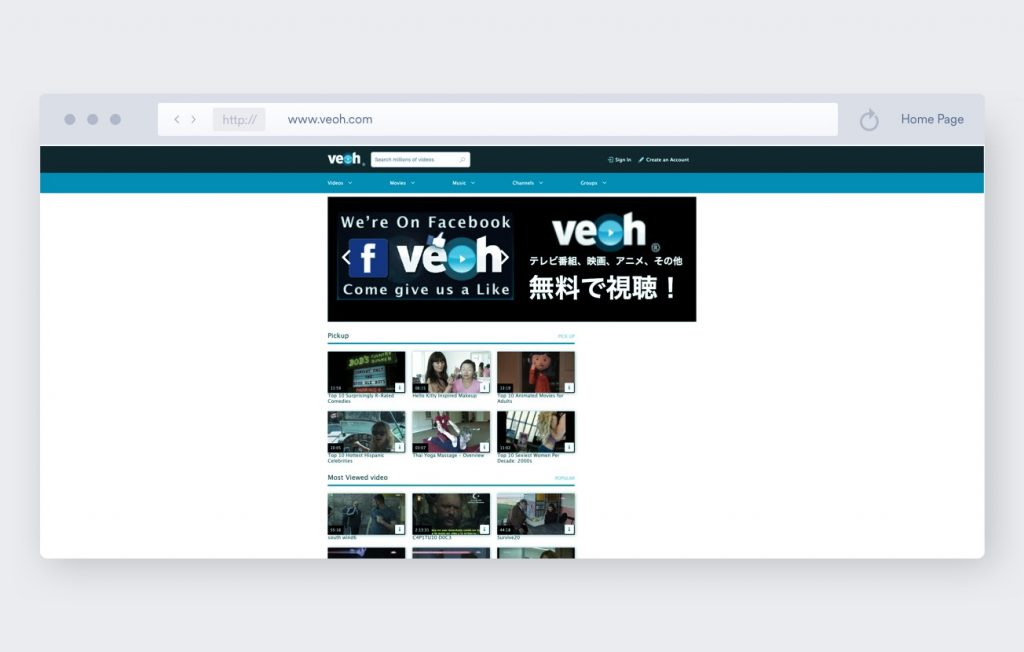 Veoh offers a vast library of films and TV shows. Also, it is straightforward to navigate. Fun fact: it has more users in Japan than in the United States. 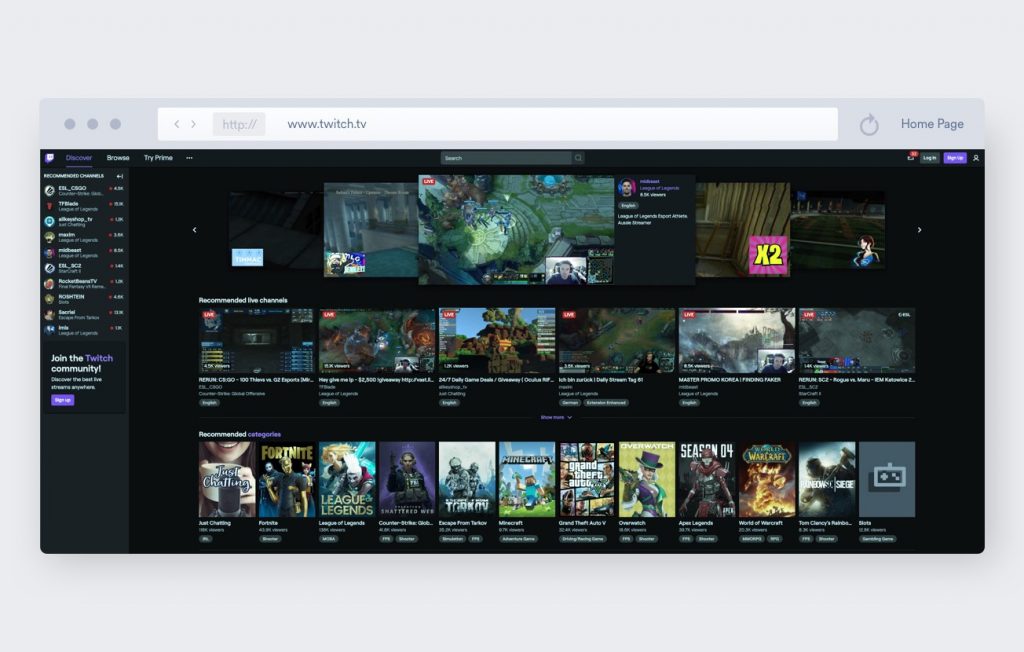 Even though Twitch is widening its horizons and is seemingly going beyond video game streaming, it has become what it is now because of gaming. And, let’s be real, Twitch is still mostly used by gamers to the point where it’s the first thing that pops into your head when someone mentions “kids playing video games on the internet.” 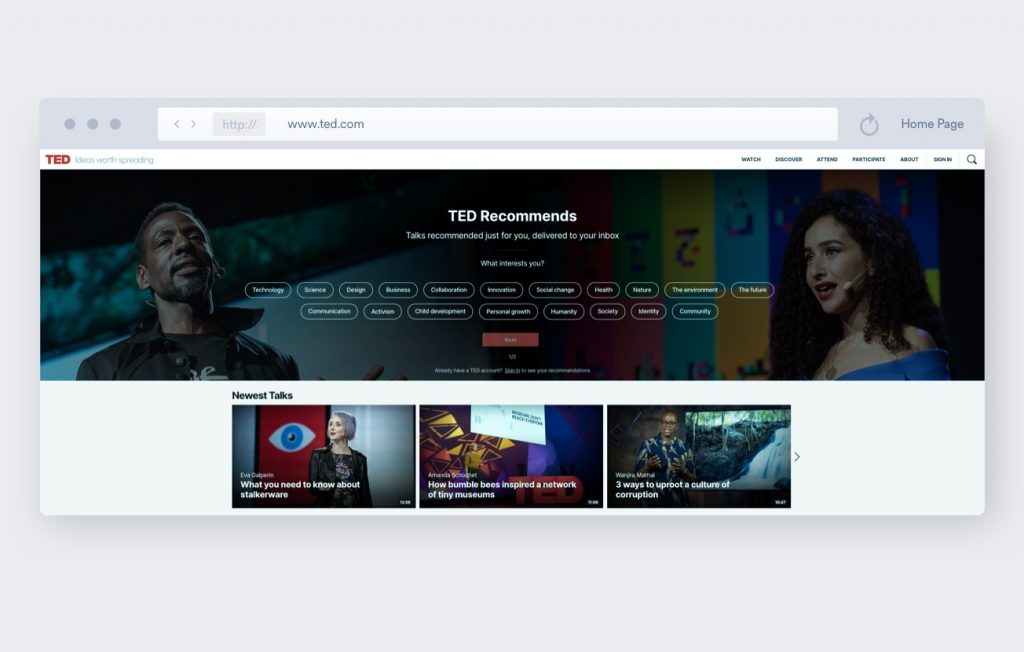 You can find all the educational goodness here. TED offers a wide range of videos and is beloved all over the world. You can browse videos by categories ranging from technology to nature. Learn how to train your brain to focus and find out why sleep is your superpower. 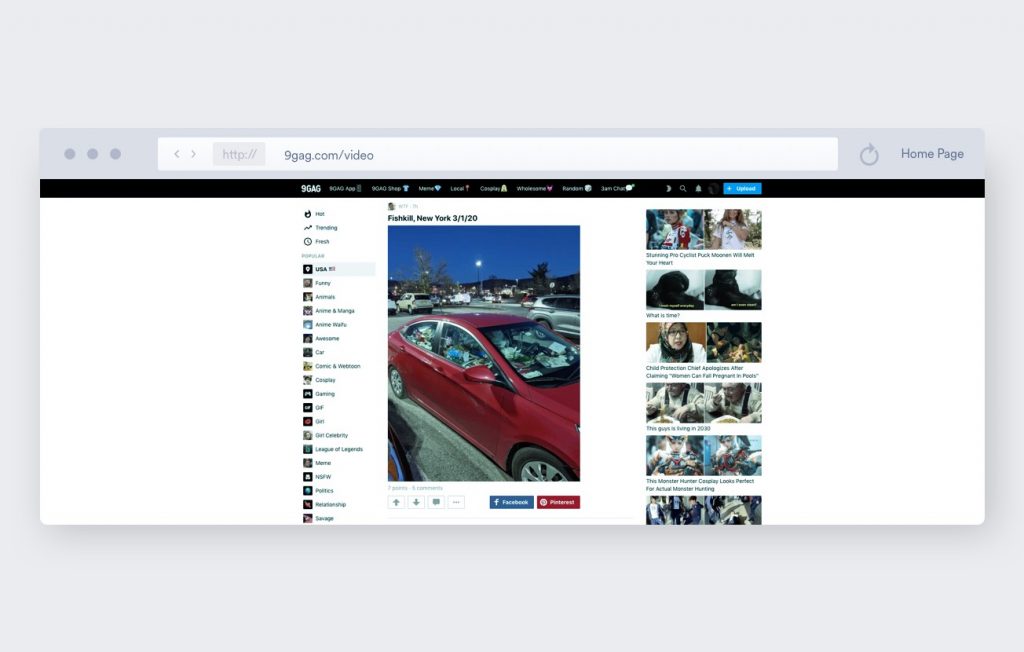 You won’t find any insightful commentary or long videos here, but it’s an excellent place for mindless entertainment. It’s easily searchable, and videos are put into many categories (or sections) that help users easily and quickly find anything that suits their mood.

No. 11 alternative: The Internet Archive

You may know the Internet Archive as the host of the Wayback Machine. However, aside from keeping records of what website hosts would like to be forgotten, it also has a lot of video content. If you’re into older stuff – like George Romero’s Night of the Living Dead or reliable kid traumatizer Threads (1984) – and don’t mind that the selection is a bit random (there’s a single Spanish episode of Cybernet on there, but nothing of the rest of the show’s run), it can be a YouTube alternative for you.

Still using YouTube? Protect your data with a VPN

There’s a chance that you might check out these alternatives and decide they’re not for you. It’s hard to replace Youtube when it has almost everything you need. But if you want to continue using YouTube, and privacy is your genuine concern, try a VPN. Try Surfshark VPN for Windows, MacOS, Linux, Chromecast and more (note: to leave entirely no footprints, be sure not to log into your YouTube account).

If you're not satisfied, we'll refund you within 30 days

Essentially all alternatives to YouTube are free to use, though some have paid tiers that unlock more content and more utility.

When will there be a free speech alternative to YouTube?

Depends on what you mean by “free speech” – if you trend toward Alex Jones, BitChute is the choice for you. For others, YouTube is free-speech enough, even if it is notoriously terrible about monetization and takedowns via claims.

The best Google Maps alternatives to secure your privacy

15 cult movies on Netflix and who can watch them