VPNs (Virtual Private Networks) make your internet experience more secure and private – but are VPNs safe? This is a reasonable question to ask about a service you’re entrusting all of your online traffic with. Well, we’re somewhat experts on the question of VPN security, and we’re here to tell you all about VPNs and whether they’re safe.

Yes, VPNs are safe, but only if you choose the right one. To find a VPN that is safe, you have to look at the logs policy, available protocols, the history of the developer, availability of the Kill Switch feature and two-factor authentication, and whether it’s free.

How do you know if a VPN is safe to use?

Many things go into determining whether a VPN is safe to use. We’re going to examine all of them step by step:

Once you read the detailed breakdown below, you’ll be able to spot safe VPNs in the wild and not fall for the tricks of the ones that are not secure.

In software, a protocol is a set of rules that defines how digital communication works. For a VPN, a protocol defines how it will establish and secure a connection. Since the methods and standards can be wildly different, the choice of a protocol can determine if a VPN is safe to use.

Here are some of the most popular protocols you’ll come across:

If a VPN provider is offering a protocol that you don’t know, do some research! IT and security experts are very vocal about their opinions, so it’s not hard to find independent expertise on these questions.

As we mentioned in the beginning, you entrust a VPN with a lot of your data. After all, every action you do online is carried out by routing the data via a VPN server. So someone who is in control of the server can access it in some way – even if it is just keeping records of where you go online and when. That’s why you need a VPN with a strict “no-log” policy.

Why do you need that? Because VPN logs can tell a lot about your browsing history. And depending on the laws of the country in which the VPN is based, the local government can demand that logs be kept for a longer time or request for the logs to be handed over. This goes contrary to your goal of using a VPN to keep you more secure online.

It’s generally inadvisable to get a VPN base in any of the 14 eyes countries.

No matter how low VPN prices get, it still feels better to pay nothing. But beware that free stuff comes at a cost. Sometimes it’s just convenience. However, when it comes to VPNs, it’s your privacy and safety as well.

While you don’t need to go for the most expensive VPN on the market, getting a free one is generally unsafe. For more details on this point, we’ll have a dedicated section below.

Look for a Kill Switch

Kill Switch is a feature not all VPNs have – but they should. Simply put, it disconnects your internet if your VPN protection goes down for any reason. This ensures that you won’t be left exposed online by, say, downloading torrents and showing your real IP (Internet Protocol) to the world. A safe VPN will always have the Kill Switch option.

Secure your VPN with two-factor authentication

Two-factor authentication – abbreviated to 2FA – is very hot these days, and with a good reason. It’s the system that asks you to verify that it’s actually you who’s logging in by entering a code you get via a text message or an authentication app. If outsiders can’t get easy access to your VPN account, they can only do you so much harm.

Investigate the history of the VPN developer

This bit will require you to do some more snooping. Simply put, you must check the history of your VPN provider for any past incidents that would indicate that the VPN is not reliable.

Did they experience any security breaches? How did they react to them? Was the company open about it, and how quick was it to respond? You may also look into changing ownerships and where the developer is heading. Who knows, maybe they have just been acquired by some unsavory types.

Can you take additional precautions to make yourself even safer while using a VPN? Yes, yes you can!

Keep this up, and you’ll be using your VPN in the safest manner!

We all want free stuff – I know I do – but when it comes to VPNs, paying pays off. There a few reasons why a free VPN isn’t as good:

One of the most comprehensive and damning pieces of evidence that free VPNs are no good is the report published by the University of New South Wales and the University of Berkeley. After checking 283(!) free Android VPNs, the researchers found out that:

Can a VPN be hacked?

Yes – but there’s no such thing online that can’t be hacked. The question is, how easy it is to hack a top of the line paid VPN like Surfshark? Not easy at all, as it uses modern encryption, secure protocols, maintains the servers, and generally invests in security.

For a VPN that’s less focused on the security side… well, it could get messy. A hacker can execute a man-in-the-middle attack, pretending to be the VPN server and having your VPN app download an infected software update. They could steal your encryption keys – or hack the VPN servers themselves to steal user logs. Again, a reminder: 38% of free Android VPNs were found to be infected with malware from the beginning.

So if you’re worrying about whether a VPN can be hacked, don’t turn to a VPN that already is.

Are VPNs safe for torrenting?

A safe VPN is safe for torrenting. What is a safe VPN? Well, one that meets the criteria above. Most importantly, a VPN for torrenting:

So if you can trust your VPN to shield you from protection outages, you can bet that the VPN is safe for torrenting.

Can police trace a VPN?

Can the popo catch you online when you’re using a VPN? If you leave behind personally identifiable information – your name, photos, etc. – then yes, but it’s not the VPNs fault. A good VPN will keep the digital trace hidden from The Man.

The cops can’t track encrypted VPN traffic – at most, they can see that there’s VPN use afoot. If five-oh gets a warrant, they can go to your Internet Service Provider (ISP) to get your data traffic logs. Said logs would reveal that… you’ve been using a VPN. What can they do? Well, if they have the authority, Johnny Law can demand the VPN provider hand over their data on you.

If they have the authority. A good VPN like a Surfshark will be based out of a country where they don’t!

VPNs are safe – you just need to get the right one

If you’re not careful, you can end up buying a car that’s nothing but a four-wheeled coffin that explodes when gently tapped on the rear bumper. The same thing applies to VPNs – they’re safe, but only if you choose a safe VPN. It has to have a good history of security, be furnished with the most secure protocols, feature the most necessary security tools, and be situated in a country that won’t force the developer to hand over your data.

Get your safe VPN today
Get Surfshark! 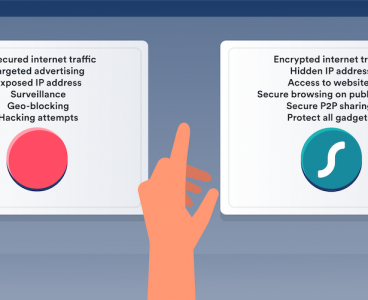 How secure is a VPN & what does it protect you from 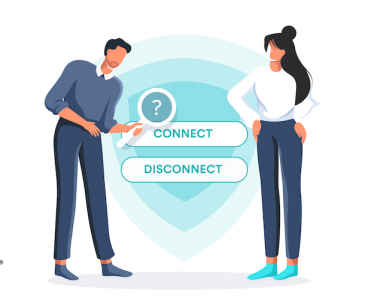 Should I always use a VPN? 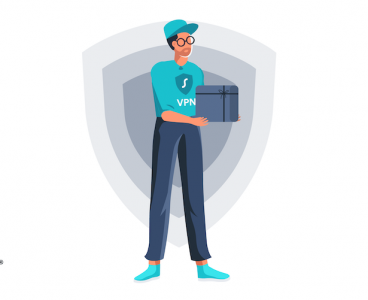 What is a VPN tunnel?