VPN Technology
VPN Encryption VPN Protocols Proxy vs VPN vs Tor What is Obfuscation What is IP Masking What is a proxy server What is SOCKS proxy What is a VPN
VPN Use Cases
Bypass Geo-Restrictions Avoid Government Censorship Stay Safe on Public Wi-fi What is Malware, and How to Prevent It?

What is VPN encryption

Encryption is a method to generate a key to encrypt digital data so that unauthorized parties can’t access it. You could use encryption to protect and secure files on your computer or the data you send and receive.

The process of VPN encryption depends on the standard and on the VPN software. Trusted VPN service providers rely on AES-256, Advanced Encryption Standard (sometimes also referred to as Rijndael algorithm). AES has been adopted by the U. S. government and is the only publicly accessible cypher approved by the National Security Agency (NSA).

It is declared a federal standard because there are no known ways to decrypt a message encoded with AES-256.

Why do you need VPN encryption

Encryption prevents from ISPs, governments, hackers or any kinds of third-party snoopers potentially spying on your online activities and stealing your sensitive information (like passwords, bank account details, etc.).

Hence, all of your online activities (e. g. browsing history) and information are private and secure. Nobody can eavesdrop on you no matter how hard they try.

How does VPN encryption work

OpenVPN, for example, uses TLS to exchange symmetric-key, so there is a minuscule probability to have the same “session” keys. After the key negotiation phase – algorithm and a specific key are chosen which is being used in the connection. In short – for VPN to be secure there should be a secure key exchange method (for example – TLS) and cryptographically strong algorithm for the tunnel.

AES is a symmetric-key encryption-algorithm – the same key is used for both encrypting and decrypting data.

While your plaintext data enters a VPN tunnel, AES encodes it into ciphertext and again decrypts it to be read by the intended recipient. In addition to AES encryption, other popular symmetric-key algorithms include Twofish, Serpent, RC4, 3DES, etc.

As a block cypher, AES applies different cryptographic keys to a block of data. The keys come in different sizes – 128, 192, and 256 bits; while the blocks are also measured in bits. Hence AES-256 produces 256 blocks of ciphertext from 256 blocks of plaintext.

The longer the key length, it takes a longer time to crack it. As a result, the more robust the encryption is. 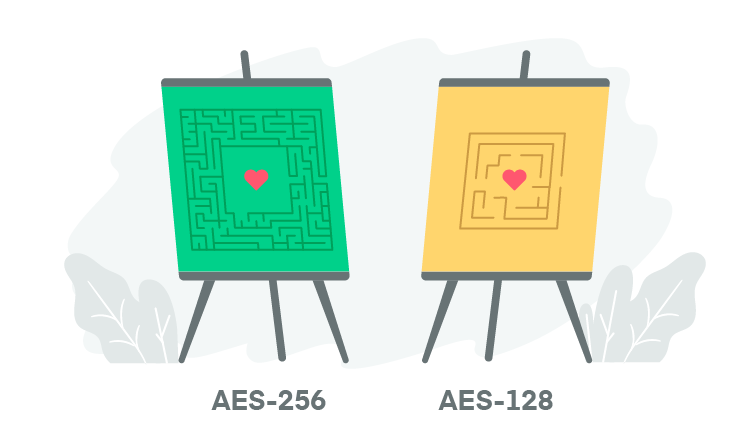 National Security Agency, NSA, stopped recommending AES-128 for top-secret documents in 2015. However, security experts tend to disagree on whether AES-256 is indeed superior to AES-128. Also, people are afraid that the NSA approves only those algorithms that they have already backdoored.

In terms of the best VPN encryption, the general assumption is that AES-256 is not stronger than AES-128, but it would take longer to crack the former. 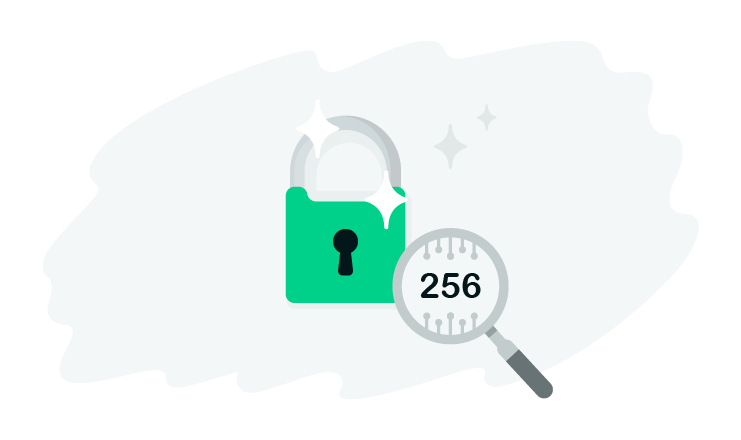 AES-256 is declared as a federal standard – there are no known ways to decrypt a message encoded with AES-256 if it is correctly implemented.

While the best VPN providers use AES 256-bit encryption, there are VPNs implementing some of the outdated standards. Even for the fastest computer on Earth, it would take billions of years to brute force AES-256.

Moreover, AES-256 is not only secure, but also much faster than, for instance, DES, or Data Encryption Standard, which was superseded by AES in 2002. 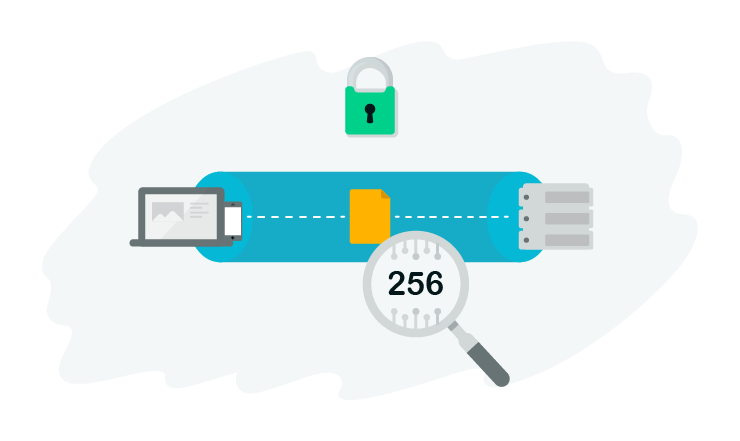 What is the role of tunnelling protocols in VPN encryption

The level of encryption depends on tunnelling protocols. They help secure data between your device and a selected remote server so that no one can eavesdrop on your browsing activities.

As of now, protocols IKEv2 and TLS that are being used in OpenVPN are VPN industry standards, since other protocols, PPTP, L2TP, etc., are considered to be outdated.

IKEv2 is an advanced protocol which is distinctly faster than most protocols and is praised for its ability to maintain a stable VPN connection. 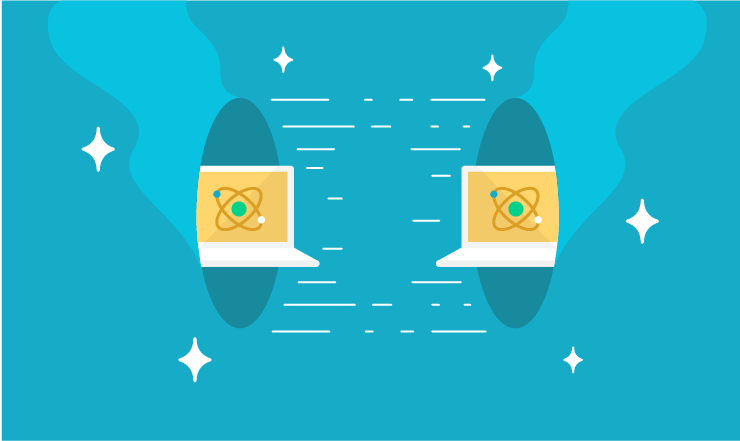 Quantum computing will certainly reshape the encryption industry. However, there’s no simple answer to how exactly.

There’s a never-ending debate among digital security experts who come up with different arguments. Humanity is decades (or even longer) away from the first working quantum computer. We think it is not a question if they can break AES, instead – how long it will take them.