8 VPN Myths that You Should Forget

Virtual private networks (VPNs) are trending and, chances are, you’ve heard about them from your favorite YouTubers. However, there’s tons of misinformation about this internet privacy tool.

So, what is the truth? What are the common VPN myths?

I’m here to help you resolve the uncertainty.

The fact is that we don’t feel unsafe on a regular basis, especially if we’re on our computers at home or browsing social media at the buzzing mall. That is where this uncertainty comes from.

At first, VPNs were only used by businesses for secure data transferring, but it’s slowly yet surely emerging in our everyday lives to protect us from ever-increasing cyber threats.

As VPN technology is still finding its way in our phones, tablets, and computers, let’s get those myths debunked.

Myth 1: Only paranoid people use a VPN

If you live in a country with no strict censorship laws, you might think that you don’t need a VPN. However, hacking, data collection, tracking, and target advertising are prevalent in any country with an internet connection. Data breaches are common, costly, and they’re not stopping.

Not to mention heartbreaking geo-blocks that prevent you from enjoying movies, television, or any other form of media once you’re outside of a specific geographic region.

We often connect to public internet hotspots at airports or coffee shops without giving it a second thought. The truth is, we can never be sure that the network is legit and isn’t operated by hackers.

Even when a public network appears to look reliable, as long as it’s unsecured, pretty much anyone with an IT background can access your browsing activity, personal information, and passwords.

Myth 2: I don’t need a VPN because I don’t do anything illegal

This myth has been around ever since VPNs emerged. It would be naive to assume no one uses a VPN for unlawful activities. Still, its functionality goes far and beyond downloading copyrighted material or getting involved in some shady business, as this VPN usage report shows.

Anonymity online is useful when you’re trying to protect yourself on public WiFi, avoid data theft, tracking, and surveillance. A VPN is also your go-to tool for accessing TV shows while traveling and using banking apps anywhere anytime.

Some people think that VPNs are in itself illegal, which is very far from the truth. Countries like China, Russia, Turkey, and Iraq restrict VPN use because the government insists on controlling the citizens’ online activity. Since a VPN is a tool that actively fights against censorship, countries like China don’t like that.

Don’t be scared; this doesn’t mean that VPN providers are lying to you. A VPN does a lot to make your online identity as unidentifiable as possible, and it flawlessly protects you from tracking, data theft, targeted advertising, or malware. VPNs are incredible privacy-protection tools, but total anonymity online is extremely difficult to achieve, whether you use a VPN or not.

You also have to ask yourself, what is online anonymity to me?

Technically speaking, if you want to appear like you don’t exist online at all, don’t use the internet. Not all data collection is bad and creepy.

When you buy products and services online, some form of data has to be stored to make the purchase possible. Also, if you’re having problems with a service, customer support has to know how to identify you to help you. It doesn’t mean that they know your full name and location, though. Read about Surfshark’s no-logs policy, what non-sensitive information is collected, and why.

The topic on digital anonymity is complex and involves a lot of players, like your ISP, the government, websites you visit (including the internet giants like Google), apps you use, etc. A lot of times, we give out our personal information unintentionally (I know, it’s not fun to admit that). Always remember that if you put personal information out in the open by yourself, a VPN will hardly help.

Myth 4: A VPN slows down your internet connection

A VPN can slow down internet speed, but it’s not a rule. When traffic goes through a VPN server, it gets encrypted, then decrypted, that’s why users tend to notice slower connection speed.

However, VPN users mostly run into this problem when they’re connected to servers located on the other side of the world. The closer the servers, the better the connection. Unless you want to reach geo-blocked content, I recommend always choosing nearby cities or neighboring countries.

A VPN can even improve your connection speed. How? Internet users in the US and other countries often experience ISP throttling while watching Youtube, streaming Netflix, and doing anything online that requires high bandwidth.

ISPs are doing this to save their network resources. However, it is not fair as users have already paid for the internet and its speed. That’s where a VPN makes your internet connection faster by masking your activities from your ISP.

Myth 5: A VPN protects me from everything online

VPN is a powerful tool when it comes to internet privacy and security, but it shouldn’t be treated as a universal solution. You should still be vigilant while browsing. It goes without saying: you should avoid clicking questionable links even if your VPN is enabled.

We would love to say that a VPN is your answer to every single privacy and security issue. However, everything has its limitations. As long as you understand them, you’ll be safe and sound.

Myth 6: I don’t need to pay for a VPN when I can get it for free

It’s tempting to go for a free VPN, but don’t you feel that it’s too good to be true?. Think about it this way: A VPN is a complex privacy protection tool that requires resources to make it as functional and secure as possible.

Free VPN providers still need money in order to develop the product, so, where does the money come from? More often than not, these VPN providers sell your data (information regarding websites you visit, your shopping habits, etc.) to the highest bidder and make money this way.

Developers of some free VPNs can be well-intentioned, but a VPN is still a product, and they need money to make it and advertise it. Instead of trying not to get burned with a free VPN, get an affordable one, like Surfshark.

Myth 7: I can use Tor and proxies instead of a VPN

Tor networks and proxies are often named in the same context as a VPN. On the surface, they seem interchangeable, but they function differently and shouldn’t be treated as synonymous.

Proxies only hide your IP address and do not encrypt your data, so their functionality is limited compared to a VPN. Free proxy servers are incredibly unsafe, as it is often unknown who they belong to. Also, as mentioned above, the rule of not trusting free VPNs applies here too.

Tor provides its users with some degree of anonymity, but the regular internet user doesn’t benefit much from this service. Mostly due to an extremely slow internet connection and terrible user experience.

Another huge drawback of Tor is the fact that governments and other agencies can see that you’re using it, and subsequently become suspicious of your activity online.

You can further explore differences between these online security tools in this comprehensive VPN vs Proxy article.

Myth 8: Every single VPN is the same

It’s easy to get confused while trying to figure out this saturated market. The main VPN feature is its ability to hide your IP address and make your browsing private. It’s the key selling point, and that is why most VPNs appear to do the same.

However, not all VPNs offer the same level of encryption or thousands of server locations. Some VPNs allow five simultaneous connections, and some don’t put the number on the limit – like Surfshark, for example.

There is also a range of features that discern different VPN providers. Modern, up-to-date VPNs have ad and malware blocking features, ways to connect to two servers at the same time, whitelisting features, and so on.

Before picking your VPN provider, be sure to explore all their features.

It’s okay to question VPNs. It’s advisable, even. We should know what we’re paying for when we’re buying a product or a service. Knowing what a VPN does, why it’s beneficial, and where its limitations are, is essential. However, one should not take any myth for granted, and hopefully, this article has helped you see things differently.

If you have questions, you can always reach out to our 24/7 customer service support and get quick answers from experts. 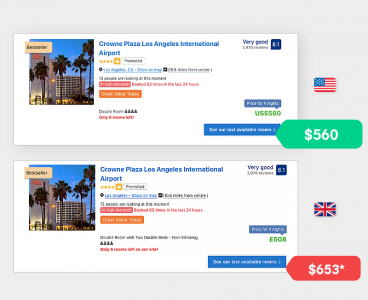 7 Ways to Save Money With a VPN 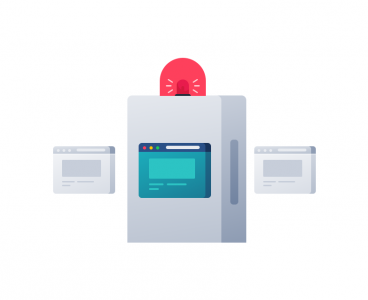