Using uTorrent with a VPN: a guide to privacy and security

Using torrents with a VPN may be the only thing standing between you and a fine – or jail. Websites like The Pirate Bay are constantly getting blocked by ISPs. That’s how you know that there are forces out there who are not happy with torrenting. They can use the law to go after uTorrent users. Luckily, you can protect yourself by using a uTorrent VPN.

By the time you read this post, you will have learned what you need to know about protecting yourself with a uTorrent VPN.

The following guide will cover these questions:

Why You Need A VPN For Your uTorrent

Gone are the days when you could use uTorrent without a care in the world. Publishers have always made noise about piracy killing the industry (and the industry has still survived that). Naturally, they are very suspicious of BitTorrent as well. That’s why some countries make you pay a “potential for piracy” tax when buying storage devices (USB sticks, HDDs, and so on). But some go a few steps further

Germany: the harshest financial penalties in Europe. The German watchdogs are very active, and users have reported getting fines of €1000 for a single file downloaded on uTorrent.

Japan: jailtime. If caught, both seeders and leechers – the uploaders and downloaders – can go to jail. The people uploading the torrent online stand to lose the most: they may face up to 10 years in prison.

USA: “copyright trolling.” This law phenomenon exists in Europe, but it’s especially rampant in the US. A company gathers the IPs of users sharing files via BitTorrent protocol. They then request the court to reveal their personal details. That way, they can demand a settlement. Recently, a retired police officer managed to win a nearly $50,000 case against a copyright troll. However, this case is just an exception – not everyone is so lucky. People get caught torrenting all the time.

Each country has its own way of approaching torrenting. As you see, penalties for those that get caught can be wildly different.

Internet throttling: what is it, how is it slowing down uTorrent, and how to avoid it with a VPN

There’s also another issue: internet throttling. You don’t usually know about it when you sign your contract. You expect to almost always enjoy the speeds listed in your data plan. However, internet service providers (ISPs) would love to have the maximum amount of users with the least investment in network infrastructure.

How can they maximize their network capacity? By slowing down some users so that the network could support more connections. That’s what the internet throttling is.

ISPs start throttling by targeting bandwidth-intensive services. Your ISP knows what you’re doing online by using deep packet inspection (DPI). This is how they check the contents of data passing through their servers. Gaming, video streaming, and uTorrent use fall into the category of most-throttled things.

That hardly sounds fair, now does it? You paid for the bandwidth, and you’d love to use it fully. Well, here’s where a VPN can help you. Using a VPN for uTorrent means that your traffic is encrypted. This means that DPI can’t say what you’re doing, so the ISP can’t throttle your torrent use.

Why use a VPN with uTorrent: pros and cons.

Being honest types, we can’t say that using VPNs have no downsides. It does. However, the pros outweigh the cons. Here’s a more detailed breakdown:

Changes your IP: copyright trolls can’t take your IP from uTorrent if you’re using a VPN.

Encrypts your traffic: using uTorrent with a VPN means the ISP can’t tell if you’re downloading and uploading torrents. That way, it doesn’t know when to throttle your speed. It also keeps your data safe from people who might try to steal it along the way.

Kill Switch: premium VPNs have a security feature that drops your internet connection if your VPN stops working – it’s explained in more detail below.

Other VPN benefits: VPN also increases your security and privacy, and has many uses outside of protecting uTorrent.

May result in slower download speeds: after all, your uTorrent traffic goes through the VPN server before reaching you.

Security has a cost: It costs money to maintain the latest, best encryption standards, a secure client, and a good variety of servers. That’s why for premium uTorrent VPNs, you’ll have to pay a subscription fee.

Now you know the upsides and downsides that a VPN usage entails. A VPN can make your uTorrent use secure, but only you can accurately weigh the risks. It still remains your responsibility to torrent in a legitimate, law-abiding way.

Nevertheless, if you do decide to get a VPN, know that there are more benefits than those outlined above. A VPN can also help you access geo-blocked content from your country abroad, enjoy the best streaming libraries wherever you are, and keep you safe on public Wi-Fi.

How to use VPN with uTorrent

Using uTorrent with a VPN is very easy. Here’s how you do it, using Surfshark as the example:

Why Surfshark is a great uTorrent VPN

Aside from the basic protections that uTorrent users get from a VPN, Surfshark can offer these benefits: 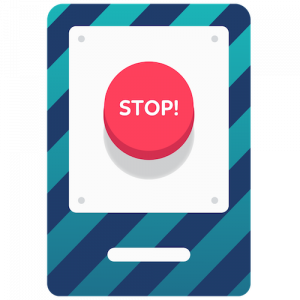 Kill Switch: if your VPN connection drops, the Kill Switch will disable your internet connection, keeping you safe. For instance,if you happen to have software issues while uTorrent is working in the background and you’re away from the device. That way, even technical difficulties that drop the VPN connection will not reveal your presence online. 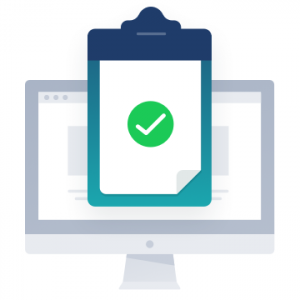 Strict no-logs policy: Surfshark doesn’t keep any logs of your activities online – this includes using uTorrent with a VPN. We don’t collect your data for any purposes. 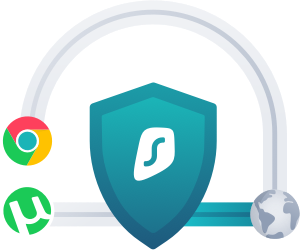 Whitelister (a.k.a. Split tunneling): use the VPN with uTorrent and whitelist any apps that don’t need it. There may be technical reasons why one app or another would not work well with a VPN – whitelisting it will spare you the effort of trying to coordinate its use and uTorrent. 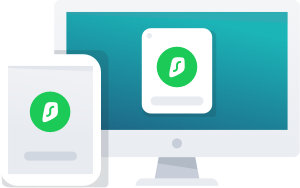 Unlimited devices: one Surfshark account supports an unlimited amount of simultaneous connections. This means you can have the VPN installed on a dedicated torrenting platform. Also, you’ll have endless VPN installs left to secure your phone, TV and other devices.

We have all used torrents at some point. We’re probably going to use uTorrent in the future. However, this places us in the crosshairs of copyright trolls and the law. It also leaves us at the mercy of ISPs.

A VPN used with uTorrent can encrypt your traffic and change your IP, thus making you invisible. It can also improve your download speeds if your ISP throttles torrent use.

What’s more, choosing Surfshark as your uTorrent VPN brings many other benefits. The Kill Switch will disable your internet connection if your VPN connection is disrupted, meaning that you won’t find yourself unprotected. Surfshark’s dedicated P2P servers will allow you to get the fastest connection you can expect for uTorrent VPN. Finally, its no-logs policy is another layer of security: Surfshark won’t collect any data about your internet use. And the list continues!

Whenever you use uTorrent, make sure that you’re also using a VPN!