/mo
Get the deal

How to change your Netflix region

Ever got excited about a show or a movie on Netflix just to find out it’s not available in your region? Copyright laws can ruin anyone’s day, but Netflix isn’t allowed to broadcast titles your country hasn’t purchased the rights to.

These are called geo-restrictions and you can bypass them by using a virtual private network (VPN) service.

With a VPN, you can change your device’s displayed location to make Netflix believe you’re streaming from a different place in the world and access content from that region. The best part? It’s perfectly legal and easy to do.

This step-by-step guide will show you how to access twice as much content with your usual Netflix subscription!

How to change your Netflix region to any country?

1. Choose a VPN plan if you don’t already have one. We’ll use Surfshark as an example. 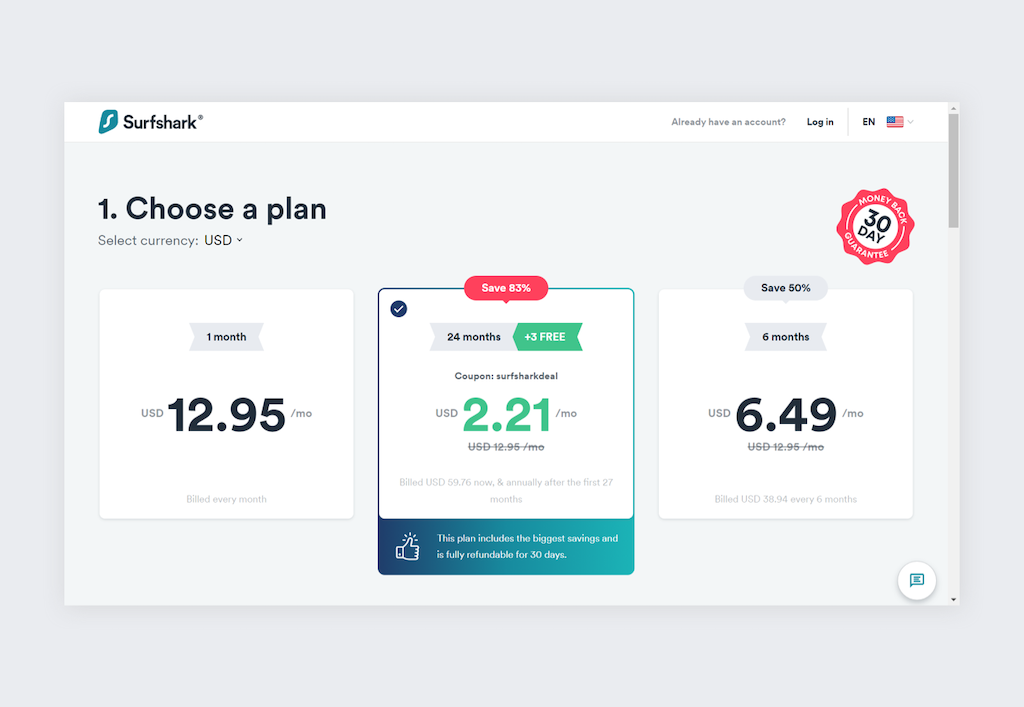 2. Log in to your account and download the Surfshark app for your device. If you wish to stream from an Android or iOS, visit Google Play or Apple Store. 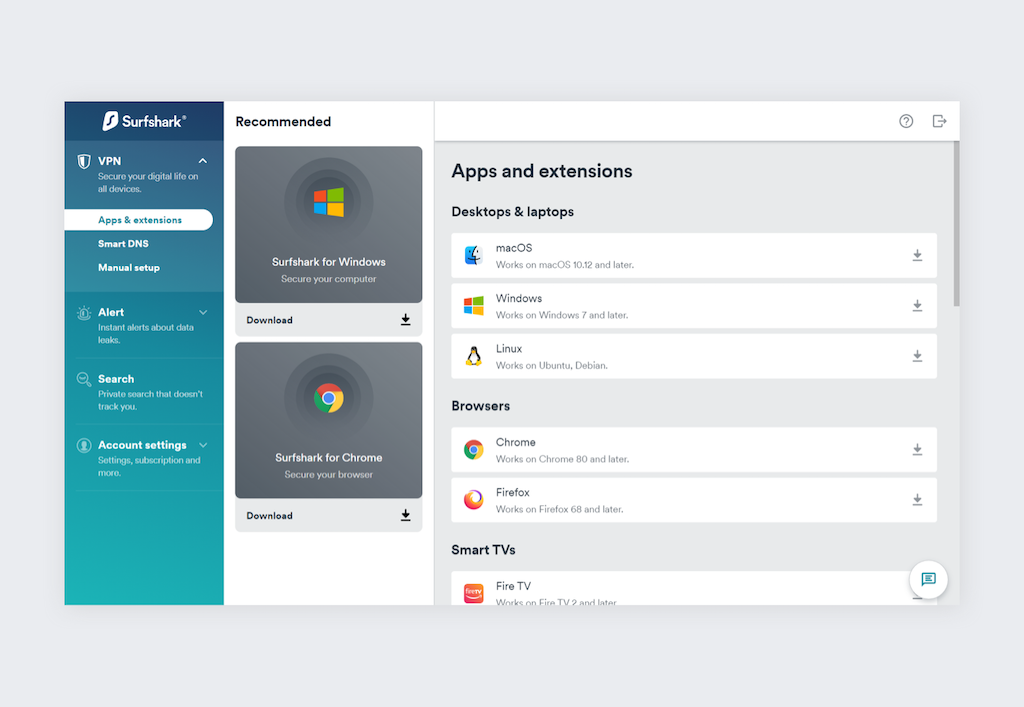 3. Install Surfshark VPN on your streaming device.  You can use one Surfshark subscription on as many devices as you want at the same time.

4. Open your VPN app and go to the “Locations” tab. 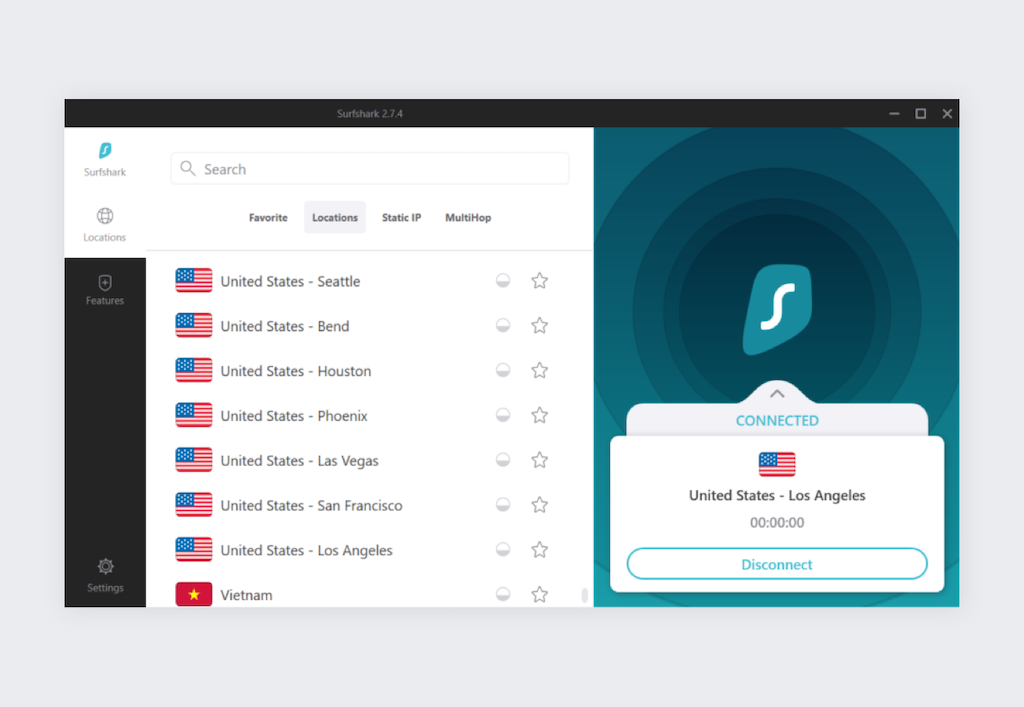 5. Pick a region you want to access Netflix in. For example, let’s say you’re in Australia and you want to stream US Netflix, then choose a US server closest to you.

6. Refresh your Netflix page, and you’re good to go! If, for any reason, you’re experiencing technical issues, check out our support page regarding Netflix errors.

Can I watch Netflix abroad?

Yes, you can use the same method as explained above to stream content from your original region when traveling or visiting other countries. Simply connect to a server located in your home area and enjoy your favorite content from anywhere in the world!

Netflix offers thousands of movies, shows as well as its rapidly growing library of Netflix originals to its users around the globe. But being the biggest streaming service provider in the world does not allow Netflix to ignore legislation when it comes to streaming content.

Every country purchases rights to movie and show titles separately. Netflix has to adhere to the copyright legislation for every individual country. That’s why every single region has different streaming libraries.

In short – no, it doesn’t. But streaming service providers often create an illusion that it is.

According to Netflix terms of use, VPNs and proxies used to bypass geo-restrictions are not allowed. Also, Netflix seeks to block users from accessing its website with a VPN by displaying proxy errors. It may seem concerning at a glance but don’t worry, you won’t get in any legal trouble with anyone or lose your Netflix subscription if you do.

Netflix is an international business and a big one at that. The company adheres to legislation and public performance licenses for each individual country because it has to. Since a VPN can bypass these rules, Netflix has to show that it’s doing something to fight it.

As an online streaming platform that makes money off of subscriptions, Netflix is not in any way inclined to pool its resources into stopping VPN users from accessing its services. After all, if someone’s accessing Netflix through a VPN, it still means that they’re paying.

Which Netflix regions does Surfshark unlock?

As of now, Surfshark can unlock 15 different Netflix regions. Much of the content in these regional libraries does overlap, e.g., Netflix originals and other popular shows and movies, but each of them holds some exclusive titles as well.

For example, Japanese Netflix users can stream 5,000 shows and movies in total, out of which 1,200 are inaccessible in any other region. The closest to that is South Korea with just over 500 exclusive titles, followed by the US in third place with 300. Adding all the top 10 countries with the most exclusives, you’d get nearly 3,000 extra shows and movies to choose from. 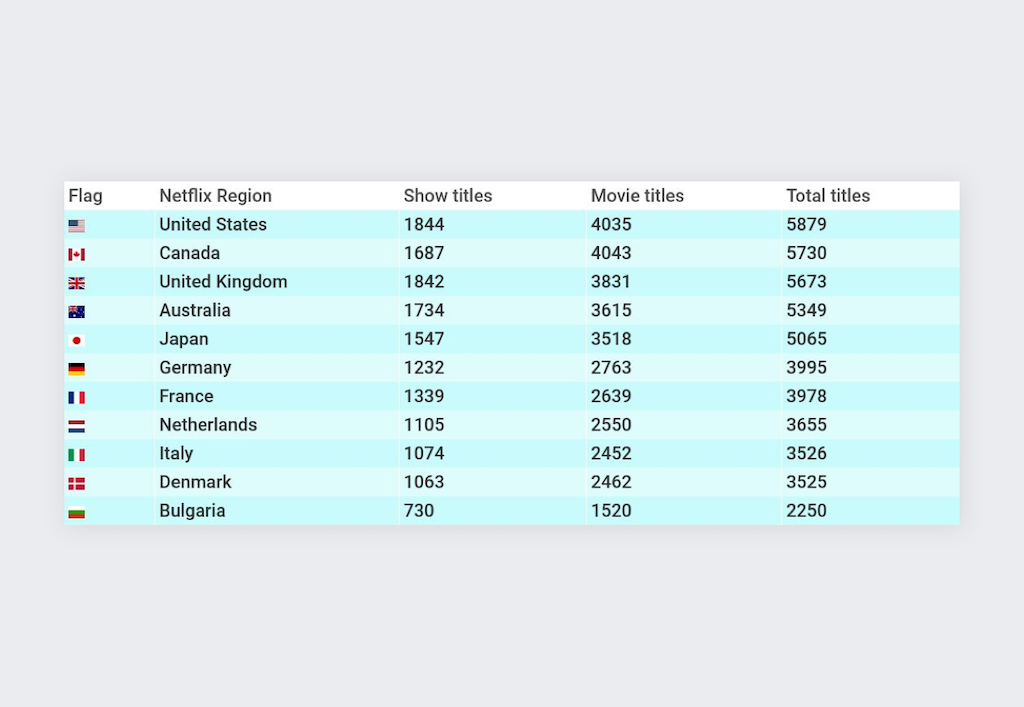 Can you use a free VPN to change your Netflix region?

While it might be tempting to just pop “free VPN” into Google Search and use it as a quick solution to try and satisfy that urge to binge-watch something, it is a bad idea on many levels. And I’m not just saying that to promote Surfshark – any paid VPN service will be by default better than a free one. Here’s why:

Get additional streaming and security benefits

In addition to unlocking geo-restricted Netflix content with Surfshark, you can also do the same with Disney+, Hulu, Amazon Prime Video, BBC iPlayer and HBO.

Aside from streaming, Surfshark VPN can also help you improve your online quality of life by:

What is WireGuard, and why is it great?

Tor vs. VPN – what’s the difference?