B. Lopes on women in cybersecurity: whether you’re a girl, a boy or a smurf – you should be treated the same

Women in the cybersecurity industry are still treated differently just because of their gender, not because of their abilities, claims entrepreneur Bianca Lopes, and adds: “I’ve been treated horribly in many situations. I have been offered disgusting propositions, I have been disregarded, I have been asked to serve water in meetings. I’ve been through my fair share of everything you can think of. But I am also very proud to be a woman”.

Bianca Lopes is a well-known entrepreneur, strategy consultant, a regular speaker at global industry events, and a recent co-Founder of Talle. She specializes in the intersection where humans meet technology. Since she’s also a mentor to other women in the cybersecurity industry, we spoke to her about what situations she had to go through to be where she is right now, and what helped her not to give up. This is the first part of her exclusive interview for Surfshark.

We recently spoke to Dr. Amelia Estwick, the Program Director at the National Cybersecurity Institute at Excelsior College (NCI), ex-Computer Science Researcher at the NSA she told us that she had to fight to become a woman technical lead. Do you think what women in the cybersecurity industry are still treated differently?

I think women are treated differently than men in general, in many shapes and forms. I’ve seen it in every industry I’ve worked in, and I’ve worked in a lot of male-driven industries: finance, construction, software…

However, there’s a part of me that doesn’t believe that everybody should be treated the same. Because we’re not equal humans – every human is uniquely and beautifully unique in their own way. I believe in diversity.

Where is the line between celebrating diversity and discrimination?

That’s where the line gets drawn for me. Unfortunately, there are still a lot of stereotypes that you fight within an organization or most industries.

Whether you’re young, like I’m young, and it’s not just that I’m a woman… If you’re a younger woman and if you’re borderline attractive, you must be dumb! Or you must be here for some other reasons, right?

I think that those generalizations are really a shame on those people more than it is a shame on their ‘targets’. It becomes a societal or an organizational shame when it’s tolerated. I think it’s not a “boy” or a “girl” issue, I have seen women watch other women get treated this way and not stand up for them. That, to me, is just as horrifying as the treatment itself. 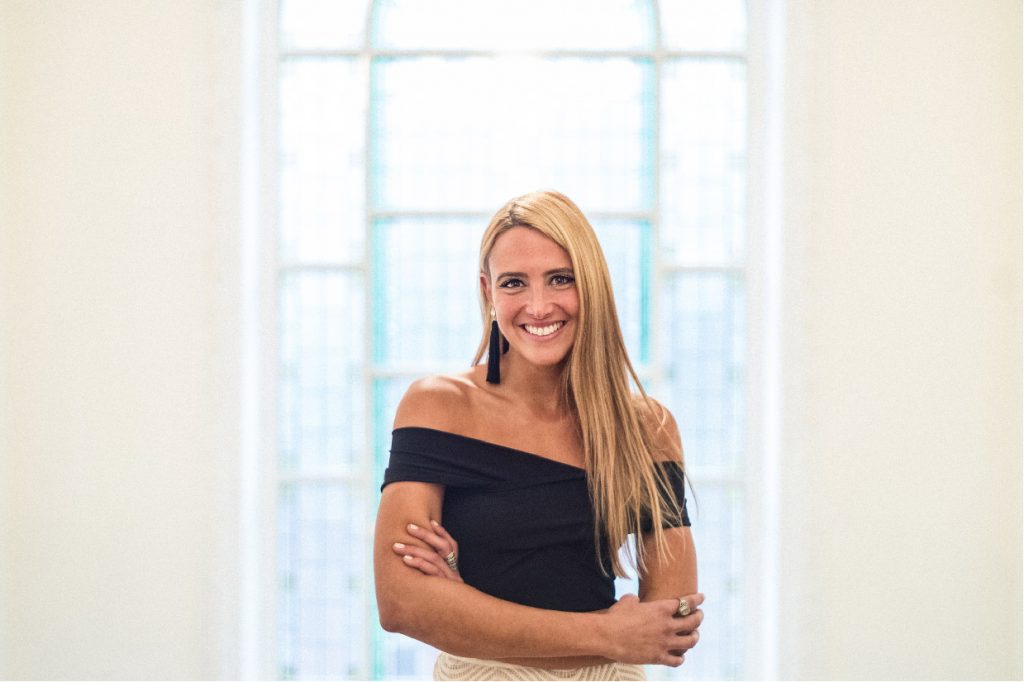 Why do you think this happens?

Women to me are the best example of it. If you look at history, we were locked in our homes when men were out to go fight a war or whatever, right? They learned comradery, we learned survival – we learned how to survive alone in our villages, and we got segregated instead of being powerful together. And you see this happening in today’s world. Women are notoriously gasped for little groups and rivalries instead of support.

I was in the debate the other day about these groups of women in identity vs. women in tech vs. women in whatever. I asked, can we just acknowledge here that I don’t care if your group is better than her group because we’re all just trying to do the same thing. How about we turn in and celebrate the fact that maybe you have niche expertise that the other one doesn’t have, and how do you help each other? It’s just so sad, but it’s human nature, which to me, is the lack of self-awareness and true purpose in most activities around this topics.

What is the goal here? What are you trying to accomplish or change in the world?

Have you ever been in a situation where you were mistreated? What was your reaction?

I’ve been treated horribly in many situations. I have been offered disgusting propositions, I have been disregarded, I have been asked to serve water in meetings. I’ve been through my fair share of everything you can think of.

But I am also very proud to be a woman, and I’m very grateful. I’ve also used to be like: OK, you want to think I’m the secretary? No problem! Let me play real dumb and see what I get out of it (laughs).

It’s called having a vantage point of perception. And being confident in who you are as you monitor how your inner voice speaks to the most important reaction in the room.

Yours. Your inner dialogue from that moment of aggression towards yourself worth is what will determine the next steps. Control what you can. Your reaction. After all, the dufus who said this horrid thing is likely not very deserving of your precious energy.

What helped you to persevere these situations and even become a mentor to other women in the cybersecurity industry?

I think it’s having my ego intact. There are two ways you can fight that situation. You can be horrified, which I certainly was. In that particular time, I was pretty young, and I remember going to the bathroom crying and hiding my tears. Today, would I have cried? Probably not. Is that a good thing? Probably not. I had every right to cry, that was not a nice way to treat a human. Period. No matter who you are. You used my physical appearance to judge my abilities. And that happens to disabled people every day. You could have really hurt me if I was in a fragile moment. I think over the years in this industry, I’ve just learned how to build strength and find my tune.

I remember working at a bank and being told I shouldn’t wear color because it wasn’t a carnival. Quite an offensive comment from an executive. And I was wearing a yellow suit. It was perfectly up to dress code, quite fashionable, and extremely professional. It was that he didn’t like color. I think you just need to learn how to turn the other way.

You look at the people in my industry, I’m the youngest one by a long shot most times.

I’m one of the  few women in the business. I hope I can serve as an example not because I’m great and I want a medal. But just because every other girl sitting out there can too. She just needs to realize she can, or put her mind to it.

Also, understand that there’s some shitty-ass times, and some awful things she’s gonna have to deal with, but so is life, you know. It’s about what kind of boundaries you set for yourself in this process. What has allowed me to persevere me through the difficult times, is the sense of purpose. It’s the sense that I’m doing what I’m doing because I really love what I do, not because somebody else told me to do this.