Sure, you can download VPN apps to protect your smartphone and your laptop. But what about all the other stuff in your home? What about your Internet-of-Things fridge, your robot vacuum cleaner and your smart TV? There is a way to secure them in one go.

You can do that by getting a good VPN-capable router. A VPN-enabled router will broadcast a signal that’s already encrypted and safe. With that in mind, we’ve prepared a list of the best VPN router options available to you in 2021.

What is a VPN router?

A VPN router is a router that has a VPN running on it. Such a router is able to support a VPN client (not all do) and one has been set up on it. Once a VPN client is running on a router, every device that uses it to connect to the internet will be automatically protected by the VPN.

Why do you need a VPN router at home?

Typically, your traffic is unencrypted. This means that your ISP can record your data for various purposes. You can be spied upon. A VPN encrypts the traffic, making your data useless for anyone who’s trying to steal it.

Most VPN providers limit the number of devices you can connect. Surfshark doesn’t – it allows you to have an unlimited number of simultaneous connections working all the time, all with a single subscription. However, installing a VPN on every device is a chore – and some devices might not even support it.

By setting up a VPN router, you instantly protect all the smartphones, tablets, computers, smart TVs, and game consoles that use it. No need for separate installs and no chance of forgetting to turn on the app. Also, it will keep any of your guests who use your Wi-Fi secure as well!

Aside from increased security, having a VPN router will allow you to access whatever content you want on whatever device you have connected. No more region-locked YouTube videos, no more limitations on streaming libraries!

What is essential in a VPN router? Mostly the same things that are important for any router. But here are the specifications we judged to be the most important when choosing a VPN-compatible router:

With this in mind, you’ll be able to easily compare the routers in our list (and in your daily life). Check if any of the listed below catch your eye!

Attention: these routers don’t come pre-flashed (set up with a VPN). You will need to acquire and install a VPN on the router yourself. We offer guides for setting up Surfshark on a router. You can also buy a pre-flashed router with Surfshark already on it.

Synology RT2600AC is a VPN router for home use. On its own, it’s a great router that offers excellent speed and great connections. Synology RT2600AC makes the best use of that 802.11ac standard. It works in a quad-stream(4×4) setup, ensuring high speeds. MU-MIMO allows bandwidth to be used efficiently.

Synology RT2600AC has a faux-OS you can access online. You control a lot of its functions via this desktop-like platform. Also, Synology has gone to great lengths to provide documentation for this router. Manuals and help articles are easy to find and easy to read.

The router has a dedicated app store for plugins that expand its functionality. If you are an advanced user, you’ll appreciate the SD port. Use it to expand the storage space available in the router if needed. It won’t be hard to turn Synology RT2600AC into a NAS server either – just add a hard drive and download the right package.

Asus RT-AC88U was described as “The Lexus of wireless routers” in 2015, and it’s still going strong in 2021. It is also one of the best routers for large homes that are heavily invested in online gaming. Add in the VPN router functionality, and it will be a large, safe gaming home.

The four antennas on the Asus RT-AC88U can cover an area of 464 square meters. 1000 Mbps is a fantastic speed for the 2 GHz band. And it’s not bad in 5 GHz either. With MU-MIMO, the bandwidth will be allotted very efficiently.

More than that, the router can prioritize gaming traffic to make sure that you won’t suffer from lag. These and many other functions can be fine-tuned via the web interface. It is also used to install the router in the first place.

Asus RT-AC88U has two often-listed downsides. USB 3.0 port is on the front of the router, which is uncomfortable. It is also said that the router has mediocre NAS server performance. However, if you want a VPN-compatible router that will secure a whole space in one go, it’s perfect for you.

Whether you’re a fan of video streaming or online gaming, the Asus RT-AC86U router is an excellent choice. It’s a robust MU-MIMO-enabled router that supports a variety of VPN protocols.

As a midrange VPN router, it has a respectable 2167 Mbps max speed on the 5 GHz band and 750 Mbps on the 2.4 GHz band. It’s easy to set up as well: you can use either the Setup Wizard or do it manually.

The Asus RT-AC86U Router delivers excellent all-around performance. In addition to a VPN, it comes with Trend Micro protection from infected clients and malicious intrusions.

If you’re looking for a mid-range router that doesn’t drop your internet speed while using a VPN service, Asus RT-AC86U is a top choice.

Of course, Mango has to sacrifice one or two things to be that small or cheap. The Wi-Fi signal doesn’t provide great speed and only comes in via the 2.4Ghz band. The benefits of multiple antennas or ports are also mostly missing. However, many of these things aren’t strictly necessary in a modem meant for mobility and for turning local insecure networks into secure Wi-Fi hotspots (by having a VPN installed on the router, of course).

Asus RT-AC5300 is a VPN router that doesn’t play around. It features an enormous amount of antennas – eight of them. It’s also loaded with all the modern features you could hope for, which should satisfy the most demanding of homes.

It is a fast router: the 5 GHz band offers a speed of up to 2167 Mbps, and it can go up to 1000 Mbps while on the 2.4 GHz band. The eight antennas are there to enable tri-band (that is, two 5 GHz and 1 GHz) sending and receiving. Combine that with MU-MIMO and features like ASUS Smart connect, and you’ll have great connections no matter how many devices you have at home.

As expected with a high-end router, it’s loaded with advanced management and basic settings. The Asus RT-AC5300 is an excellent choice for high-resolution video streaming or online gaming.

What are the limitations of VPN routers?

Now, it’s not all sunshine and rainbows when it comes to VPN routers. There are several downsides to consider:

Now that you’re mindful of the benefits as well as downsides of VPN router use, you can make your choice on the matter. How about a few recommendations to get you started?

The Surfshark support team has a lot of experience in working with our customers. Therefore, we have VPN router recommendations selected specifically for you:

Do you already have a router that supports a VPN? You can always check online by searching your router model and checking the specifications. If it does, you can turn it into a VPN hotspot by getting Surfshark. Due to our unlimited devices policy, you’ll be able to cover not only your router but the devices you take with you while you’re away from your secure home.

Don’t feel like setting up a VPN on a router yourself? There are routers that come with Surfshark pre-installed and configured. 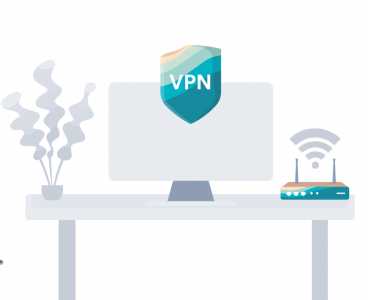 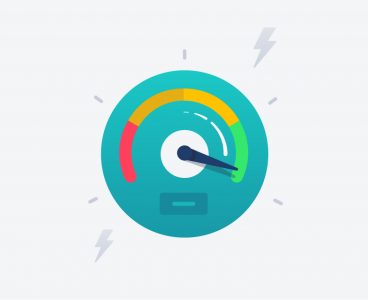 Is VPN Slowing Down Your Internet? Here Are 8 Easy Tips to Resolve It