How To Use VPN with Pokémon Go

Bored with the local variety of Pokémon on Pokémon Go, you have decided to turn to a VPN for help. But how do you use the VPN with Pokémon Go without getting blocked to kingdom come? Where do you start with this operation? Luckily for you, this article will answer just that.

There are several good reasons to get a VPN for Pokémon Go. The first one is that some people just can’t play the game in their country or where they live, work, or study. Another big reason to use a VPN with the game is the fact that a VPN is vital to changing your device’s location.

Yes, you’ll need to also use a GPS spoofing app (unless you use Surfshark on Android, in which case it’s a feature of the app), but it’s better than resigning to a world of hunting endless Rattatas. With a proper VPN and GPS spoofing setup, you will no longer be tied to all the same gyms, spawns, and stops. Also, it’s the way to not get banned for pulling location switching shenanigans.

By reading the article, you’ll find the instructions on how to do all of those things.

Using Pokémon Go with a VPN 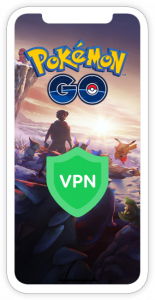 Having a VPN and a GPS spoofing working together is essential when playing Pokémon Go if you do not want to get banned from the game forever.There are two things Pokémon Go checks to ascertain that your phone is where it is:

1. Your IP address
2. Your GPS coordinates.

VPN can take care of the former easily: after all, half of the benefit of having a VPN app is connecting to a server somewhere else. That’s how you spoof streaming services that don’t make their full libraries available in your country!

Yet this does nothing for the GPS coordinates. Now, these are very important for the operation of Pokémon Go for obvious reasons.

Keep in mind, that spoofing GPS without having a VPN on (and connected to a server in a matching location) is a surefire way to get blocked on the game. So let’s make sure it doesn’t happen by following the necessary configuration practices on both Android and iOS devices.

Using Pokémon Go with a VPN on an Android device 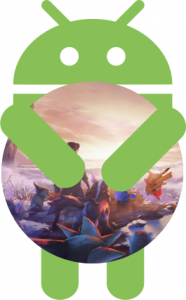 IOS and Android are very, very different operating systems. What works for one will not work for another. So here’s the guide for Android device users.

Note that if you already use Surfshark on Android, the procedure is different due to its inbuilt GPS spoofing feature. You will find that guide in the next section. 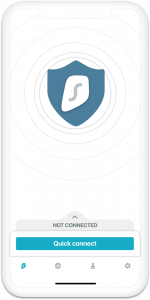 As mentioned earlier, the Surfshark app for Android comes with an inbuilt GPS spoofing capability. The process of setting things up is much easier than using separate GPS spoofing and VPN apps:

Disclaimer: Spoofing your device’s location to overcome limitations is your own responsibility.

Using Pokemon Go with a VPN on iPhone 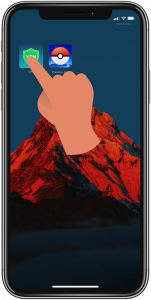 Spoofing your GPS location on Apple devices is a lot harder for one reason: one of the steps requires you to jailbreak your phone. One of Apple’s peculiarities is that its products are a closed, controlled system. The kind of changes necessary to use Pokemon Go with VPN on iPhone require the ability to install third party apps – jailbreaking!

Using a VPN outside of Pokémon Go

There are benefits to VPN outside of boldly going to a PokéStop where many had gone before (because you connected to the New York server). Here are several of them:

Keep yourself safe on public Wi-Fi. 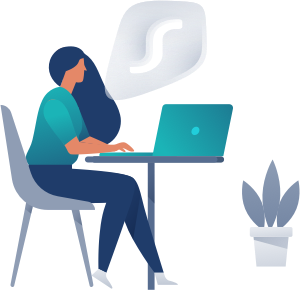 If you’re physically going downtown to Catch ’Em All, a VPN will protect your data when you connect your public Wi-Fi. Criminals don’t need Pokeballs to catch your data, after all.

On a network that blocks SoundCloud and games other than Pokémon Go? VPN encrypts your data and makes short work of all sorts of blocking services.

Streaming services like Netflix and Crunchyroll don’t make their entire libraries accessible anywhere in the world. This is not cool – and you can overcome it via the magic of VPNs.

Get away from pesky ads. 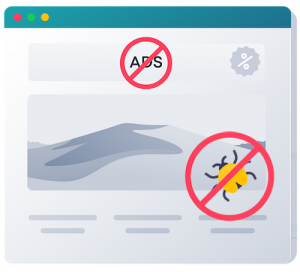 Imagine that the internet is the Connecting Cave, and ads are Zubat. In this allegory, you just wandered into the Cave. Well, with a VPN that has an adblocker (like Surfshark), you’ll stay safe from ads that want to endlessly annoy you no matter where you go.

Your ISP may be slowing down your internet when you’re streaming video, playing games online, or downloading torrents. A VPN casts “Embargo” on the server, and you’re back on track!

Pokémon Go is fun, but Pokémon aren’t always where you are. That’s why you may need a leg up just like Pidgey needs TM14 to learn “Fly.” Use a VPN with a GPS spoofing app – or a VPN app with inbuilt GPS spoofing like Surfshark – and the world will be your Cloyster. And when you put down your phone, know that VPN can do many more things for you!

Use Pokémon with Surfshark 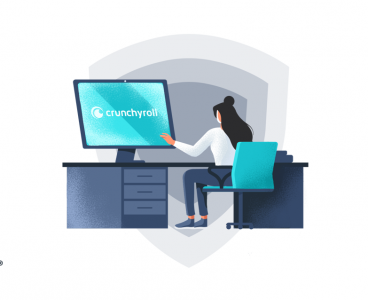 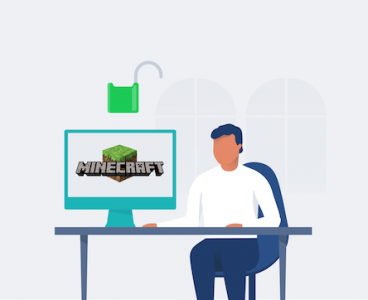 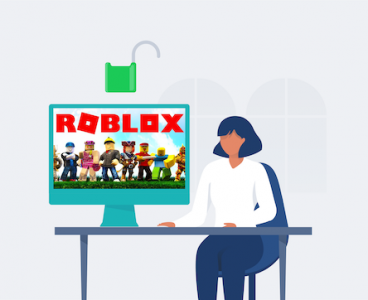 How to Unblock Roblox in 3 Steps